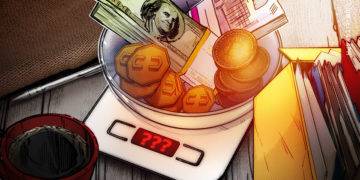 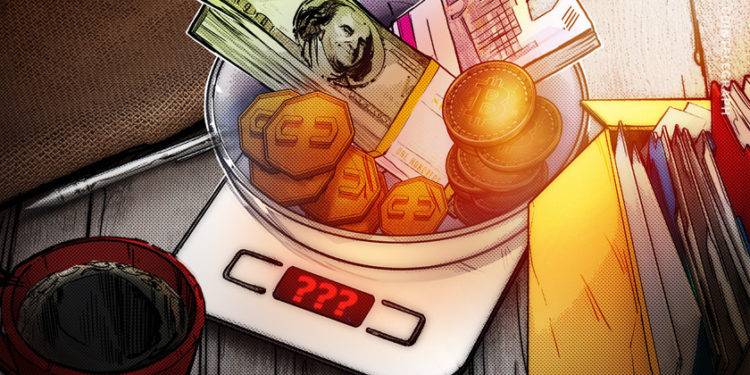 Cryptocurrencies reached a “tipping point” last year, Gemini’s 2022 Global State of Crypto report says, “evolving from what many thought was a niche investment into an established asset class.” This is what Gemini says happened.

30,000 adults in 20 countries across six continents were surveyed for the study. It also made a strong case that inflation and currency devaluation are big factors in people using crypto, especially in emerging market (EM) countries.

People in Brazil who were surveyed by Gemini said they planned to buy crypto in the next year. The real, the country’s currency, fell 218 percent against the US dollar between 2011 and 2021, which means there was a lot of inflation.

South Africa’s currency, the rand, has lost 103 percent of its value over the last 10 years, which is second only to Brazil out of the 20 countries in the survey. In the next year, 32 percent of South Africans are expected to own cryptocurrency.
Mexico and India, the third and fourth most devalued, or inflationary, countries, both had the same pattern.

It’s been 10 years since the U.S. dollar went down against the currencies of Hong Kong and Britain.
5 percent and 8 percent of people surveyed in those countries said they were interested in buying crypto.

What can be learned from this?
Depending on where you live, Noah Perlman, the CEO of Gemini, sees different ways that crypto can be used, and this can change.
Then, he said:

“In countries where the local currency has been devalued against the dollar, crypto is viewed as a ‘need to have’ investment, whereas in the developed world it is still largely seen as ‘nice to have.’”

Winston Ma, a former managing director and head of North America for China Investment Corporation, makes a big difference between an asset that works as an inflation hedge and one that is used as a currency replacement.

“Inflation hedge” status hasn’t yet been achieved for crypto currencies like Bitcoin (BTC), he says. Gold, on the other hand, has already achieved this status.
They have been more like growth stocks in 2022.
“Bitcoin was more closely linked to the S&P 500 index and Ether to the NASDAQ than gold, which is usually thought of as an inflation-hedge asset.”
But, things aren’t the same in some parts of the world:

“In the emerging markets like Brazil, India and Mexico that are struggling with inflation, inflation may be a primary driver of cryptocurrencies’ adoption as a ‘currency replacement.’”

The Amber Group, which is based in Singapore, is an institutional sales director for digital assets. Justin d’Anethan told Cointelegraph that in the early days, and even now, adoption has been driven by countries where currency stability and/or access to proper banking services have been a problem.
People in developing countries are more interested in alternatives to currencies that can be easily devalued, he said.

“On a USD notional basis, the larger flows might still come from institutions and more developed countries, but the growing number of actual users will probably come from places like Lebanon, Turkey, Venezuela and Indonesia, among others.”

This is what Sean Stein Smith, an assistant professor at Lehman College, told: “Inflation has been and will be a big driver of the adoption of Bitcoin and other crypto assets all over,” he said.

There are still many factors that play a role in whether or not people use it, said Stein Smith.
Crypto assets are becoming more popular with investors and entrepreneurs because they are “immediately accessible,” “traceable,” and “cost-effective” ways to make transactions.
A lot of the time, “the potential capital gains and returns of crypto assets” are what make people want to use it.

In the Asia Pacific and Latin America regions, 39 percent and 37 percent of survey respondents, respectively, said that “legal uncertainty around cryptocurrency,” tax questions, and a lack of general education could keep people from using them, the report said.
Some people in Africa said more educational materials to help them understand cryptocurrencies were needed.

Cointelegraph spoke with Monica Singer, the head of ConsenSys in South Africa. “It’s not just inflation, it’s also about empowering our youth to have a better life than their parents and not be afraid of failure or be loyal to the legacy financial markets and products,” she said.
There is also a big problem in Africa with people having to depend on cash and remittances and getting social grants, which is a big problem there.

The future of money?

People who live in places where inflation is high are more likely to think that cryptocurrencies are the future of money.
It’s what the survey said:

“The majority of respondents in Latin America (59%) and Africa (58%), where many have experienced long-term hyperinflation, say that crypto is the future of money.”

Will the Ukraine conflict impact adoption?

A lot of people are talking about crypto now because of the Ukraine-Russia war, says Stein Smith. “Especially because Ukraine’s government has asked for over $100 million in crypto donations since the war began,” he says.

“This real-world demonstration of the power of decentralized money has the potential to turbocharge wider adoption, broader policy debate and increased utilization of crypto as a medium of exchange moving forward.”

But, the war may not affect all parts of the world that aren’t rich.
It doesn’t matter what’s going on in Ukraine to the demand for crypto in Africa,” Singer told us.
Other things are more important.
There is a lot of distrust in government in many African countries, as well as a lot of young people who know how to use their phones and the internet.

There has been a lot of success with Mpesa in Kenya, for example, which has had a big impact on Africa. This could lead to more crypto adoption.
“It’s very much in line with the African spirit of making a plan when everyone you trust doesn’t work out,” she said.

If you think about it this way, Ma sees the Ukraine crisis as a kind of crisis check for cryptocurrencies.
This is what he said recently in an interview: “The Ukraine-Russia War has been a stress test for the payment rail of cryptocurrencies when there is a lot of global uncertainty, especially for people living in emerging markets.”

With inflation and currency devaluation, many people worry about them all over the world.
In places like this, Bitcoin and other crypto are now being looked at as possible currency replacements – the “future of money.”
People in the developed world don’t usually do this, but that could change, especially if there are more rules and more people learn about them.
She told the interviewer, “It seems that even Western nations are paying more attention to inflation and how it will affect the value of their cash.”