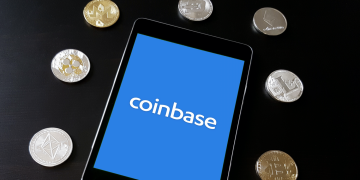 “This is particularly important as we work with regulators and agencies in different countries to bring new assets there,” Coinbase’s director of engineering and product, Varun Srinivasan, told CoinDesk. He added that Neutrino would help Coinbase identify “which new tokens are gaining value and gaining traction in the space.”

Neutrino’s eight employees will move into Coinbase’s London office this week, retaining their distinction as a separate entity in order to continue serving external clients. Srinivasan said this acquisition will help Coinbase research new assets while simultaneously ensuring the cryptocurrency exchange can identify undesirable activity, like theft, without handing over internal information to external companies. Financial terms of the deal were not disclosed.

The move comes just a few weeks after Israeli blockchain analytics firm Whitestream identified a Coinbase account that was funneling bitcoin donations to the Palestinian military-political group Hamas, which the U.S. government deems a terrorist organization. Coinbase declined to comment on this incident and Srinivasan said the Neutrino acquisition was already in the works for some time.

Broadly speaking about the benefits of owning an in-house analytics platform, Srinivasan said: “We are beefing up our abilities to do compliance and to work with regulators on issues across the space.”

Neutrino CEO Giancarlo Russo said in a statement that the acquisition was an “important milestone” for innovation in Italy, where it is based, adding:

“We decided to join Coinbase because we’re totally aligned with the company’s mission of building an open financial system and we share the same commitment to regulation, compliance and security in the cryptocurrency space.”

Compared to its competitors, such as Whitestream and Chainalysis, Srinivasan said the Neutrino team was working much faster to include features for cryptocurrencies beyond bitcoin. Plus, Neutrino’s European connections could help Coinbase gain a foothold in that region.

“They’ve done a really good job of building up in the European market,” Srinivasan said. “But we want to bring them to the American market and the international market and introduce them to companies that are doing all kinds of things with crypto that need blockchain intelligence.”

Srinivasan prefers the term “blockchain intelligence,” rather than analytics because it includes the aim to predict trends based on data insights, among other applications.

Blockchain analytics is becoming an increasingly important part of the broader cryptocurrency landscape.

Jonathan Levin, co-founder of the rival blockchain analytics firm Chainalysis, told CoinDesk his company is now working with 100 clients across the industry, including exchanges.

While Coinbase was busy acquiring Neutrino, Chainalysis raised a $30 million Series B and opened a new office in London, preparing to expand even further into the European market now that the European Union’s Fifth Anti-Money Laundering Directive is expected to inspire new compliance requirements in several countries.

“Our revenue in 2018 quadrupled,” Levin told CoinDesk, declining to specify how much Chainalysis earned. “We’ve definitely seen an increase in demand across the board. And that’s because we’ve seen greater clarity in regulation, in APAC [the Asia-Pacific region] and in Europe.”

Coinbase has a significant amount of historical data that could help differentiate Neutrino from younger analytics startups. Overall, Srinivasan said Coinbase is looking to become the “Google of crypto” with “many different products” across the sector.

Srinivasan also added that several other acquisitions are still in the works related to smart contracts and diversifying crypto-asset offerings.

“If we see a really great team that’s built a really great product, like Neutrino, for example, you’ll see us go out and talk to them and try to bring them into the Coinbase family to extend the suite of products that we have,” Srinivasan said.