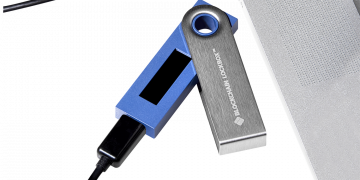 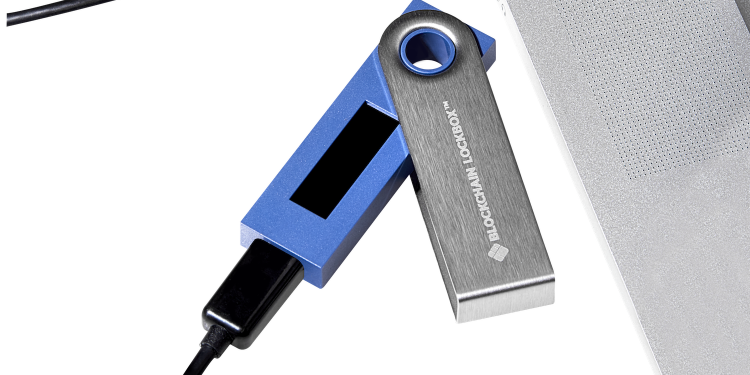 One of the oldest software wallet providers in the cryptocurrency industry is launching its first hardware product.

Announced Thursday, Blockchain has partnered with hardware wallet maker Ledger and started taking orders for a new handheld device called Lockbox. The first batch of shipments will go out in November.

While there are a number of hardware wallets on the market, Lockbox stands out in two ways, according to Blockchain CEO and co-founder Peter Smith. First, in addition to storing funds offline like other devices, it will facilitate crypto-to-crypto trades through Swap, the company’s native brokerage, which is launching next week.

The aim is to make trading easier with an all-in-one account, Smith told CoinDesk, explaining:

“For us, what’s really important right now is to get the product to a point where you don’t need other places to complete your user actions in crypto.”

Further, unlike other hardware wallets, Lockbox is “endpoint-controlled,” Smith said. In other words, while the wallet connects to the internet by plugging into a computer, a special key set inside the device will only allow it to connect with legitimate websites, deflecting phishing attempts by fake versions of external platforms like MyEtherWallet, for example.

Much like Blockchain’s online platform, which garnered nearly 30 million accounts since its founding in 2011, the Lockbox will mainly support bitcoin, ethereum, and bitcoin cash. However, the team said they are willing to consider adding support for additional assets if there’s proven user demand.

Smith added that although his company will be selective about which assets it supports on Lockbox, the Swap brokerage will allow the whole Blockchain platform to expand crypto offerings faster than ever before because it will not be solely reliant on external liquidity sources.

“We built a machine trading platform,” he said. “It connects to different liquidity [sources] across the ecosystem, everything from different exchanges to market makers.”

As a result, “I think we will be more aggressive on adding assets in the next six months,” Smith said. “In the long run, I see our trading system being both a consumer and a provider to DEXs,” or decentralized exchanges, where traders retain custody throughout the process.

All this will be made easier by Ledger’s full scope of support for a variety of cryptocurrencies, scheduled to reach support for 100 assets by 2019.

“It’s the first big deal between our two companies and there may be more in the future,” Ledger president Pascal Gauthier told CoinDesk. “When we design technology for us, we design also for our partners. So whatever features we make for the Nano S, we will also make available for our partners, should they have the need.”

In the meantime, altcoin traders will be able to pair Ledger’s multi-coin Nano S devices with Blockchain wallets for a smoother trading experience.

While Ledger handles the manufacturing side of Lockbox, Blockchain is focused on creating a holistic mobile and platform experience. This collaboration is indicative of a broader shift among industry incumbents seeking to reduce friction for traders, who must generally juggle multiple exchange and wallet accounts, and conduct extensive research about platforms’ security before connecting their devices.

“With our products, you can go from cold to hot [storage] in a heartbeat and the device will never reveal the key, so it means that it opens many avenues, especially for traders,” Gauthier said.

Concurring with Smith on the role of hardware wallets in DEX platforms, he added:

“We believe our security systems and the types of devices that we have will be at the heart of this [DEX] industry.”

Speaking broadly to hardware wallet innovations over the past year, Johns Hopkins cryptography professor Matthew Green told CoinDesk the crypto industry is “relearning some of the lessons that smart cards and the secure devices community have learned over the years” about security.

On the other hand, Green said there are still design factors that could help improve the devices’ usability, such as more buttons for entering passcodes without relying on a computer for account management.

In Green’s mind, the perfect hardware wallet would let users “generate transactions directly without connecting to your computer.”