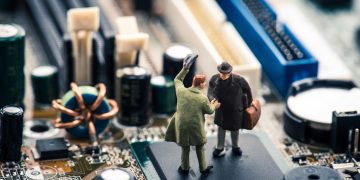 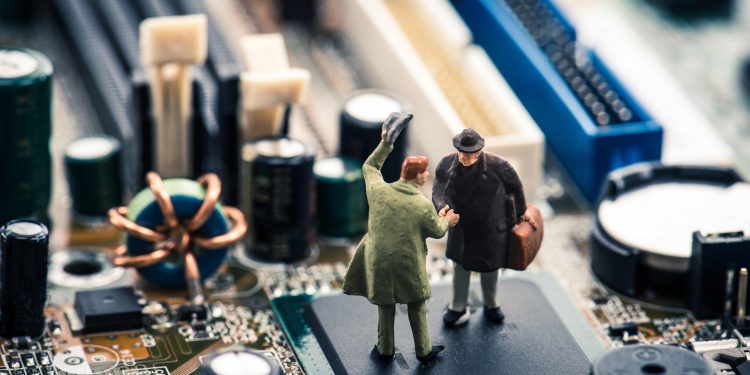 Maja Vujinovic, a member of CoinDesk’s advisory board, is the CEO of OGroup LLC and a former Chief Innovation Ofﬁcer of Emerging Tech & Future of Work at General Electric.

As technology infiltrates our lives, a fundamental conflict is emerging in society, one brought on by two, intertwined forces. First, our existence is framed by a never-ending race for efficiency and productivity, or in the case of the crypto community, for the perfect model, for perfect consensus. But this clashes with the human search for a purpose and meaning, whose discoveries often invalidate applications of technology that otherwise seem perfect on paper.

It’s in this context that the broad concept of “blockchain” matters. Since my very first encounter with it in 2011, and over the course of my experience as an investor, entrepreneur and corporate executive in this space, I have come to this realization: blockchain is not a technology. In isolation, as a model, it will not be the solution to all our problems as propagated by innumerable hyped-up articles. “Blockchain” as a concept has the potential to be extraordinarily powerful if and only if, we as a society are willing to change our own direction and purpose.

The core characteristics of blockchain, with its intent to generate an ostensibly immutable record of history, a commonly shared “truth,” offer us a fresh opportunity to re-think and re-design our behavior, to organize our decision-making and to reach the heart of our existence. It forces transparency while highlighting human inefficiencies, bringing to light our propensity to deceive in order to usurp power. And it highlights that it is we, the humans in the middle, who stand as the principle obstacles to our efforts to build the best version of our societies, our companies and our world.

In short, the principles that underpin blockchain point to a potential resolution of the conflict that technological change imposes on our search for meaning. The irony is that if that potential is to be realized, we must also embark on some deep soul-searching and enact change from within.

The real obstacle – a megalomaniac culture

On can be forgiven for concluding that those with the power to organize modern society have imbued it with a kind of melancholy meaninglessness. We take on jobs that do little else but shuffle papers, or we move financial line items from one place to another, often without adding any productivity or positive outcomes.

We complicate things, we create charts and models and presentations to uphold our smarts, our egos and most importantly, our power. Having lived and worked in 14 different places around the world, I can vouch for the fact that this power-driven structure, a system that thrives on fear, is universal. Human society itself needs to change before technologies and new ideas can have a meaningful impact we seek.

Without that, “blockchain” will be nothing but a buzzword.

We’re all aware of the resistance to innovation that exists within companies and other organizations, but we tend to describe it in clinical, structural terms and so miss the bigger picture. We need to go deeper.

We must address the underlying fears that guard against meaningful change. Unless we stop being avaricious, this hype of “blockchain” will only have random impact in random places. We will be back to “shuffling,” and this time not of paper but of exabytes and exabytes of data controlled and manipulated by an exclusive few.

A human problem, not a technological one

The limits to blockchain realizing its potential are typically described by computer scientists in terms of the “scaling problem:” that it is too costly to amass the massive amount of computational power needed to replicate the processing of all the world’s
transactions “on chain” across multiple nodes. This is indeed a problem, but it’s one that some very smart people are striving to overcome.

I believe a far greater obstacle to blockchain’s success lies in our collective lack of imagination and in a generalized unwillingness to create models that do not feed into the current capitalist system. The success or otherwise of blockchain solutions is too often framed in terms of the quarterly results expected by shareholders and by a blind adherence to the incumbent mode of operation.

All of that puts a block on true innovation.

A small example: When I was at GE, we explored ways to better utilize the large amounts of electricity that’s generated when the aviation division conducts legally mandated test of its customers’ engines. Most of that electricity is grounded and left unused. So, we proposed using that excess power to mine cryptocurrencies as an alternative means of financing the aviation division. The CEO of that division nixed the idea. It was too much of a change.

This resistance to change is not just present in the corporate culture of established incumbents. After leaving GE, I entered the startup crypto world, and there I found that similar barriers to open, peer-to-peer collaboration exist within crypto developer communities.

Power, competition and profit motives create these barriers and lead to a waste of resources, ideas and time. The central issue of self-interest results in a duplication of work. Ten different companies will tackle the same problem, each developing their own
“best versions of blockchain.” They compete for dominance when a collaborative approach could better solve the problem at hand.

Technology is not the obstacle here. If blockchain is to scale to the point where it can be relevant to the existing economy, then, we also need to change the mindset and motives that drive the crypto startup community. Harnessing the potential of blockchain is not technology problem, but a human one.

Solution – a radical shift in ideology

All is not lost, though.

There is a demand for change swelling in the general public, one to which all organizations, big and small, must respond. A zeitgeist against surveillance capitalism is going to demand that organizations relinquish centralized control over data and assets, re-empowering users. This will both force and enable companies to embrace aspects of decentralization. Evidence of this shift is already emerging in the rhetoric, if not yet the actions, of social media companies such as Twitter and Facebook, which are talking of promoting decentralized control of assets and identities, of privacy, and of peer-to-peer transactions.

The right to privacy is a basic human right. We are the creators of data that is exploited and owned by corporate giants and the government. In the next generation of the Internet, we need to shift power from these centralized systems to we who reside at
their edges, so that we protect our data and self-monetize the assets that arise from it. Blockchain potentially has a role to play in this, but only if its own ego-driven fiefdoms can step aside and collectively work on standards and systems that are in the common good.

We need to foster the development of a systemized collaborative community to bring about the change we need. What does that look like in practice? It means we must create pan-company consortia to develop reliable standards and scaling solutions that aren’t hijacked by special interests inside either corporate incumbents or dominant crypto startups.

It means we must define a role for government and civil society in setting the right legal and self-regulatory framework within which blockchain technology can develop in the common interest. It means educational programs to enable thought-leaders and doers who demonstrate an openness and willingness to utilize this technology in creative solutions with a real purpose. And it means exercising agility, not only in the workspace but also in our mindsets – to continuously bend, and not break.

It is our responsibility to inspire this ideological change, to break free of models that optimize only to the demands of the existing capitalist system, It’s difficult, but it’s doable.