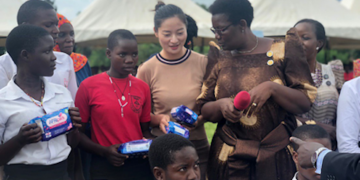 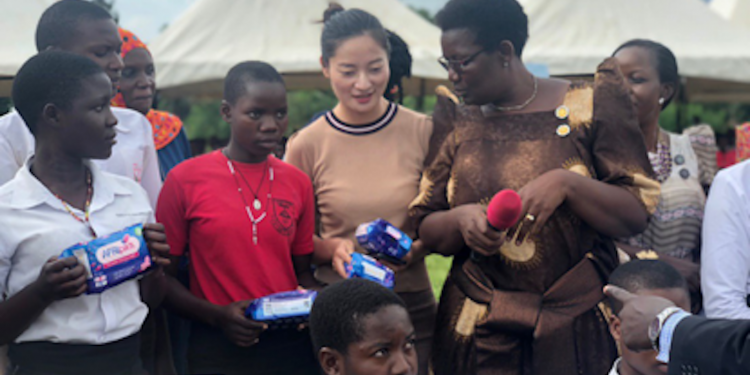 Earlier this month the philanthropic arm of the Malta-based exchange, Binance Charity Foundation (BCF), launched a program to give African girls sanitary products to help them stay in school. Helen Hai, head of BCF, told CoinDesk that cryptocurrency donations are bundled into unique tokens, redeemable for menstrual products, then given to the parents and teachers of Ugandan students.

So far, the Pink Care website says donations to the campaign have reached roughly 20 bitcoin (nearly $199,000). Donors include Primitive Ventures co-founder Dovey Wan and Arrington XRP Capital founder Michael Arrington. BCF’s goal is to use blockchain technology to offer a transparent connection between donors and recipients. But discrepancies in the nonprofit’s online records raise questions about the way such campaigns are actually managed.

Binance founder Changpeng Zhao reportedly donated $10 million worth of cryptocurrency to launch the nonprofit foundation in 2018, followed by a $3 million donation from Tron founder Justin Sun. In addition, Binance disclosed in October 2018 that token listing fees would now be donated to the charity. Although several $100,000 donations have since been attributed to projects listed on the exchange, only around 507 bitcoin (under $6 million depending on volatility) was actually deposited in the charity wallet.

When asked where the rest of the money is, a BCF spokesperson told CoinDesk:

“The Binance part ($10 million) is a commitment … other [donations] are set aside. But since we don’t have that many projects yet, they will come when needed.”

For example, the spokesperson identified Sun’s donation is part of the Pink Care campaign. When asked where that donation was on the public wallet listings, the spokeswoman told CoinDesk to refresh the page in a few minutes. The donation was promptly added.

As such, the foundation clearly has a long way to go with regards to fulfilling the mission Zhao originally stated of “100 percent transparent” fund management. Plus, Hai herself has a checkered past in Africa. She previously worked for Chinese shoe manufacturer Huajian Group, which came under fire for alleged human rights abuses. Hai told CoinDesk she left the company in 2013 and doesn’t hold any shares or value related to that particular enterprise, although she is still involved with external business ventures across Africa.

As for BCF, The Block reported the foundation uses 10 percent of funds for operational costs and has deployed over $1 million in capital so far. Hai said the Pink Token campaign in particular has on on-boarded 160 Ugandan schools with 100,000 students.

CoinDesk was not able to reach any of the local schools. We will update the article if we hear back.

BCF is partnering with the local nonprofit AFRIpads to provide the menstrual health products.

Contrary to Hai’s estimate, Sullivan said the plan is to start with 50,000 students and that the team on the ground is still in the process of reaching out to the first 50 schools. While it may seem that PR figures have yet to align with established recipients, Sullivan described the token initiative as a “creative way to address the challenges posed by menstrual health in the school setting.”

Stepping back, the Pink Token campaign is meant to promote period equity, a term popularized by activist Jennifer Weiss-Wolf to encompass policies that allow people who menstruate to fully participate in society.

According to UNICEF, millions of girls around the world drop out of school when they start menstruating, although affordable sanitary resources could help them continue their education. A lack of access to such necessities in public spaces is often referred to as “period poverty,” a feminist phrase used as part of the marketing for BCF’s campaign.

“AFRIpads received the bid because of its relatively low pricing, sustainability – their product is reusable and environmentally friendly – and their factory in Southern Uganda [that] employs local women of the rural region,” BCF executive director Athena Yu told CoinDesk. “The selection of schools is still ongoing and will be aided by our implementation party, Tech Plus Love Foundation, a non-profit organization registered in Uganda.”

Yet Weiss-Wolf questioned whether cryptocurrency is the right tool for such donations.

“Any sort of intervention program needs to be firmly rooted with local people and what they need, to provide access to the products and resources that would be most comfortable and useful for them,” Weiss-Wolf said.

There are many reasons for Pink Care to utilize cryptocurrency, even if a fiat donation to AFRIpads might have accomplished the philanthropic goals.

BCF is partnering with Binance Uganda for this project, a separate entity founded in 2018 to offer over-the-counter crypto trading and fiat on-ramps. Pink Token is essentially a digital coupon that requires both product sellers and recipients to set up a crypto wallet or exchange account.

“The biggest challenge we have is internet infrastructure. When you leave the city, the connection is really, really slow,” Nuwagaba said. “What they [BCF] are trying to do is to raise [crypto] awareness as well.”

Cryptocurrency does address some pain points in the Ugandan market.

Nuwagaba said he is part of a WhatsApp group with 206 Ugandan bitcoin sellers who help traders liquidate around $2 million worth of crypto a month. His biggest client liquidated $500,000 worth of bitcoin, but most are freelance traders liquidating roughly $1,000 a month. Some clients also use bitcoin for e-commerce.

“Parts of Africa are excluded from forms of payment. Visa and Mastercard work in Uganda, but remittances for outside Uganda don’t work,” he said. “PayPal doesn’t allow us to receive payments in Uganda. Bitcoin has helped to bridge the gap.”

Within that context, Pink Token provides a free learning opportunity for crypto-curious families, even if the BCF lacks complete transparency.

“We hope to use this Pink Care Token project to inspire more people to think about the application of blockchain and crypto in social impact,” Hai said. “Hopefully we can copy the model to more regions where there is a need.”