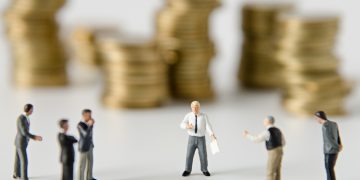 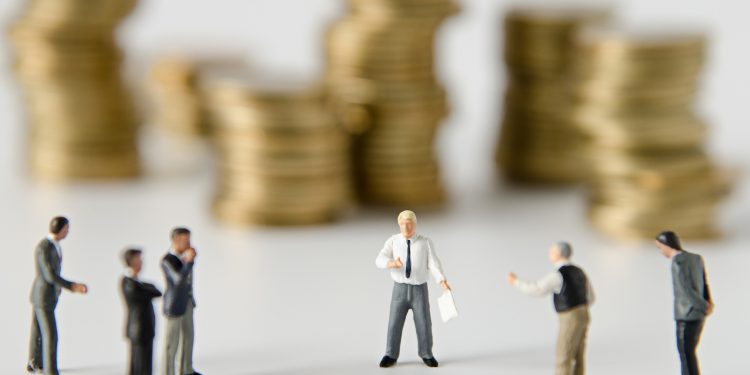 Announced Wednesday, the New York-based company will provide U.S. dollar loans for up to 85 percent of the value of the bitcoin or ether pledged as collateral, which appears to be the most generous loan-to-value (LTV) rate available on the market.

To put that figure in perspective, BlockFi offers crypto-backed loans with a maximum LTV of 50 percent, which means you can only borrow half of what your crypto is worth.

A higher LTV ratio means the lender has less protection against a sudden fall in the value of the collateral. But to compensate for the additional risk, Atomic will charge interest rates of 11 percent to 13 percent, considerably higher than the 4.5 percent to 8.95 percent rates charged by competitors.

The firm says it will arrange these loans in amounts ranging from $100,000 all the way up to $100 million, starting on April 9. While the high end of that range may sound farfetched, Atomic CEO Alexander Blum claims the firm already has requests for $80 million worth of loans.

Blum said that his startup’s experienced team, which includes former employees of Deloitte, PwC and other well-known companies, believes an 85 percent LTV product is viable and will be competitive in the current environment. “We’re very confident we can succeed,” he told CoinDesk.

Atomic Capital raised $3.4 million in a security token offering (STO) in October, and $250,000 from Baroda Capital as a seed investment. However, these funds won’t be used to make the loans.

Indeed, Atomic won’t be funding the loans itself, but rather brokering them for Lockwood Group, a Luxembourg-based investment firm that will assume the risk and take custody of the borrowers’ crypto collateral.

“We will be a trusted third party that is regulated in the U.S.,” Blum told CoinDesk, explaining that Atomic Capital will provide the technological side of the product.

As for the nature of that regulation, Blum said Atomic Capital’s “team of FINRA-licensed representatives operate under a broker-dealer,” LoHi Securities in Denver.

Reached by CoinDesk, Bobbi J. Babitz, a partner at LoHi, confirmed the relationship. “We’re an independent broker-dealer that is well-versed in the regulatory requirements associated with digital asset placements,” she said.

In the U.S., nonbank lending is typically regulated at the state level. But Blum told CoinDesk that since Lockwood and not Atomic is issuing the loans, Atomic Capital doesn’t need state lending licenses. A spokesperson for Atomic said the loans will be available in any U.S. state as long as the customer passes know-your-customer and anti-money-laundering (AML/KYC) checks.

Mark Klein, a managing director at Lockwood Group, said in a press release that his firm “partnered with Atomic because of their strong network of global investors and leading digital investments position across technology, finance, and regulation.”

Blum referred most of CoinDesk’s questions on these matters to Klein, who did not respond to them by press time.

But in the event clients’ crypto is lost, Lockwood will be responsible, Blum said:

“The loss of the cryptocurrency while in the custody of Lockwood either by poor trading or some type of cybersecurity failure would not absolve the legal obligations Lockwood has to a borrower in returning the collateral as scheduled. Atomic is comfortable with this because of both Lockwood’s highly experienced, global team of financial professionals and significant capital reserves.”

In case bitcoin or ether falls in price and the collateral loses value, Lockwood will be able to make margin calls, though the firms would not say the precise conditions allowing this.

“In line with standard collateral-backed lending processes, borrowers are giving custody over to the lender for the term of the loan and under-collateralized loans must be restored to acceptable LTV ratios to maintain good standing as per the terms of the contract,” Klein told CoinDesk in a message relayed by Atomic’s spokesperson.

Speaking generally of the risks of lending against a notoriously volatile asset, Blum said: “Volatility, for people who know how to trade, is the best environment: the market can go in any direction and you still will be able to succeed if you can trade competently.”

The custody options will be also at Lockwood’s discretion, he said:

“That’s the nature of the agreement, you’re giving custody over and in exchange, you get a cash loan.”