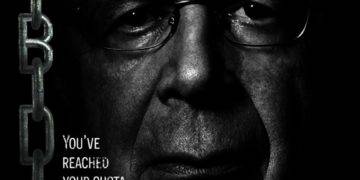 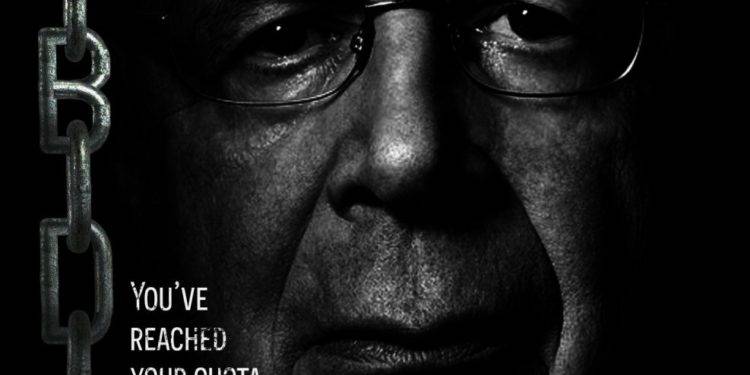 Central bank digital currencies — digital currencies backed by a central bank — have received renewed interest with the United States President Joe Biden’s Executive Order on Ensuring Responsible Development of Digital Assets. Proponents of CBDCs say that if more people use them, they will make it easier for people to have safe money, make payments more quickly, and more.

But their reasoning is still a little shaky.
Many analysts and practitioners now think that CBDCs don’t fit with the main goal of cryptocurrency, which is to make it safe and easy to transfer money between people without a central authority.
And the benefits of CBDCs are still just that: hypothetical. There isn’t any proof that CBDCs are better than other distributed ledger technologies in financial services, especially given the new risks they pose.

The status of CBDCs worldwide

Nine countries already have their own CBDCs, and the U.S. is now on a list of more than 100 countries that want to make one.
There are two types of CBDCs: “The central bank issues the CBDC to banks and other and other payment service providers,” says a recent report from the Hoover Institution. These providers then distribute the CBDC to users and provide them with account-related services.

Some experts say that DLT can help central banks be more efficient and secure, but it should be used in a way that doesn’t change the two-tier structure of the monetary system. Raphael Auer, the head of the BIS Innovation Hub Eurosystem Center, and Rainer Böhme, a professor at the University of Innsbruck, say this should be done.

People don’t think it’s surprising that central banks are interested in digital currencies, though.
As countries try to get back on their feet after nearly two years of lockdowns and other restrictions on mobility, as well as rising inflation, central banks have been feeling the pressure to help people get jobs and keep prices down under their “dual mandate.”
Central banks around the world have bought a lot of bonds, which has increased the money supply and, in some ways, pushed up prices.
For example, the Federal Reserve has increased the amount of money in the United States from about $4 trillion to more than $20 trillion in the last two years. We are only now seeing the effects of this.

In a 2020 report, the BIS said that proponents of CBDCs have said that they could help people get into the financial system, make cross-border payments, keep their money safe, make fiscal transfers more efficient, and protect their privacy.
Cryptocurrency, on the other hand, is better at meeting all of these goals than government-backed currencies.

If you want to know what these possible benefits could be, let’s look at them in order.

Financial inclusion: The rise of decentralized finance and the rise of nonfungible tokens are already changing the way businesses work.
Thousands of content creators have sold NFTs and joined the DeFi community, cutting out middlemen and letting money go directly to the creators.

“We’re in a “Web2.5″ era, where content creators have benefited from the rise of social media, but the content they make is owned by a few big groups.” Avery Akkineni, president of VaynerNFT, says this.
Some of these creators have made a lot of money, and now they own the whole process from start to finish.
That is inspiring a new generation of artists.

Furthermore, existing financial institutions have already made it easier for people to get credit by lowering the barriers to getting started.
There has been a lot of growth in mobile banking in the U.S. since 2014, but it’s mostly happened among people who are younger and single or who belong to different groups.

Even if these patterns aren’t true, it’s not clear how CBDCs help more people have access to money.

Cross-border payments and efficiency of fiscal transfers: Financial transactions across borders are already possible, but they take a long time and cost a lot of money.
However, there have been a number of Web3 companies that allow cross-border transactions, such as Ripple.

Financial resilience and stability: Resilience is important in order to protect the system from unexpected shocks to it.
U.S. and many developed countries may have had a lot of risky, securitized assets in their portfolios in 2007 and 2008.
In the years before the financial crisis, the number of mortgages rose quickly. Many new homeowners were not able to afford to pay their mortgages, which was partly caused by the Federal Reserve through its impact on interest rates and failure to pay attention to the warning signs.

The financial crisis could have been avoided if these warning signs had been taken more seriously. “The main example is the Federal Reserve’s failure to stop the flow of toxic mortgages, which it could have done by setting reasonable mortgage-lending standards,” the report says.
The Federal Reserve was the only one who could do this, but it did not.

People who work for central banks say things like this: They say that CBDCs aren’t as risky as they used to be, and they only talk about their benefits. This is similar to what they said before there was a financial crisis.
According to the BIS, “central bank money is the safest form of money for banks, businesses, and the public.” This is how central banks achieve their public policy goals, the BIS says.

New York Magazine talks to Charles Calomiris, a professor of financial institutions at Columbia Business School who is named after Henry Kaufman. Calomiris thinks that CBDCs are more like power grabs than useful financial tools.

The architecture of CBDCs is important.
If they are made so that they can, even if not explicitly stated, replace private commercial and retail banking, as the People’s Bank of China has said, then central banks will have yet another way to make money that doesn’t have any collateral or value.
Such an approach would cause a lot of inflation.

Last year, a lot of economists did research on CBDCs and bank runs, and they found that central banks could become monopolies if they did a lot of work.
Contracts between investment banks and the central bank tend to be very strict. This means that the central bank has the power to stop bank runs.
According to the research’s authors, people “interpret this feature before the fact, and the central bank emerges as a deposit monopolist, attracting all deposits away from commercial banks.”

If you read public documents from central bankers, they talk about how CBDCs will be private, but they don’t say how this will work.
The BIS, on the other hand, said that “Full anonymity is not possible.””
It’s important for the government to decide who can see which parts of a CBDC’s payments data and under what circumstances.

Such a rollout could mean that every central bank would be able to figure out who each person is.
“The key difference with the CBDC is that the central bank will have absolute control over the rules and regulations that will determine the use of that expression of central bank liability, and also we will have the technology to enforce that,” said Agustin Carstens, general manager of the BIS in 2020.

In most cases, there is little doubt that people do illegal things with cryptocurrency. Illegal transactions have always happened, whether they were done with gold a thousand years ago or with cash today.
The question is how to set up a system that protects privacy and stops people from doing illegal things.

If central banks can keep track of every transaction, how can they keep people from having access to money, travel, and their jobs?
Besides that, what would stop central banks from working together, as the BIS said in its 2020 report?

People who run Hydro.Finance and the Secret Code Podcast say that CBDCs aren’t just a threat to our financial independence, but they completely take away our most basic rights and freedoms that our forefathers put in place.
In contrast, “DeFi allows us to be free from the supposed protection that stops us from being able to participate,” Waisanen says.

The future of money and DeFi

There is a bright future for finance if more people are in charge of things.
Traditionally, we’ve known and worked with big, centralized institutions. People now prefer and use decentralized technologies because of new technology and a better understanding of the harms of centralization.

But DLT and blockchain are only tools.
It still needs to be run well and be looked after properly.
In the future, CBDCs will make it even more likely that central banks will have even more power to issue tokens rather than buy and sell bonds on a somewhat “open” market.

As a managing director at Patomak Global Partners, Paul Watkins says that a CBDC is a dream come true for an authoritarian government and is a huge step backward for consumer privacy.

It has been suggested that there are many ways to build CBDCs.
There is a lot of enthusiasm for using DLT in central banking, but not for retail CBDCs that can make money without collateral and require people to give up their personal information at the same time.
It’s important to think about the architecture of a CBDC when you think about how to design one. If you don’t, CBDCs will be launched in competition with the growing desire and move toward decentralization.