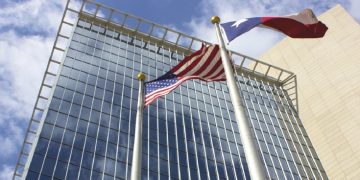 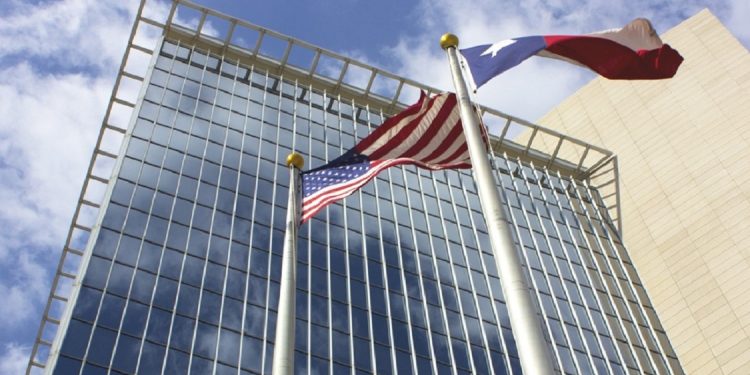 A top Federal Reserve official said Wednesday that the U.S. central bank is “actively looking at and debating” issuance of a stablecoin, amid growing worries among some current and former regulators that the dollar might be at risk of losing its status as the world’s reserve currency.

“We have not at the Fed decided to pursue or drive to develop a digital currency, but it’s something we’re actively looking at and debating.”

A longtime former Goldman Sachs executive with the most extensive capital-markets experience among members and alternates on the Fed’s key monetary-policy committee, Kaplan said the U.S. could suffer higher interest costs if a foreign government or another entity developed an alternative currency that received widespread adoption.

His comments came after former Commodity Futures Trading Commission Chair J. Christopher Giancarlo wrote in an op-ed piece that called for the U.S. to create a digital currency to avoid the risk that the dollar might lose its reserve status. Giancarlo now serves as an advisor to the Chamber of Digital Commerce, a trade group focused on blockchain and crypto policy.

Because of the dollar’s prominent role in international commerce and the dominant U.S. leadership position in global affairs over the past century, many foreign central banks, commercial banks and investors hold assets denominated in the American currency.

If that stopped happening due to the existence of an attractive and viable alternative, the thinking goes, then demand for U.S. assets such as Treasury bonds would shrink, in turn pushing up interest rates on the national debt, which is now approaching an unprecedented $23 trillion.

Kaplan noted that the U.S. government’s interest rates could jump by some $200 billion if a loss of the reserve-currency status sent interest rates jumping by a single percentage point, or 100 basis points in the lingo of bond traders.

In response to a question from CoinDesk, Kaplan said:

“It just reinforces, the dollar may not be the world’s reserve currency forever, and if that changes, and you tack on 100 basis points to $20 trillion, with relatively short average life, that’s a lot of money.”

“It’s $200 billion a year and all of a sudden we’ve got a tremendous problem here, so it’s something we’re watching very closely.”

Fed Chair Jerome Powell and some U.S. lawmakers warned earlier this year that Facebook’s plan to develop a digital currency, Libra, could instantly become so popular that it might displace the dollar and undermine the stability of the U.S. financial system.

Yet those concerns have faded recently as some top corporate backers of the project, including the payment networks Mastercard and Visa, have withdrawn their support.

“I noticed Libra seems to be receding at the moment,” Kaplan said. But “somebody’s going to figure out how to do this.”

Kaplan said he talks to many foreign officials in his Fed role:

“People around the world are working real hard to try to find alternatives to dollars and dollar infrastructure because the more they’re invested in that, the more susceptible they are to sanctions, tariffs and what’s going on right now.”

The U.S. trade war with China has weighed on the global economy, according to the International Monetary Fund, while agreements with other large trading partners, including Mexico, Canada and European countries have been upended or back on the table to be renegotiated.

The U.S. Treasury Department has also imposed stiff sanctions on regimes perceived as unfriendly or corrupt, including Iran and Venezuela.

“I still think for the foreseeable future, the dollar will be the world reserve currency, we’re able to refinance our debt at relatively low rates, but I don’t think we should take that for granted.”