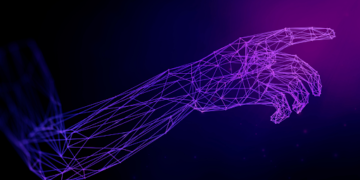 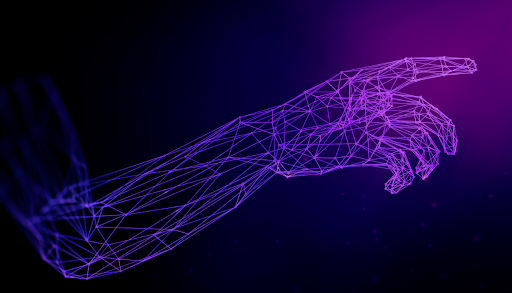 Bitcoin celebrated its 13th birthday recently, and the Bitcoin blockchain has remained uncorrupted and resilient to attack during that period. As a result, the Bitcoin network maintains an immaculate, permanent record of each and every Bitcoin transaction.

We live in a data economy, where data governance and management have become some of the industry’s most significant concerns. Thus, the fact that Bitcoin has demonstrated this unique ability to rigorously govern its data is impressive in and of itself.

However, there is an odd paradox as well. While blockchains are likely the most well-known method of ensuring total data governance, they are not designed to handle large amounts of data. Each day, Bitcoin generates approximately a gigabyte of data – a drop in the bucket when compared to the 2.5 quintillion bytes of data created globally each day.

It’s worth noting that this issue is distinct from the frequently discussed scalability issue. Even the fastest blockchains are incapable of handling massive amounts of data and storage. Due to the fact that each piece of data must be confirmed by the network, an inherent constraint exists.

However, blockchains are deterministic settings. Each piece of data must be verified, which means that blockchains cannot store any historical data. They only deal with data contained within the blockchain’s context – in the case of Bitcoin, only with Bitcoin transactions. While smart contract platforms such as Ethereum offer greater flexibility, smart contracts must adhere to specific rules in order to operate in a blockchain context.

These basic limitations are why blockchain is sometimes criticized as a “solution looking for a problem.” Indeed, during the last few years, a number of blockchain developers have developed solutions to circumvent these inherent constraints, so enhancing the possibilities of blockchain technologies.

Storage of Data and Files

Many consumers are unaware, yet the majority of blockchain applications are not as decentralized as they appear. While value transactions involving tokens are recorded on a blockchain, all other data, like as login passwords or personally identifiable information, is often maintained on centralized servers provided by firms such as AWS.

Data and file storage protocols had early promise in the blockchain realm, and many have now delivered functioning Mainnets that enable app developers to address this issue. Perhaps the most well-known example is Filecoin, which provides decentralized file storage for power users such as Wikipedia and, more recently, New York City. City officials are already exploring a decentralized protocol for storing demographic information, air quality data, and legal notices.

Due to the deterministic structure of a blockchain environment, it is difficult to integrate external data sources, as the majority of them are centralized, creating trust issues. For instance, a DEX cannot function efficiently without price data, which is stored off-chain. The DEX could make use of a centralized exchange’s API for price feeds. However, this exposes the DEX to all of the hazards associated with working with a centralized operator. If markets on the exchange are manipulated, this will have an effect on DEX prices.

2021 was a banner year for #Chainlink. We would like to express our gratitude to all of the developers, node operators, data producers, community members, and contributors who contributed to the success of this past year.

Decentralized oracles were created to address this issue and enable blockchain applications to function on data that does not exist within the blockchain ecosystem. Chainlink is an example of this, providing decentralized price feeds as well as provably random NFT and number generation.

If something as simple as price data can act as a spark for a whole DeFi ecosystem, think what AI may accomplish. That is the idea of Oraichain, a blockchain technology that brings artificial intelligence and blockchain together. It enables blockchain developers to add machine learning capabilities into smart contracts, enabling the creation of a plethora of new functionalities that would not be possible otherwise.

For example, with DeFi, AI models could be trained to execute automated trading strategies across DEXs and decentralized lending protocols, therefore avoiding human error and benefitting on inflated yields. AI might also be implemented into authentication processes, bypassing the complexity of long strings of addresses and the risk of forgotten passwords by utilizing advanced recognition technologies.

AI Layer 1 with a high degree of interoperability Scalability using a Layer 2 solution Execution of AI that is verifiable and trustworthy Platform for decentralized data and artificial intelligence Protocols that are standardized to ensure broad applicability https://t.co/EMa99DBslW https://t.co/EMa99DBslW pic.twitter.com/6n0f95DFis

To deal with the massive volumes of data involved, Oraichain released a Data Hub for organizing, preprocessing, and standardizing data for training and testing purposes. Providers of artificial intelligence can build data lakes and warehouses for usage in on-chain and off-chain applications. The Data Hub is connected to a Labeling Hub, which annotates and assesses the integrity and trustworthiness of data.

AI-generative art predicted to be next trend for NFT sector

AI-generative art predicted to be next trend for NFT sector