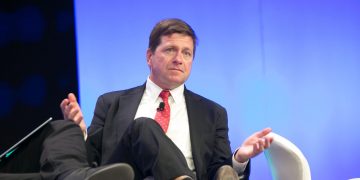 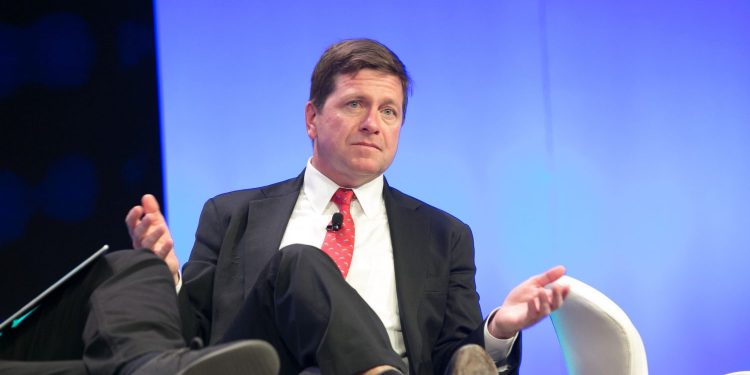 At a fraught moment for government-industry relations, U.S. regulators and cryptocurrency insiders are sitting down for a meeting.

The Securities and Exchange Commission (SEC) will convene its first FinTech Forum Friday at the agency’s headquarters in Washington, D.C., discussing a range of issues related to digital assets and distributed ledger technology (DLT). The speaker roster includes a dozen legal, financial and technical experts, as well as several key SEC officials.

Yet while some see an opportunity to air the industry’s concerns and get a better understanding of the SEC’s perspective, the forum comes at a time when some major crypto firms are taking a more aggressive tack.

Most notably, crypto startup Circle said this month it had laid off 30 of its employees, blaming “an increasingly restrictive regulatory climate in the United States” as one factor.

In a subsequent blog post, Circle said the SEC, at the very least, had issued confusing, if not contradictory guidance. The firm cited a speech last year by Director William Hinman, which emphasized decentralization as a key factor in determining whether a token is a security, and a more recent framework, which did not mention decentralization.

Messaging platform Kik has also recently made headlines with a $5 million fund to “defend crypto” from regulatory overreach. The crowdfunding campaign – which individuals can donate to using cryptocurrencies – is aimed at helping companies (including Kik) fight court cases against the SEC, should the regulator sue them for securities violations.

The regulator sent Kik a so-called Wells Notice in November 2018, notifying the company that SEC staffers believe it violated securities laws when it raised $98 million in a token sale for its kin cryptocurrency. Kik CEO Ted Livingston has said the company spent about $5 million communicating with the regulator since then.

Circle, Kik and others say a lack of clarity from the SEC about what is and is not a security is hurting the industry and holding back innovation in the U.S.

But it does not appear as though this uncertainty will be resolved on Friday, given the lineup and agenda, not to mention legal limits on what the SEC can do.

A seat at the table?

One individual familiar with the SEC’s forum told CoinDesk that they were concerned by the list of panelists for the forum.

While many of them are experts in their respective fields, few are from actual crypto startups – or firms that would immediately benefit from greater clarity.

“There’s no broker-dealer here, maybe Fidelity will say they want to be a qualified custodian but there’s no qualified custodian here,” this person said, referring to David Forman from Fidelity Brokerage Services, who will speak on the panel about trading and markets. “There’s no entity that would be subject to the regulations of the SEC at issue.”

Referring to the panelists from Deloitte and Ernst & Young, the individual stated:

Kevin Werbach, a professor of legal studies and business ethics at the Wharton School of the University of Pennsylvania, countered that “It’s impossible to come up with an agenda for an event like this that represents everyone in the industry.”

“There will always be some perspectives that are insufficiently represented,” said Werbach, who will speak at the forum. “I’m sure the SEC thought hard about whom to invite in order to get the best discussion of the issues they’re most concerned about.”

Werbach also noted that startups can engage with Finhub – the SEC’s fintech-focused wing – through other means as well.

Still, the mere fact that the SEC is engaging with the crypto industry at all is promising, said lawyer Jay Baris of Shearman & Sterling.

Baris, who is a panelist at the SEC’s forum, said the agency is “reaching out and saying ‘talk to us,’ and I think that’s a good idea.”

The SEC is opening a two-way communication flow: market participants are able to express their views, but the SEC is also able to explain why it is approaching regulation the way it is, he said.

Another panelist, John D’Agostino of DMS Governance, a provider of services to investment funds, said the industry should pay attention to the topics chosen by the SEC for the agenda (capital formation; trading and markets; investment management; and industry trends for DLT).

“This is not structured as a legal forum, but as a forum for information sharing.”

IBM’s Christopher Ferris echoed the sentiment, telling CoinDesk that his panel would be forward-looking, and would focus more on where the crypto space may be headed from a technology or use case perspective.

In any event, calling on regulators to clarify rules around crypto may not be the best avenue for the industry.

Margaret Rosenfeld, a partner at K&L Gates LLP, told CoinDesk via email that regulators in the U.S. are reliant on what is already outlined in existing statutes and law.

“We need to understand that these U.S. regulators … cannot forge new pathways in the law,” she said. “The appropriate government authority for all of us to be calling on for clarity at this point is Congress.”

Circle’s blog post concurred. The company said it had been educating policymakers both within the U.S. and other jurisdictions about “why digital assets represent a fundamentally new class of financial instrument.”

Congress needs to pass laws directly addressing cryptocurrencies and blockchain technology, lest the U.S. be left behind by other nations, the blog post said. However, until new laws are passed, Circle said it intends to continue advocating before regulators.

As such, Werbach said, “anything that gives the regulators more direct exposure to thoughtful representatives of the industry, and vice versa, is likely to be productive.”

“There is plenty of one-on-one contact between both sides, but a comprehensive public event like this provides an opportunity to evaluate the big picture.”