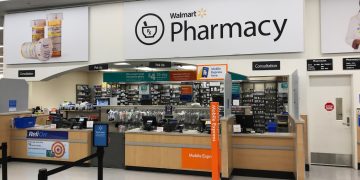 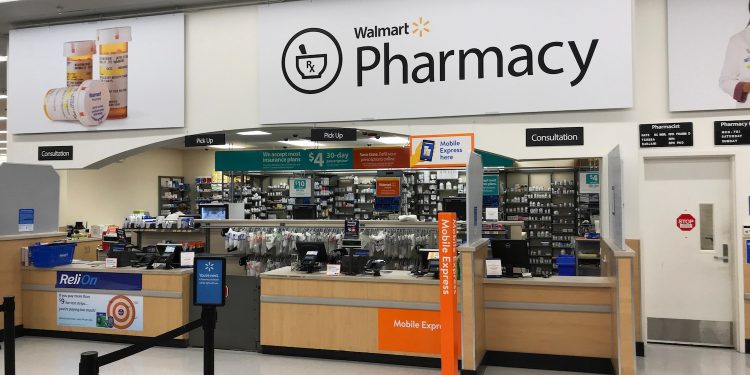 Big-box retail giant Walmart has joined MediLedger, a consortium building a blockchain for tracking the provenance of pharmaceuticals.

A spokeswoman for the Bentonville, Arkansas-based company confirmed Walmart’s participation to CoinDesk but had no further comment.

The move represents a deepening of Walmart’s involvement with blockchain technology. Separately, the retailer is a key participant in IBM’s Food Trust, a system for tracking fresh produce through the supply chain that’s built on the Hyperledger Fabric platform.

Walmart has insisted that its suppliers of leafy greens integrate the IBM blockchain, and it should bring similar supply-chain clout to MediLedger, whose members already include pharmaceutical manufacturers such as Pfizer and the three largest pharmaceutical wholesalers, McKesson, AmerisourceBergen, and Cardinal Health.

“Health and wellness,” a category that includes pharmacy and over-the-counter drugs, accounted for $35 billion of Walmart’s U.S. sales in the fiscal year ended Jan. 31, or 10% of the total, according to the company’s annual report.

Unlike Food Trust, MediLedger uses an enterprise version of the ethereum blockchain, built with a modified version of the Parity client and a consensus mechanism called proof of authority. The consortium is spearheaded by San Francisco-based blockchain firm Chronicled, which closed a $16 million funding round earlier this year.

Walmart joins as MediLedger prepares to kick off a pilot project with the U.S. Food and Drug Administration (FDA) in early June. The agency is testing various approaches to creating an interoperable, digitized system for tracking and verifying prescription drugs, something Congress has mandated it deliver by 2023.

“The pilots only really make sense if you are working with a group of collaborators.”

MediLedger initially focused on the verification of drugs that are returned to be resold – a sliver of the pharma market, but one that’s still worth over $6 billion. Legislation to help prevent fraudulent products being resold comes into effect in November of this year.

Now the expanded group will start work on the more broad-ranging tracking of all pharma products which involves interoperable data and packaging serialization.

It could be argued that in places like the U.K. where the healthcare system is largely run by the government, a digitized system like the one FDA has been mandated to create might be implemented more easily using a centralized system.

But the U.S. is the largest privatized healthcare system in the world (with the highest prices), which makes for a sprawling fragmentation of siloed databases, supporting the case for a decentralized solution.

The Congressionally mandated 10-year roadmap to a standardized form of serialization on all drug packaging began with the very largest firms complying with electronic tracking of lot shipments, i.e. 100 boxes of some medicine at a time. The next goal was more granular serialization at the level of pillbox or bottle

The third plank of the legislation was that the data being gathered had to be technically interoperable.

That last requirement made some people in the industry think “blockchain is the perfect solution,” said Maria Palombini, director of communities and initiatives development for emerging technology at the IEEE Standards Association.

Palombini stressed that the FDA does not advocate one technology over another and its only prescription is the use of recognized standards within each pilot’s tech stacks.

However, making data (and metadata) interoperable presents the industry with a challenge, she said:

“I think some companies will try and embrace this, and some others will try and stay away from blockchain. Because there is one word that scares them – transparency.”

Garvin said nodes are distributed and operated by industry participants and technology providers, but that data privacy is being addressed with zero-knowledge proofs, a cryptographic method that allows someone to prove something is true about a set of data without exposing the data itself.

This data transparency question is especially pointed at the ends of the supply chain with large pharma dispensers like Walmart, who are unaccustomed to potentially sharing their sales data with competitors.

“They have to try and figure out a way to share this data and give far more visibility into the inventory, but also now the retailers are going to have to give data back which they have never really been required to do,” said Palombini. “That’s going to be a really hard part here.”