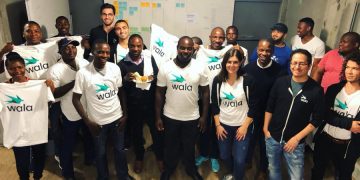 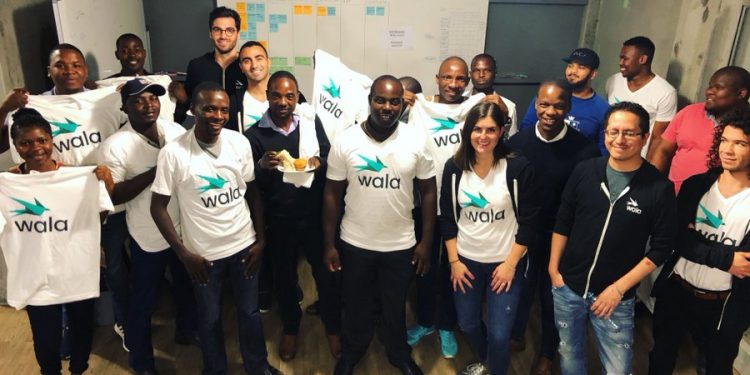 For a moment, it worked as planned. As CoinDesk reported last summer, a user in South Africa could pay their mom’s electricity bill in Uganda using a crypto-powered payments app called Wala.

But despite early traction in facilitating remittances and other small payments for Africa’s underbanked, Wala was effectively broke by early 2019, laying off its staff and closing access to the company’s flagship app in February.

But three sources with knowledge of the company’s operations, who spoke on the condition of anonymity, tell quite a different story.

They told CoinDesk that Martinez spent funds from 2017’s $1.2 million initial coin offering (ICO) on expensive equipment and international travel, as well as posh accommodations like a spacious office in Cape Town.

CoinDesk was able to confirm there were active user accounts at the time of the shutdown. However, since Wala lacked a revenue model, the company quickly burned through its resources, regardless of an earlier $1 million seed round raised from investors like Vinny Lingham’s Newtown Partners.

Wala employed roughly eight staffers in South Africa, had a network of “ambassadors” and had struck partnerships with local payment processors across Africa so that customers could cash out in fiat if needed.

In terms of hiring local and producing a live product for underbanked users through brands they already trusted, Wala checked all the boxes.

“This is the story of average entrepreneurs,” one of the sources told CoinDesk. “Our path to revenue was too uncertain to convince any investors [of follow-on investment].”

Llew Claasen of Newtown Partners told CoinDesk: “Crypto market conditions in 2018 didn’t help them and they ran out of money before they could close a new round.” He added: “Startups are brutal.”

Further, CoinDesk’s reporting has confirmed that the user numbers previously promoted by the startup were exaggerated.

While Martinez’s blog post claims Wala had “150,000 users,” one anonymous source estimated the number was closer to 2,000 individuals with numerous wallets. Every wallet was able to claim a small token reward during setup, so dozens of users created numerous accounts. Only several hundred people were actually using the Wala app for its intended purpose, the source said.

The source estimated that roughly 300 users did not get their funds back, based on defunct wallets that still have tokens inside. One Ugandan user told CoinDesk that although she lost around $21 in the debacle because she was not warned about the startup’s closure, learning about cryptocurrency for the first time was a positive experience.

Several sources contradicted Martinez’s narrative by saying that insolvency, not infrastructure or faulty partners, led to the company’s collapse.

“I do not believe their behavior was from a place of malice,” one anonymous source said. “They just got way out of their depth and handled it poorly.

Serving users with limited digital literacy and mobile access can be challenging, especially when a startup needs to communicate with users en masse.

The grassroots growth strategy of relying on independent Ugandan ambassadors backfired when word-of-mouth education about the shutdown didn’t spread as far as the signup scheme.

Another anonymous source said the startup claimed the difficulties were caused by “maintenance” even after the shutdown process was well under way. The Wala website is still online today and Martinez’s Twitter account highlights 2018 photos of the disbanded Wala team.

Martinez tweeted on June 23 that Wala plans to raise money and relaunch with a more sustainable model. Martinez and her co-founder Saab did not respond to CoinDesk’s requests for comment.

Chatter on the Wala Telegram group, with complaints from now non-responsive accounts, support the anonymous sources’ narrative. The Ugandan user also confirmed that she received no warning that the app was shutting down.

“The majority of users have no Telegram, Twitter or WhatsApp. So for them to speak up is virtually impossible. Hence why no one has heard anything,” one anonymous source said. “People were trying to withdraw money, but they were unable to since we have not topped up our balance with the cash-out provider.”

Regardless of what the future holds, the Wala case illustrates how token-centric startups are subject to the requirements of everyday businesses. Wala’s technical solution worked on a limited scale and quickly garnered modest traction, but it also required profits to grow.

And even if they are eager to learn about cryptocurrency, marginalized users are rarely a source of quick revenue.

“Wala has never been exploitive. I believe they have the interest of Ugandans at heart and we could have changed their lives,” one anonymous source said. “A model could have been worked out.”