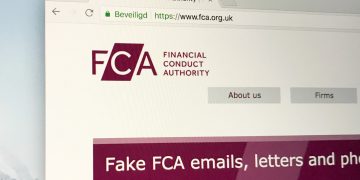 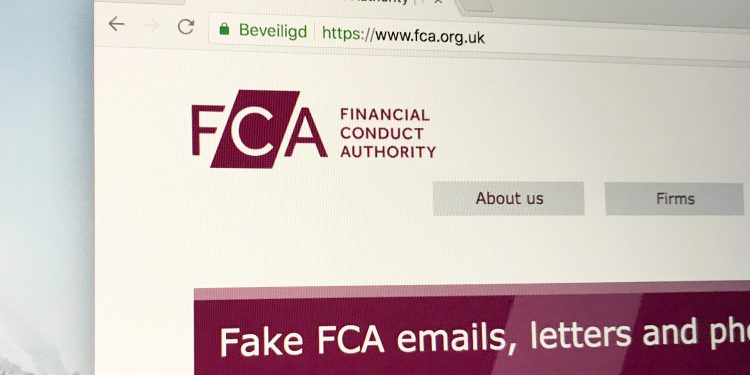 A U.K. financial watchdog is being impersonated in an email promoting a cryptocurrency scam.

Purporting to be sent from British regulator, the Financial Conduct Authority, the email touts a “guaranteed chance to earn” via cryptocurrency, FT Advisor reports Tuesday.

The message is dressed up with FCA and Bank of England logos, and sports a photo of physical cryptocurrencies – bitcoin, litecoin and XRP – over the British Union Jack flag.

A tell-tale that the email likely isn’t from the FCA is that the caption for the proceed button comes with the misspelled text “Click her”.

Dear @TheFCA here is an email I have now had 5 times since Friday. Your name is now being used for a virus of some sort I assume… pic.twitter.com/w0ULRAT434

The email states: “Bitcoin is still a long way off its peak price of $20,000, which it reached in 2017, but some cryptocurrency experts believe it could hit an even higher value by 2020.”

It’s not clear whether the message contains a virus as Thomas suspected or is a phishing attempt.

FT Advisor indicates that the FCA is now aware of the email.

The use of the regulator’s branding in the scam message is perhaps ironic, as one of its tasks is to warn the British public over such schemes.

The news comes just days after one of CoinDesk’s editors had his identity stolen by another suspect crypto scheme and posted on its website as a supposed “advisor.” They also, perhaps foolishly, listed Jay Clayton, chairman of the U.S. Securities and Exchange Commission, in the testimonials section. The site is now showing a 404 error.