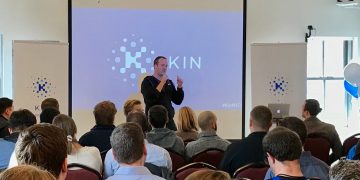 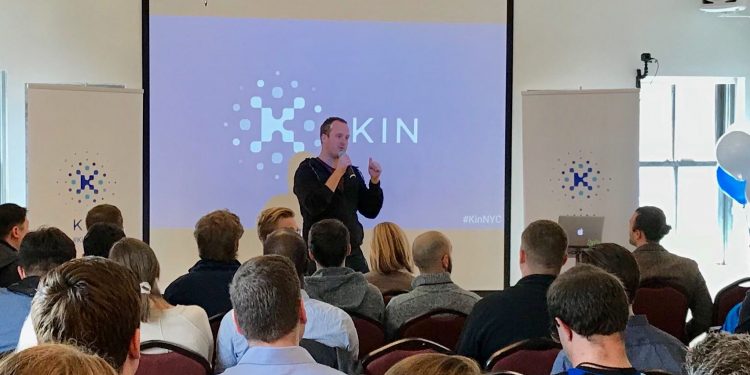 The U.S. Securities and Exchange Commission has sued messenger app maker Kik for its $100 million ICO – which the agency contends was an unregistered securities sale – and the regulator appears to have built up a strong case in its initial court move.

In a complaint filed Tuesday, the SEC alleged that Kik violated federal securities law by not registering its kin token sale. In a response, Kik’s general counsel, Eileen Lyon, said that the SEC’s complaint makes a number of inaccurate assumptions which “stretch the Howey test well beyond its definition” and that the agency’s push will not withstand judicial scrutiny.

Nelson Rosario, a principal at Smolinksi Rosario Law, told CoinDesk that the SEC’s complaint against Kik was similar to others brought against other initial coin offerings, in particular with respect to the evidence that the regulator is putting forth.

“Obviously this is a very sophisticated kind of token offering, done by a company that was already established [and not a token startup] but [the] kind of evidence that the SEC brought to bear is very much the same that it’s brought against [other ICOs],” he said.

However, the most distinguishing feature of this case may be that it strictly focuses on an alleged violation of Section 5 of the Securities Act of 1933.

“Until now, all of the SEC’s contested enforcement actions have involved some element of fraud or intentional misconduct,” said Jake Chervinsky, general counsel at Compound Finance. He told CoinDesk:

“The Kik action is significant because it represents the SEC’s first enforcement action for a pure regulatory violation – that is, a case where a token issuer simply failed to register with the SEC based on its good faith interpretation of the law.

Rosario concurred, noting that this case did not involve any sort of alleged fraud, as did Stephen Palley, an attorney with Anderson Kill.

Drew Hinkes, an attorney for Carlton Fields and general counsel to Athena Blockchain, said the SEC included a great number of facts in its case.

The regulator provided evidence sourced from YouTube, Slack messages, Twitter and even a roadshow that Kik conducted in the early stages of its token sale.

“The SEC has a ton of documentary evidence and a ton of facts,” he said.

This argument was repeated by Palley and Katherine Wu, an independent legal researcher.

“Seems like there’s a lot of strong facts in the SEC’s favor … now the issuer gets to argue the law.”

The facts are likely to be the same facts that Kik will use to argue that it did not violate the Securities Act though, Wu said.

Moreover, Hinkes noted that “facts aren’t as crucial as the way the law is applied to the facts.”

On the facts, though, is where a precedent may be set.

Wu said that, in her view, Kik’s 2017 token sale “was very typical” of other ICOs at the time. The facts that are being used by the SEC to allege Kik violated securities registration requirements could then implicate other token sales, particularly those that conducted sales after the DAO report was published that year.

“If this is a win for the SEC, it will force a ton of the similarly problematic ICO projects to either have to register or disgorge any profits they made,” she said.

What’s more, the DAO report was actually referenced in the SEC’s complaint Tuesday.

To some, the SEC’s lawsuit Tuesday was all but inevitable.

Chervinsky noted that the regulator has invited crypto startups to work with it, giving companies a chance to comply with federal securities laws.

He noted that the regulator has been investigating “dozens or hundreds” of companies that conducted ICOs, but Kik is the first one to go to court for a registration violation.

“The SEC has taken a ‘carrot and stick’ approach to crypto regulation … That invitation was the carrot. This enforcement action is the stick,” he said.

Similarly, Palley said this case should not be a surprise, and Kik likely anticipated the complaint.

This anticipation may even be the reason why the company started crowdfunding its legal defense, he noted, referencing the recently-announced Defend Crypto campaign that Kik launched last week. He added:

“I would be surprised if this whole thing shocked anyone.”

Indeed, Michael Arrington, one of the sponsors of the campaign, said in a statement that, “I don’t speak for the company and haven’t spoken to them since the news, but from our perspective this was anticipated and was the entire point of the campaign. We continue to fully support their right to a proper defense and hope that cases like these bring regulatory clarity to this burgeoning industry.”

Kik essentially told the SEC that it should sue by making the SEC’s Wells Notice and its subsequent response public, Chervinsky said.

“By publishing its Wells response, Kik essentially threw down the gauntlet and challenged the SEC to file suit. The fact they did so today shouldn’t surprise anyone. Kik got what it wanted: a fight in open court instead of behind the SEC’s closed doors,” he said.

The fact that Kik was already an established company prior to its ICO – regardless of its financial status – means that the outcome of this case could have a broader impact compared to others. Rosario noted that Kik’s sale “involved some very sophisticated parties.”

That being said, the case has only just begun.

The SEC may have a strong complaint, but that does not necessarily mean that the case will proceed to a jury trial, Palley said, adding:

Wu noted that “complaints are always written in a super-biased way,” as they are designed to make an argument.

A court or jury may not read the complaint as a scathing indictment (in a non-legal sense), and it is entirely possible that Kik and the SEC will come to a settlement prior to reaching a jury trial.

Further, the way the SEC opened its complaint moves away from its remit, said Diego Zuluaga, of the Cato Institute think tank.

In his view, the first few pages of the SEC’s complaint are criticizing its business model, which is not its job.

“They’re trying to bias people against [Kik],” he said.

The complaint discussed how “the Kik corporation was declining and its messaging app was losing revenue and losing users,” but the company suddenly launched a cryptocurrency, he said, concluding:

“That may or may not be the case, and I’m not taking sides … but it’s not the SEC’s job to judge business models. That’s designed to make the jury think they have fraudulent aims.”

Image via Brady Dale for CoinDesk