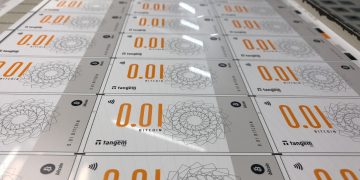 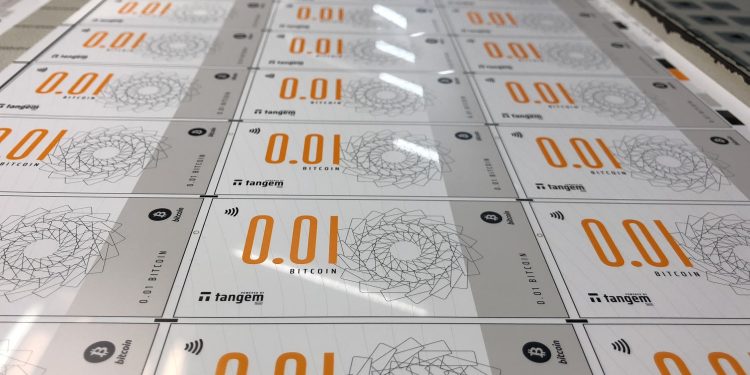 Switzerland-based crypto hardware wallet maker Tangem says it has been selected by the Republic of the Marshall Islands to produce the “physical blockchain notes” for a planned national digital currency.

Tangem announced the news Monday, saying the blockchain notes will be used to store the republic’s Sovereign (SOV) digital currency, which is being launched as an alternative legal tender in the country. Once issued, the SOV will be officially accepted alongside the U.S. dollar.

Described as “controllable mechanism of currency issuance and circulation for the state,” the notes take the form of a physical card that is secured with a blockchain-enabled microprocessor. They offer “immediate” transaction validation, zero fees and requiring no internet connection to use, according to the firm.

David Paul, minister-in-assistance to the president of the Marshall Islands, said in the announcement:

“Tangem will help us ensure all citizens, including those living on more remote outer islands, are able to easily and practically transact using SOV.”

The Marshall Islands first announced its plans to issue SOV as a legal tender in February of last year, when it passed the Declaration and Issuance of the Sovereign Currency Act allowing the move in law. Neema, an Israeli startup that facilitates international money transfers via an app, was said at the time to be developing the underlying tech for the new cryptocurrency using a public protocol called Yokwe.

The plan has seen some pushback, however. In September 2018, the International Monetary Fund (IMF) advised against the plan to introduce the SOV, stating that if it happened, “external aid and other flows could be disrupted, which would result in a significant drag on the economy.”

Last week, Tangem received a $15 million investment from Japanese financial services giant SBI Group, Through the funding, the firm said it plans to expand its card technology to other areas, such as stablecoins, initial coin offerings, tokenized asset offerings, digital identity and more.