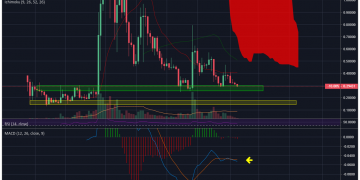 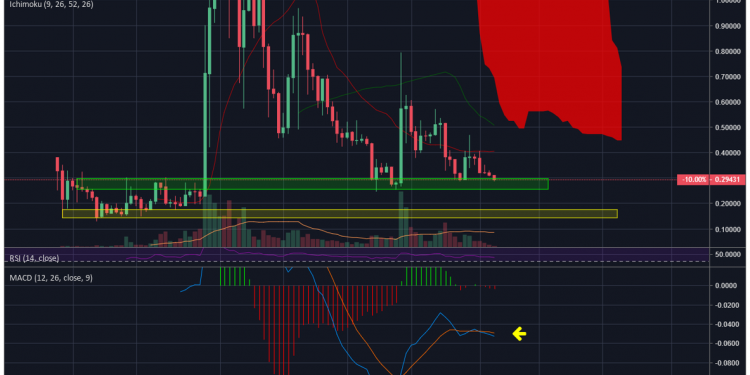 XRP is one of the biggest alternate coins by market cap, currently being ranked #2 by market capitalization by Coinmarketcap right after Bitcoin. At the time of writing, XRP has a total market cap of $12,005,463,898. It enjoy numerous partnerships, and recently Euro Exim Bank, said they are planning to use Xcurrent in order to support a finance system that could replace SWIFT. The company’s head of operations and compliance, Graham Bright said: Ripple has until now focused xCurrent on payments messaging. Now we are preparing to trial a capability that will embed instructions of trade finance into Xcurrent. This enjoys many similarities to that which SWIFT offers, but instead is done on a blockchain-based network, that will allow for exchanges without any middlemen.

A look at the Weekly chart for XRP shows that price is currently trading at $0.29, within the support area of $0.27-$0.30 which has been standing for almost a year. If the support does not hold price, the next area of support will be found at $0.14-$-0.17. As for the moving averages, rice is currently trading below the 7, 21 period MAs and the Ichimoku cloud, and is facing very close resistance from the 7-period moving average. Furthermore, the MACD is showing signs of weakness, starting to fall with increasing volume after a long period of consolidation. The RSI is at 45, indicating neither oversold nor overbought conditions. A look at the Daily chart gives us a possible structure in which price is trading in. We can see that price has broken down from the symmetrical triangle it was supposedly trading in. However, since the trend line has not been properly validated (only touched twice) and the breakdown occurred in very small volume, this pattern is invalidated and we should wait for price to fall to the support area before making another move. Price is trading below all the moving averages, and the 7-21 period Mas have made a bearish cross. Furthermore, the MACD has rejected a bullish cross and is now falling with increased volume. The RSI is at 32, indicating neither overbought nor oversold conditions. The most significant area of resistance is found at $0.40-$0.43. 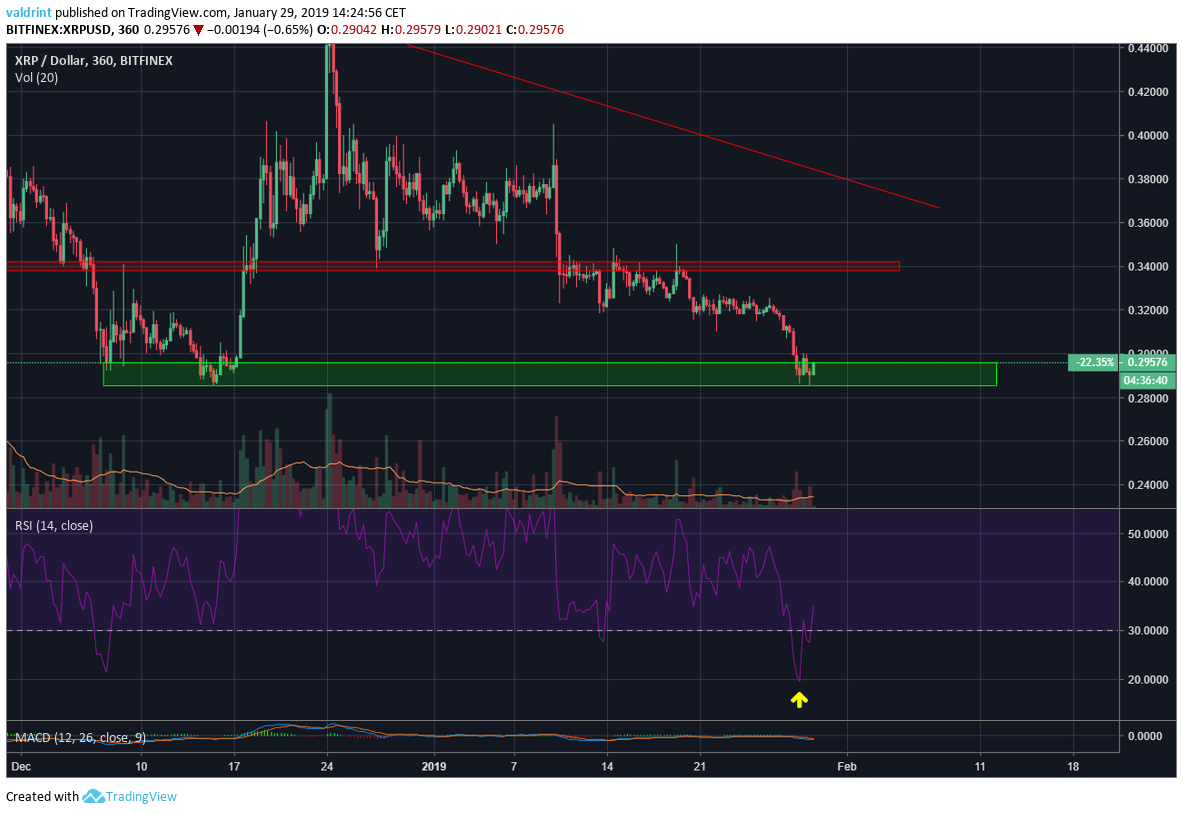 A closer look at the 6-hour chart shows that price has retraced 100% from the initial upward move from $0.28 (December 18) to $0.45 (December 24). Price tried to break through the resistance at $0.35 several times but was unsuccessful. The RSI has not developed any significant bullish divergence, but was into deep oversold territory for a short-period. The RSI is now at 34.