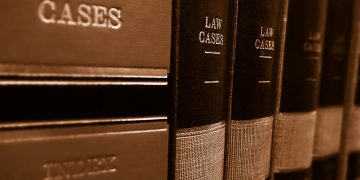 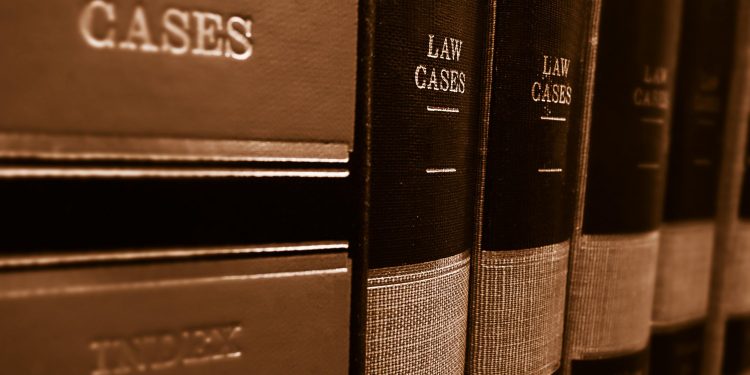 The Securities and Exchange Commission (SEC) said Kik’s August defense of its $100 million initial coin offering (ICO) was “untenable” and is asking judges to toss it.

A discovery motion filed Monday further raised the stakes, following the SEC’s 49-page filing Friday – the latest play in a legal chess match with sweeping potential ramifications for tokens and securities law, and one seeking, more specifically, to determine whether Kik’s 2017 ICO was lawful.

In Friday’s filing, the SEC ridiculed Kik’s defense that vagueness shields them from legal woes:

“This defense asserts that, notwithstanding 70-plus years of well-settled jurisprudence, the term ‘investment contract’ in the securities laws is void for vagueness as applied to Kik’s investment scheme. This claim is untenable and should be dismissed.”

Kik has bet the farm on a “void for vagueness” affirmative defense, and wants to depose high-ranking SEC officials to prove the regulator was not in a position in 2017 to give clear guidance on token sales.

“Kik is obviously using the void for vagueness defense as a way to try to peek behind the curtain at the SEC to figure out if the SEC really had a plan all along.”

But the SEC argued in the same discovery motion that Kik’s affirmative defense is without legal merit. The regulator tied their argument to Friday’s flaying of the “void for vagueness” question, arguing Kik’s deposition’s motions “should be quashed.”

If the judges agree, Rettig says the SEC will “kill two birds with one stone.”

What is an investment contract, anyhow?

The SEC’s quarrel with Kik is more than semantics. It drives into decades of legal wrangling over what constitutes an “investment contract.” Kik claims vagueness precludes it from applying to their sale; the SEC says just the opposite.

But what is an investment contract?

Investment contracts are not actually defined in Section 5 of the Securities Act of 1933 – the backbone of U.S. securities law. But in the 1946 Supreme Court case SEC v. Howey, Justices set a legal framework for the phrase.

They created what is known as the “Howey test.” If a transaction invests in a common enterprise (i.e. a business) with the expectation of profit primarily from the effort of others, it is an investment contract. And therefore: a security. And therefore: it falls under the scope of the SEC.

In its June complaint kicking off this legal saga, the SEC argued Kik’s 2017 ICO was an investment contract sale and therefore fell under agency’s remit to regulate. They further claimed Kik executives knew the sale might catch the SEC’s attention and ire – even before the ICO was publicly announced.

In August, Kik argued the opposite. Denying that their tokens were “investment contracts,” Kik said the term did not apply to their ICO, and if it were, then it would be self-defeating because its vagueness makes it unconstitutional:

“As applied to Kik’s offer and sale of Kin in 2017, the definition of ‘investment contract’ (as urged by the Commission) is hopelessly vague, and leaves the Commission free to engage in arbitrary and discriminatory enforcement in this space.”

Kik’s affirmative defense – and the SEC’s recent response – spar over whether the “void for vagueness” doctrine of American constitutional law applies here. “Void for vagueness” is the doctrine that laws must not be indecipherable to people of “ordinary intelligence,” or encourage “arbitrary and discriminatory enforcement.”

Put another way, laws must be easy to understand and precise enough to not apply to everything under the sun. Fail either bar, or both, and a court may well rule the law “void for vagueness” and strike it from the books.

But that might not matter in a business context, the SEC argued, citing the Supreme Court’s 1982 ruling in Village of Hoffman Estates v. Flipside, Hoffman Estates, Inc.

“[E]conomic regulation is subject to a less strict vagueness test because its subject matter is often more narrow, and because businesses, which face economic demands to plan behavior carefully, can be expected to consult relevant legislation in advance of action.”

In Kik’s August defense they argued that they did not have “adequate notice” that the SEC would consider Kin an “investment contract.”

The SEC, however, says that is not so. The DAO Report was released in July 2017 – two months prior to Kik’s September 2017 ICO – setting the ground rules for on-chain investment contracts and thus “provided Kik constitutionally sufficient notice to Kik that the Offering and Sale might violate the Securities Act.”

“The SEC says DAO was the line: ‘We issued our DAO report and after that everyone in the digital assets space is on notice that if they were issuing tokens, they better do a Howey analysis and make sure that they weren’t investment contracts. You, Kik, didn’t do that and therefore you violated section 5 of the Securities Act.”

Until the court rules on these arguments, and the case, these legal back and forths are mere joists.

A decision could take weeks, or even months, lawyers said. And it took years for the SEC to pursue action against token sales, Kik argues, saying the wild west ICOs of 2016 and 2017 “contributed to the confusion” of this case.

Kik’s strategy is to force a lengthy discovery process with depositions from a range of SEC officials; they argue that documents, and depositions, are relevant to their void for vagueness affirmative defense.

Conversely, the SEC argues that their discovery requests are irrelevant, cover privileged material, and target officials usually exempt from being deposed.

Lawyers representing Kik did not respond to requests for comment Tuesday.

SEC Motion for Judgement by CoinDesk on Scribd

Discovery Motion SEC vs. KIK by CoinDesk on Scribd