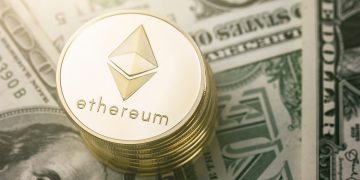 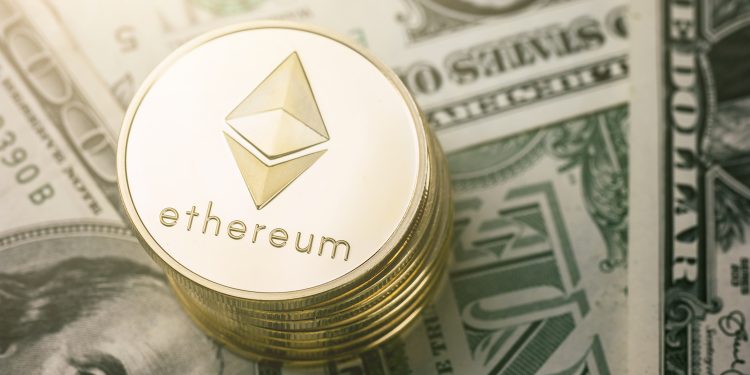 The U.S. Commodity Futures Trading Commission (CFTC) is willing to approve an ether futures contract – provided it ticks all the right boxes, a senior official said.

The CFTC, which oversees derivatives markets in the U.S., has already allowed bitcoin futures markets to launch, with both CME Group and Cboe Global Exchange offering cash-settled contracts at the end of 2017. Now, the regulator is willing to oversee a similar product for ether, currently the world’s second-largest cryptocurrency by market cap, said the official.

“I think we can get comfortable with an ether derivative being under our jurisdiction,” said the person, who did not want to be identified because the regulator does not typically publicize decisions to adopt new products.

“We don’t do bold pronouncements, what we do is we look at applications before us,” the official said, explaining:

“A derivatives exchange comes to us and says ‘we want to launch this particular product.’ … If they came to us with a particular derivative that met our requirements, I think that there’s a good chance that it would be [allowed to be] self-certified by us.”

However, the CFTC would only respond to a specific application put before the regulator, rather than volunteer an opinion, the individual said.

If proposed and approved, a regulated futures product would open up the ether market to broad institutional investment.

“Many funds have mandates that do not allow them to buy the digital currency underlying,” said John Todaro, director of digital currency research at financial software provider Tradeblock. Further, a cash-settled futures contract, paid out in fiat rather than the underlying crypto, would allow hedge funds and the like “to gain exposure to ether without worrying about custody (which has been a bottleneck to institutional investment),” he said.

In the long run, Todaro added, a CFTC-supervised futures market “could usher in confidence among regulators such as the SEC [Securities and Exchange Commission] which could pave the way for an ETF,” an exchange-traded fund bringing additional liquidity to ether.

An increase in institutional investment would, in turn, bolster retail investors’ confidence in ether, Todaro said.

CME and Cboe’s bitcoin futures, when they first launched, saw an immediate positive response, with enough traders trying to purchase Cboe’s contracts that the firm’s website crashed. The introduction of these futures contracts may also have contributed to bitcoin’s price skyrocketing to its all-time high of nearly $20,000.

To be sure, some have argued that futures may also have hurt bitcoin’s price, though Todaro said that it is more likely that bitcoin’s price had already reached its peak and the approval of futures just happened to coincide with that time.

The CFTC first indicated it was looking at ethereum in December when the regulator published a “Request for Input” (RFI) asking a number of questions about the world’s second-largest cryptocurrency by market cap, the market around it and the underlying technology.

These questions ranged from asking about proof-of-stake (the consensus mechanism that ethereum is expected to eventually adopt to replace bitcoin-style mining) to how ether deposits may be audited.

The agency explicitly asked what impact the introduction of derivatives contracts might have on the cryptocurrency.

George Pullen, a senior economist with the CFTC Division of Market Oversight, told CoinDesk at the end of March that the RFI sought industry and market input on the risks, mechanics and use cases for ether.

In particular, the CFTC was looking to contrast ether with bitcoin, he said, explaining:

“After our initial public white papers, primers, on virtual currencies, bitcoin, and smart contracts it was clear that a one-size fits all approach to crypto was not appropriate and we needed to know more.”

The CFTC’s RFI will help the regulator to understand “the range of issues that might exist” around the ether space, as well as develop better relationships with the crypto community at large, he added.

“It’s critically important for us to engage in outreach to understand the variety in technologies, markets, and the differences in the community; if we’re just listening to our own voices inside the building, the loudest voices in business, or just the voices in D.C. we could miss out on the bigger picture,” Pullen explained at the time.

A total of 35 comments were submitted to the CFTC’s RFI by trade associations like the Chamber of Digital Commerce, think tank Coin Center, startups Blockchains LLC and Circle, exchanges like Coinbase and self-proclaimed bitcoin creator Craig Wright, among others.

The CFTC, or at least its Chairman, J. Christopher Giancarlo, is already pretty popular within the community, which has dubbed him “Crypto Dad” after he called for light-touch regulation around the space.

In addition to giving investors access to a new derivatives product, approving an ether futures contract may cement the CFTC’s regulatory authority over the underlying spot market.

Notably, ErisX, a digital assets and futures trading platform (which wants to offer bitcoin, bitcoin cash, litecoin and ethereum futures when its derivatives clearing organization license is approved), believes that regulating a futures contract on ethereum would grant the CFTC some additional oversight on the ethereum spot market.

Thomas Chippas, the exchange’s CEO, wrote in his response to the RFI that a futures contract that “includes a settlement price set by a physically settled cash market” in the U.S. may improve the CFTC’s “ability to properly oversee or monitor the cash market for fraud and manipulation.” ErisX declined to comment for this article.

The CFTC likely already has some jurisdiction over the ether cash market, several lawyers CoinDesk spoke to said. However, this authority is limited.

Anne Termine, who leads the futures and derivatives practice group at Covington & Burling LLP and was previously a chief trial attorney with the CFTC’s Division of Enforcement, told CoinDesk that the regulator has already clearly said cryptocurrencies are commodities.

“As such, the CFTC has limited regulatory oversight over cryptocurrency spot markets, namely the ability to take enforcement action whenever there is fraud or manipulation in these spot markets,” Termine said.

Amy Davine Kim, chief policy officer with the Chamber of Digital Commerce, a D.C.-based blockchain advocacy group, noted that the regulator has “after-the-fact” enforcement jurisdiction over crypto spot markets in terms of fraud or manipulation, but no jurisdiction over exchanges simply conducting spot transactions.

Moreover, anything that is not a security is usually broadly defined as a commodity, she said.

The question of whether ether is a security has not been officially resolved, but officials at the SEC seem to believe it isn’t. William Hinman, the agency’s director of corporation finance, said at a conference in 2018 that he does not see ether as a security.

His comments were seemingly affirmed by SEC Chairman Jay Clayton in March, who wrote that he agreed with Hinman’s analysis of when a crypto asset might not be a security, though he did not specifically name ethereum.

Introducing a “futures contract would implicate the CFTC’s jurisdiction beyond anti-fraud and manipulation provisions,” Termine explained. The contract would have to trade on a CFTC-regulated futures exchange, meaning it would be subject to the regulator’s direct oversight.

“The implications for the broader community would be enhanced CFTC oversight over [ether] but potentially a legitimization of the cryptocurrency.”