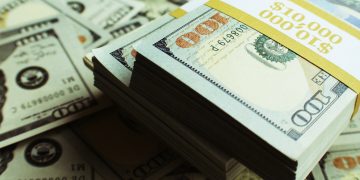 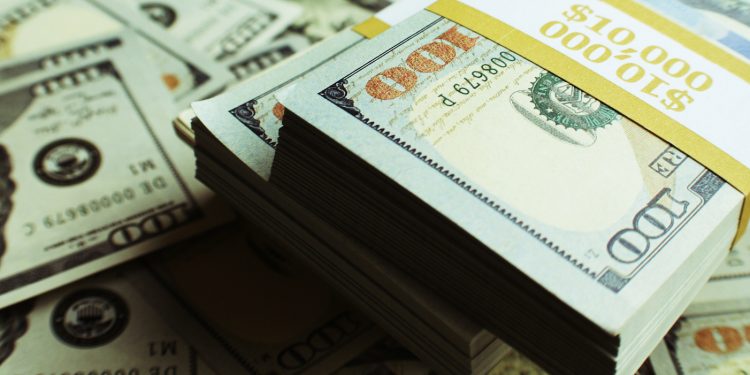 When I visited some early bitcoin startups in Hong Kong five years ago, they were unanimous about their biggest challenge: finding a bank that would let them open an account.

It wasn’t that local banks were especially worried about this little-understood new industry. The issue was that compliance-obsessed correspondence banks in the U.S. were demanding that their counterparts in the territory apply an especially high “know-your-customer” standard for bitcoin businesses. Since Hong Kong banks couldn’t live without a dollar lifeline from New York, the path of least resistance was to say no.

That situation was a lesson about how the dollar’s reserve status leaves U.S. financial institutions, and the Washington regulators whose guidance they heed, exerting profound worldwide influence – in this case, constraining innovation, wherever it was happening.

Fast forward to 2019 and reports of a high-profile Hong Kong-based cryptocurrency exchange’s troubles with a dubious Panamanian entity offer a stark reminder that little has changed.

The lack of access to reliable, mainstream credit and payment facilities, and the risky steps that cryptocurrency exchanges take to get around that problem, continue to be the sector’s Achilles Heel.

Yet despite the initial market jitters provoked by the NewYork Attorney General’s allegations that that exchange, Bitfinex, used funds from closely affiliated stablecoin provider Tether to mask an undisclosed $850 million shortfall, there may be light at the end of this multi-year tunnel.

To find it, you have to look at other developments in banking, blockchains and cryptocurrency.

There’s a case to be made that new crypto technologies and business models will foster a sufficient mix of greed and fear to drive banks into a more accommodating stance with crypto entities.

For now, though, banking challenges remain rife for crypto firms. Bitfinex and Tether’s situation is proof of that.

Bitfinex’s integrity is understandably questioned by many. But it’s true that if it had been properly banked, the Hong Kong exchange would not have had to do business with payment processor Crypto Capital in the first place. (According to the NYAG’s report, Bitfinex was seeking to recover $850 million held by that Panamanian firm and in the meantime used Tether’s reserves to make the hole that that gap left in the exchange’s balance sheet.)

Moreover, if exchanges like Bitfinex had access to bank accounts for liquidity, Tether would never have become as integral to a large part of the bitcoin market’s clearing system as it did.

In 2015, shortly after it adopted its current name following its founding as Realcoin in 2014, Tether forged a close relationship with Bitfinex. The exchange opened trading in Tether’s USDT tokens, which the stablecoin provider promised could be redeemed one-for-one for dollars, and ultimately began using them to solve for liquidity needs that banks were not providing.

Then, as Bitfinex grew, creating counterparty relationships with multiple other exchanges, they, too, started using USDT for the same purpose. Rather than clearing customers trades’ through cumbersome banking system transactions that require deep institutional support, exchanges could freely manage their fiat-to-crypto float by moving in and out of a de facto crypto dollar.

After a while, however, this model came undone. It’s undoing also stemmed from the same root cause.

For Tether to consistently stand up the claim that one USDT token equaled one dollar, it had to convince investors that it held the equivalent in actual dollars in reserve at one or more banks. So, when doubts about Tether’s audits bled into concerns about its banking relationships, confidence dropped and the token lost its peg in the market. This, in turn, put pressure on Bitfinex and deepened its problems with Crypto Capital.

In summation, it’s fair to say that the bitcoin market’s persistent concern about a Bitfinex-Tether house of cards wouldn’t exist if banks had more readily serviced bitcoin exchanges.

If that were the full story, it would be hard to see how it ends. After all, in stoking additional uncertainty around liquidity and price volatility, this latest crisis only further diminishes bitcoin’s standing in the minds of regulators and bank compliance officers.

But there is a way out of this self-perpetuating trap. Such a solution arises from banks’ own need to find new sources of revenue in a post-crisis era in which their margins have been squeezed by low-interest rates, added risk constraints and heavy compliance requirements. Crypto-based products, if not cryptocurrencies themselves, could offer such an opportunity.

One opportunity lies with security tokens, which, once they mature and earn regulatory blessing, promise to give both fundraising enterprises and fund managers wider and more efficient access to capital and investments. They combine the comfort and compliance of a regulated instrument that’s attached to real-world assets such as stocks, bonds or real estate with the cost and efficiency of disintermediated issuance and smart-contract-automated cap table management, clearing, settlement, and trade reconciliation.

Security token offerings, or STOs, aren’t as subversive as ICOs. Initial coin offerings mostly didn’t represent any underlying real-world assets but rather promised the value of commodity-like “utility” within their blockchain-based network’s economic and incentive model. Crypto puritans also decry the fact that STOs rely on trusted third parties to stand up the underlying assets and exist only at the whim of government regulators.

But precisely because they could earn the blessing of regulators and the participation of traditional enterprises, STOs are attracting attention on Wall Street. The recent news that Societe Generale tested an STO based on the public Ethereum blockchain has taken that interest to a new level.

STOs might make some of investment banks’ back-office functions redundant, but fees for STO market-making, risk-management and underwriting could more than offset that, at least for a while.

But to get to the ideal STO state, another piece of the puzzle is needed: a payment token.

That’s why I see banks increasingly offering services and support for the emerging new breed of sophisticated, reserve-backed stablecoins. Those offered by Gemini, Paxos and the consortium formed by Circle and Coinbase already have much deeper, well-regulated banking relationships than anything Tether could claim. (I see banks preferring these stablecoins over JP Morgan’s JPM coin. Why reward a competing bank’s technology?)

Here’s the thing, though. As a more deeply banked stablecoin ecosystem emerges it will also provide stability to the market for blockchain-native cryptocurrencies such as bitcoin. Exchanges will have a more reliable, digital source of fiat liquidity.

Eventually, they won’t even need to hold client’s fiat deposits, putting an end to disasters such as QuadrigaCX. All of that will help the maturation of cryptocurrencies generally, enabling their wider adoption as alternatives and competitors to the fiat system.

This brings us to a somewhat ironic conclusion for crypto true believers who pine for an end to the centralized banking system and a digital store of non-fiat value: the road to utopia may be paved in deals with bankers and government regulators.

The Current Market Recovery Will Be Very Different From 2017