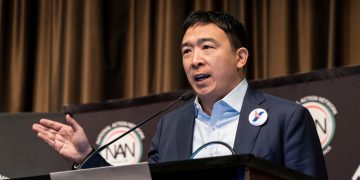 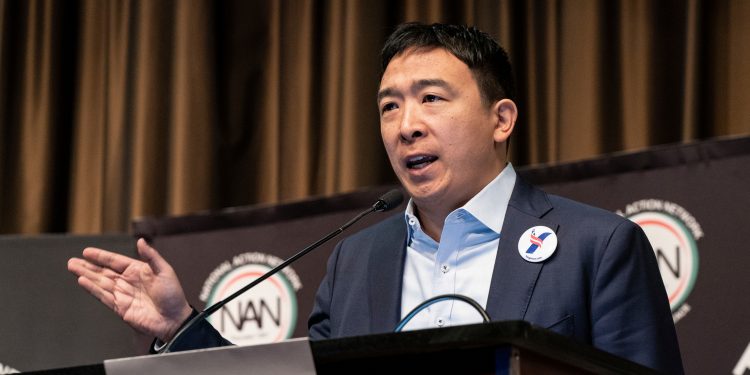 Andrew Yang, one of a number of candidates looking to take on U.S. president Donald Trump in the 2020 presidential election, has released a new policy statement for crypto-assets.

In the statement, Yang — who is currently vying for the Democratic Party nomination among a crowded field of candidates — indicated his goal to “create clear guidelines in the digital asset world so that businesses and individuals can invest and innovate in the area without fear of a regulatory shift.” With the move, Yang becomes the first 2020 presidential hopeful to stake out a specific position on cryptocurrency policy.

Yang cited three problem areas that, in his view, need addressing: “Cryptocurrency and digital asset markets have developed faster than regulations can keep up….Several states have conflicting and varying regulations on digital asset markets….[and] Uncertainty in what regulatory framework will develop is causing US investment in the area to lag behind the investment of other countries.”

“It’s time for the federal government to create clear guidelines as to how cryptocurrencies/digital asset markets will be treated and regulated so that investment can proceed with all relevant information,” the statement reads.

“As president, I will…promote legislation that provides clarity in the cryptocurrency/digital asset market space by: defining what a token is, and when it is a security (e.g., recognizing “utility tokens”)….Define which federal agencies have regulatory power over the crypto/digital assets space….Provide for consumer protections in the space….Clarify the tax implications of owning, selling, and trading digital assets….Promote the nationwide adoption of recognition of protections afforded by a series LLC….[and] Preempt state regulations when possible to create one national framework.”

Yang’s call for tax clarity is notable, given the push by industry advocates as well as members of Congress on the issue.

The statement specifically cites the Token Taxonomy Act — which was recently re-introduced to Congress in a bid to cryptocurrencies a clearer regulatory footing in the US — as well as the expansive work done to date by legislators in the state of Wyoming.

CoinDesk contacted the Yang campaign earlier this week for comment regarding its position on cryptocurrencies as well as data on its crypto-related fundraising to date, but has not heard back as of press time.