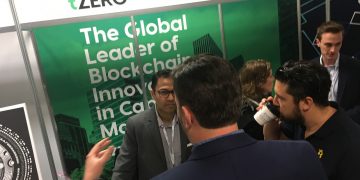 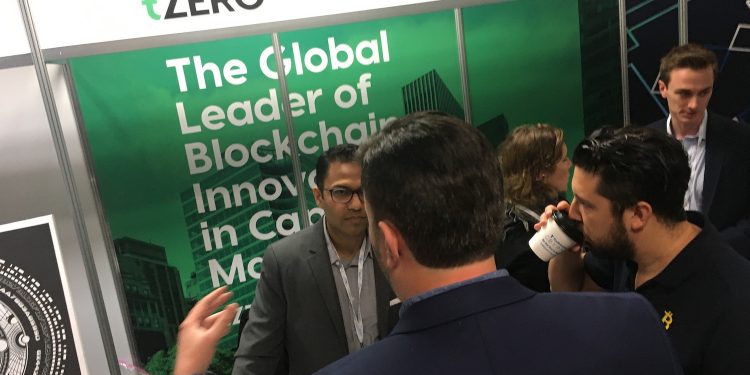 That platform launched in the late afternoon on Thursday, allowing investors to trade their tZERO tokens.

The first trade saw 10 tokens bought at a price of $8 apiece, according to the users in tZERO’s Telegram group. That $8 price is lower than it was during tZERO’s security token offering, or STO, when tokens were available for $10 each. However, participants of the pre-sale could buy them at prices between $5 and $8.

Orders at tZERO cannot be viewed by anyone other than approved users, and those with such approvals can see bids and asks as well as post their own.

In an interview, CEO Saum Noursalehi detailed the first hours of tZERO’s operations, the current issues with which the exchange operator is facing, and how it sees the tokenization of securities as a driver of future revenue.

For example – in what might be a sign of the platform’s position between mainstream Wall Street finance and the more open, experimental market embodied by the cryptocurrency space – tZERO will, at first, operate during normal market hours between 9:30 a.m. and 4 p.m. EST. It’s during that period that the broker-dealer Dinosaur operates, Noursalehi explained.

“Our approach has been incremental: getting some benefits of blockchain but not going full-blown, and this is also something that made the regulations comfortable with letting us move forward. Initially we did it to kind of mimic the market, but Dino is our broker-dealer at this point and we wanted to make sure there is support available for investors during the broker’s business hours.”

However, the technology allows tZERO to enable trading 24/7, and Noursalehi explained that this approach is a major goal. He also acknowledged that the launch itself wasn’t spared from technical issues, as some users complained about account confirmations and days-long wire transfers.

“There are always little tech issues around a big launch, but they have actually been very minimal,” Noursalehi said, noting that tZERO has been trying to speed up the process.

“For example, during the AML/KYC checks we had a lot of rules in place, so there were too many applications going through the manual review,” he went on to say. “We helped them [Dinosaur] to tune those rules so that they don’t have to manually review so many applicants.”

After tZERO’s STO last August, when it reported to have raised $134 from over 1,000 accredited investors, the tokens were issued on October 12, 2018 and locked up for three months.

On January 11, investors got emails saying that they could gain control of their tokens and set up a brokerage account with tZERO’s partner, the broker-dealer Dinosaur Financial Group that would facilitate trading.

New exchange in the works

TZERO has been designed as an alternative trading system, or ATS — a trading venue subject to less regulation than an exchange, matching customers’ trade without policing their practices and usually registered as a broker-dealer. In addition to that, tZERO deals exclusively with private equity, eschewing publicly traded companies.

But the ambitions of the founders – including Overstock chairman Patrick Byrne, the firm’s blockchain visionary – go beyond this limited scope: aiming to disrupt the whole traditional system of security trading,

To that end, tZERO is working to launch an exchange for publicly-traded stocks.

Announced last May, tZERO partnered with BOX Digital Markets, a subsidiary of the Boston-based equity options marketplace, to create and go live with such a marketplace.

“We’re working closely with the regulators to get that up and running,” Noursalehi said, adding that the new exchange – dubbed the Boston Security Token Exchange, or BSTX – will use the same technology stack as tZERO and will be the first exchange in the U.S. to trade this kind of digital asset.

The same companies might take advantage of both tZERO and BSTX at different stages of their business, Noursalehi noted, adding:

“As companies become publicly traded they would move from our ATS (tZERO) to BSTX exchange.”

According to Noursalehi, tZERO will spend the coming months working to become its own retail broker-dealer. The goal is that, in August, retail investors can begin trading at tZERO – as it stands, only accredited investors can do so.

The team is actively developing tZERO’s technological capacity to help other companies issue their security tokens. TZERO is viewing this as a key source of future revenue, as traders are currently not being charged trading fees. Though no decisions have been made on this front, the introduction of fees is possible in the future.

“We make revenue through some of our traditional businesses,” Noursalehi explained. “A lot of the money in this space comes from doing token offerings: if we can offer it as a service to the companies that want to raise capital, you can drag significant revenues from it.”

“We’re going to shift to more monetization later,” he told CoinDesk. “At this point it’s more about proving the concept and drive adoption.”