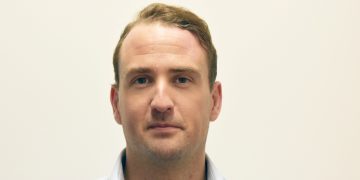 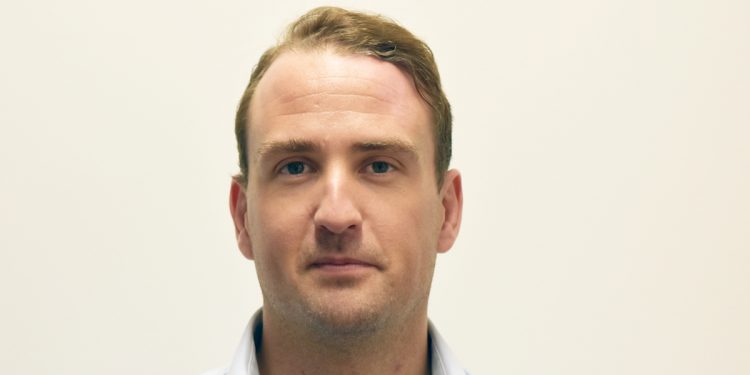 This post is part of CoinDesk’s 2019 Year in Review, a collection of 100 op-eds, interviews and takes on the state of blockchain and the world. Charles Hayter is co-founder and CEO of digital asset data platform CryptoCompare. The views expressed here are his own.

Cast your minds back to the beginning of 2019, and the tenth anniversary of the mining of the bitcoin genesis block. The industry had very little to celebrate. Prices had sunk to new lows, while startups and even some of the industry’s heavyweights were beginning to feel the pinch.

There is a plethora
of factors that drive interest in cryptocurrency. Two major dynamics are market
volatility and clear examples of mainstream adoption. But there was little of
either as the industry entered the new year: large-cap coins flatlined and
volumes hit rock bottom. Wall Street firms like Goldman Sachs and Morgan
Stanley quietly shelved plans to offer cryptocurrencies to their institutional
clients. It seemed people had simply stopped caring about digital assets.

Now, as we approach
year-end, we can see four major positive trends emerging.

First and perhaps
foremost, we have seen rapid experimentation and implementation. A year of
breakneck trial and error, development and refinement has seen the
cryptocurrency market break into entirely new territory. Popular sportswear manufacturer
New Balance began using the Cardano blockchain in its global supply chain;
Malta’s Gambling Authority tested cryptocurrency in casinos; and the Bank of
France said it will initiate trials for a digital currency in early 2020.

Second, there has been an explosion in the size and accessibility of crypto derivatives. Once the province of less than a handful of exchanges – notably Bitmex – large, established spot venues such as Binance, Huobi and OKEx, now all offer futures and even options on large-cap crypto assets. Looking at BTC Perpetual Futures, we can see how the market is becoming increasingly competitive as major exchanges begin to make inroads.

We are likely to see
this trend solidify in 2020, as the dominant spot exchanges flex their considerable
muscle in the derivatives market.

Third, decentralised
finance has become a hotbed of innovation. The total value of DeFi projects has
nearly tripled this year to over $650m. Leveraging new technologies for the
trustless and secure provision of financial services means entirely new lending
and margin trading facilities – wholly inconceivable only a few years ago – are
now readily available. Traders can now seamlessly swap between different debt
positions using InstaDApp, and companies such as Babel Finance in China provide
large-scale miners with ready access to capital through crypto as collateral.

Last but not least,
the industry has worked hard over the past year to solve some of the problems
plaguing cryptocurrencies. New custodial solutions not only help companies and
high net worth individuals keep cryptocurrencies secure from hackers, but some
even allow remote token staking, meaning holders can secure the network and
earn a passive income without putting themselves in harm’s way.

Overall, a great deal
of work has been undertaken to establish best practices in the digital asset
class. Industry bodies such as Global Digital Finance have worked with members
to promote a shared set of professional standards that include a commitment to
comply with relevant regulations. Substantial progress has been made worldwide
with respect to regulation, encouraging financial market institutions to wake
up to the potential of digital assets – both in terms of their ability to
change the economic landscape and to offer an uncorrelated asset class. With
companies such as JPMorgan beginning to implement their own digital currencies,
it is fast becoming clear that even the digital markets’ biggest critics
recognise this potential.

A surge of interest
in crypto markets came in June with the Facebook Libra announcement: CME
Group’s cash-settled bitcoin futures saw open interest hit an all-time high of
5,311 contracts totalling 26,555 BTC, then worth around $246m.

Also this year, nation
states signalled interest in cryptocurrencies. The Chinese government went from
banning citizens from buying cryptocurrencies with Renminbi to announcing in
October that China fully endorsed blockchain technology and was developing its
own state-backed digital currency. Trials are expected to take place in
Shenzhen and Suzhou very soon.

In the US too,
politicians and regulators have softened their position and Fed Chair Jay
Powell even hinted at the release of a digital dollar. Cryptocurrencies may well
end up playing an important role in shoring up nations’ economic supremacy.

In the private sector, regulated platforms have built out market infrastructure to accommodate mainstream demand. The launch of Bakkt’s physically settled bitcoin futures in September represented a major step towards providing institutional investors with a regulated means to gain exposure to cryptocurrency. And CME, which first launched its BTC futures in December 2017, is planning to launch options in early 2020, just as Bakkt did earlier this month.

Additional products that have come to market include exchange-traded products on the SIX Swiss exchange, offered by Amun and MVIS, and powered by CryptoCompare data. A bitcoin ETF may not be in sight just yet, but institutional investors are entering the asset class through alternative instruments. Grayscale’s Investment Fund for example, attracted a record $254.9m in Q3.

Importantly, the data underpinning the markets has seen a major clean-up this year, after data providers and the industry as a whole woke up to the problem of ‘fake’ volumes and the lack of transparency surrounding trading venues. With more granular metrics now available  to rank good and bad actors, the industry is better equipped for decisionmaking.

So, as we look back
over the last twelve months, the digital asset markets have diversified and grown.
New trading facilities allow for more sophisticated strategies, as new service
providers turn crypto from fringe asset class to fintech innovation hub. Vital
market infrastructure and products tailored to a more sophisticated investor
base are now readily available, encouraging traditional firms to enter the
asset class. The regulatory framework, though nascent, is providing greater
clarity to ensure market participants have a legitimate space to operate in.

We may still be far from the $20,000 bitcoin high in December 2017, but the mainstream foundations are now in place. As cryptocurrency enters its second decade, broad adoption will get well under way.