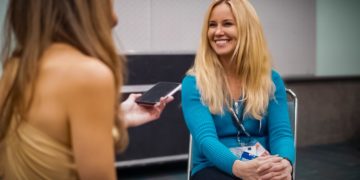 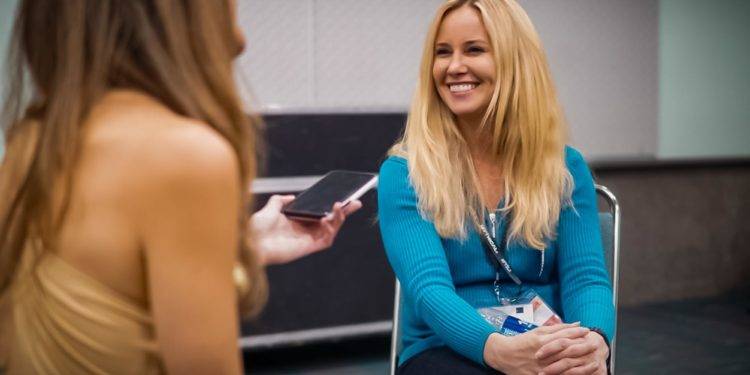 There has been a big rise in the use of non-fungible tokens (NFTs) in the last year.

There were more than $17 billion worth of NFT transactions made around the world in 2021, a market report from NonFungible found. This is up from $82.5 million in 2020.

In the report, Collins Dictionary also said that “NFT” was their word of the year for 2021, too.

If you want to learn about nonfungible tokens, you’ll want to go to a lot of events that only talk about them.
It’s a mix of people who like crypto and people who don’t.

There were more than 3,500 people at NFT LA, the organizers told us.

About 250 people spoke at NFT LA about a wide range of things.
There was a lot of attention paid to Web3 education and how to get new people started in the field of Web 3.

If you want to use a MetaMask wallet but don’t know how to do it, ConsenSys NFT, which makes Ethereum software for NFT, wants to make it easy for people to do so. Johnna Powell, who is the global co-head of ConsenSys NFT, said this in an interview.

That’s what Powell said. During her panel discussion at NFT LA, she talked about how to make Web3 more popular with the public.

“When people get excited about NFTs, it’s not necessarily because they are thinking of Web3 or crypto. Rather, people are thinking about collectibles like stamps or trading cards. When NFTs are purchased through our platform, we want to create an easy user journey that introduces individuals to Web3.”

People who work with big brands and intellectual property owners can get into the NFT space through ConsenSys.
This will help ConsenSys NFT. These groups can send people to the ConsenSys platform so that it can grow.
Then Powell: “Then, we help people get into Web3 wallets like MetaMask.”
After newcomers get used to using a Web3 wallet, Powell thinks they’ll start buying more NFTs from other people.

Another thing Powell said: ConsenSys NFT is working on NFT use cases that the general public will like to see more of.

In the last few years, ConsenSys NFT has worked with MAC Cosmetics to make its first-ever NFT collection, which had the late artist and activist Keith Haring’s work on it.

This is what Monica Long, a manager at Ripple’s innovation arm, said at the NFT LA conference. She said that during her panel, she talked about how web has changed over time

“I talked about the role big tech companies play in the Web3 world. Overall, I think moving from Web2 to Web3 won’t happen overnight. We will see a blend of centralized and decentralized finance. I also talked about OpenSea and their role to make NFTs more user friendly.”

As more people start to use them, Long says that there are still a lot of problems with self-custody and easy to use interfaces, even though they are becoming more popular.

People who work on Web2 are very good at making sure people have fun, which is very important in the NFT space.

It’s Matt Mason, the chief content officer for Palm NFT Studio, a company that helps people get their work into the Web3 world. He told Coinnewsdaily that he talked about how to launch NFT drops on a big scale.
He said that the user experience should be easy for everyone.

Palm NFT Studio recently worked with Warner Bros. Consumer Products on a project with NFT, which is a game.
One of the projects is DC Comics.

In this drop, there were 200,000 unique Batman cowl NFTs. This was part of what was called “The Bat Cowl Collection.”

It’s important for both people who use NFTs and people who own intellectual property to have a good time.

“For fans, it’s about thinking about how to ensure they have a good experience with NFTs from the start. To ensure this, we’ve created a custodial wallet inside our platform where consumers only have to click a button to get their NFTs. This provides a better experience.”

Soon, more people will be interested in nonfungible tokens that let them move money around on the Ethereum network.

In the future, Palm NFT is going to have to figure out how to work with other wallets that don’t come with the app.
We need to make the NFT process as easy and seamless as possible because we have a lot of customers who aren’t very unique.

Some companies, like DC comics, have very strict rules about how they use NFTs.

We keep up with what the SEC is doing and thinking, which means that compliance is a big part of what we do.

In Europe, when people buy one of these NFTs, they have to pay a value-added tax (VAT). People in the United States have to pay a sales tax:

“We know sales tax is coming to the NFT space — by next year everyone will be doing this. If you are a brand as large as Warner Brothers, for instance, doing anything in the space dings your brand in terms of tax, compliance and regulation. Everyone in the NFT space talks about scale, but none of that will happen without regulation.”

Use cases today and in the future

During NFT LA, a lot of people talked about how technology is being used now and how it might be used in the future.
One of the co-founders of NFT marketplace Rarible, Alex Salnikov, said that the NFT space is going through a lot of changes right now.

“The year 2020 was all about crypto art, which is still generating about the same amount of volume this year. But, now profile picture NFTs like Bored Apes and CryptoPunks are skyrocketing. PFP NFTs are responsible for 90% of volume across the NFT space.”

Salnikov says that PFP NFTs are like tickets to clubs and communities that look good.
“This is a new idea,” he said.
He also said that NFTs play a big role in metaverse environments, too.
They are land, clothes for avatars, and more.
In the digital world we’re making, “NFTs show that we own the things we make,” he said.

As more and more people use enterprise-focused NFTS, PFP NFTs will soon be history.
For example, if you’re interested in real-estate NFTs or carbon credit markets that use non-fungible tokens, Long said that Ripple is getting a lot of attention. “Ripple has worked on the business side for a long time, so we have the skills to help this area.”
EEA is a group of people who work together to find ways to use Ethereum at work.
NFTs are also getting a lot more attention from them.
They recently joined the EEA board, making them the first NFT company to do so.
Dan Burnett is the head of the EEA.

“We’ve definitely been paying attention to NFTs for a long time, but we’re really pleased to have experts joining the board who can help us make sure that we are providing the information background that businesses, individuals and solo entrepreneurs need in order to operate in this space. We’re not here for speculation. We’re here for real business.”

If you work for a company that has customers, you’re going to talk about NFTs a lot.
Coinnewsdaily talked to the CEO of Palm NFT Studio, Dan Heyman. He said that recently, every company with a customer base has been talking about Palm NFT Studio.
Talk about NFTs even if you’ve never used them.

However, Heyman said that big IPs have only gone so far in the NFT space with their work.
He said that the recent DC Comics NFT collection was one of the first to show a long-term commitment to interacting with customers and fans through NFTs, and that it was one of the first.
A lot of people came to NFT LA because they wanted to learn more and get new ideas.
There is still a lot of work that needs to be done to make use cases more common, but it will happen.
Several people think that the industry is still coming up with ideas. Salnikov thinks that, too.

“Everyone is excited about NFTs being applied to everything right now. Part of these use cases will prove to be valuable and drive the market forward, and others will prove otherwise.”

Salnikov said that the rise of PFP NFTs has led to community-driven marketplaces instead of traditional NFT marketplaces, and this has changed how people buy and sell things.

All communities want their own marketplace now so that people can have a good time when they use them.

PFPs usually come out, and there’s usually a website where people can mint, connect their wallets and buy things from the store.
As a rule, this is how it is.

A Discord group and a place where you can trade NFTs are also likely.

When we talked to Salnikov, he told us that secondary markets “break the customer journey.”

NFT projects with decentralized autonomous organizations (DAOs) are more popular in communities that want to use them. They are also more likely to use them.

Cryptocurrency news site Coin News Daily talked to one of the people who run Animoca brands, which makes games and invests in startups in Hong Kong. DAOs will soon start running NFT communities.
A lot of people in the NFT industry are making stories about things that aren’t real.
When Mason talked about this, he said that the Bat Cowl NFT collection will soon be in comic books.
The person says, “We have a director of storytelling who works closely with the editorial staff at DC Comics.”
There will be more stories that don’t have to be told in a single place because NFTs will make it easier to tell them.

A lot of people who use NFTs are good at telling stories on different types of media.
He also said that he thinks the NFT industry will become a trillion-dollar business in the next 10 years or even less.
If we were in the ideation stage, this wouldn’t happen.