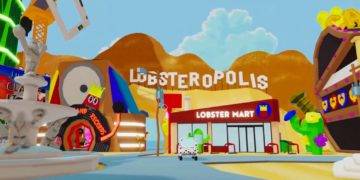 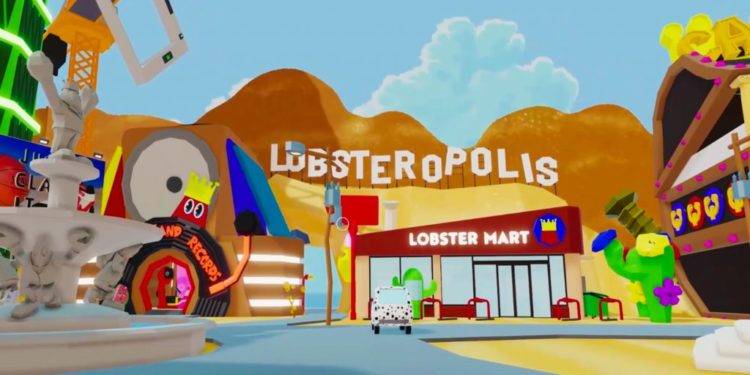 The realm of metaverses is growing, with gaming, nonfungible tokens and contemporary performance art all contributing to create interactive and immersive digital-only ecosystems. “Welcome to Lobsteropolis District of Lobster Land” is the welcome notice that greets netizens upon entering Lobsteropolis city.

Existing within the blockchain-based virtual world Decentraland, Lobsteropolis is a digital-only city based on British contemporary artist Philip Colbert’s Lobster Universe. The ambitious project offers arguably more than a glimpse into the emerging movement at the intersection of art and blockchain technology, more specifically, open-world spaces that allow people to interact with art inside a computer-generated environment.

Born in Scotland and now living and working in London, Colbert is an alumnus of the University of St Andrews. Before coming about the idea of Lobsteropolis City in a metaverse, Colbert was already a name in the pop art world, with former Vogue editor André Leon Talley anointing him the “godson” of legendary pop art figure Andy Warhol.

Nonfungible tokens (NFT) have become significantly more popular in recent times, and NFT art is arguably a ubiquitous term even for those unfamiliar with the crypto and blockchain space. These days, almost anyone can “mint” an art piece and sell it on an NFT marketplace such as SuperRare.

Disruption was and still is a major buzzword that comes up whenever blockchain is the topic of discussion. Perhaps it is not surprising then to see the novel tech serve as the base layer for innovative approaches to gallery exhibitions.

Lobsteropolis City is home to Colbert’s first wholly digital art exhibition, with some of his popular works such as Lobster Fountain and Cryptofixtion on display. Visitors will also be treated to a few unseen pieces from Colbert as part of the NFT art auctions hosted by de Pury.

One of these unseen NFTs is a hybrid artwork and musical performance titled Lob-Ster De-Vo created in collaboration with the American new wave band Devo. The rock band’s theme of devolution has often leaned heavily on multi-media expression that has perhaps become a staple in the emerging narrative of contemporary art in the 21st century.

In Lobsteropolis, Colbert’s lobster persona is once again an “art protagonist” in a rendering that seems simultaneously to be an art show and an expression of the artist’s world. “Through my art, I’ve been building my own art world where my lobster persona is the key narrator, and the digital space enables me to explore this narrative in a new way,” he explains in a conversation with Cointelegraph Magazine.

Colbert calls the digital city, three years in the making, a “labor of love”:

“I have an amazing team who help me with the coding and the uploading to Decentraland, and the Vegas City team have been a huge help with the programming. The digital side of my work has been very much a labor of love — I have been building this infrastructure for some time.”

Lobsteropolis features composite elements of Colbert’s work from several international museum shows and exhibitions including his famous 2020 Saatchi Gallery exhibition. However, the city is not only an art exhibition but an interactive open-world space for digital interaction.

Even before the onset of COVID-19, advancements in both virtual reality and augmented reality have been pushing the boundaries of digital interaction. Immersive gaming landscapes already exist where users can create avatars to experience and explore sprawling digital environments rich with features ranging from real-world digital natives to even more fantastical elements.

Visitors to Lobsteropolis have a plethora of options to explore within the city. “One of the attractions is Lobster Lounge: a concert venue for avatar bands and an event space where avatars can hold talks,” Colbert says, adding:

“There’s a strong gameplay aspect throughout Lobsteropolis City where avatars can interact with other people and create a layer of fantasy.”

Set in Decentraland’s Vegas City, Colbert’s digital lobster land, of course, plays home to a casino. “There’s also a casino, where avatars get given lobster coins, and they can play blackjack and play slot machines and buy digital products in my supermarket,” Colbert says.

Colbert, by his own admission, is obsessed with the crossover of art and music. According to him, the NFT space is creating a platform for the synergistic melding of both art forms in a “revolutionary way.”

Apart from co-creating the Lob-Ster De-Vo NFT piece, the music band will also perform a live DJ set at the Lobster Land Records store, which is adjacent to the Lobster Land Museum — the venue for the auction hosted by de Pury.

Colbert’s collaboration with the band to create Lob-Ster De-Vo will be a central piece of the inaugural auction event on June 30. According to the artist, the Lob-Ster De-Vo NFT artwork explores the role of digital ideology in the emerging virtual-oriented era of human interaction.

For Colbert, the Lob-Ster De-Vo NFT is an examination of the role art plays as humanity appears to be moving toward a more mature digitized space. The piece also pays homage to Devo’s iconic 1981 hit “Through being cool” — especially the three crucifixions theme.

Colbert recalls his early experimentation with NFTs and how that experience led him toward Lobsteropolis as a digital city: “The first NFT I made was called Cryptofixtion. I’d been wanting to make a lobster crucifixion sculpture, inspired by studying Dali’s paintings and engaging with the idea of technology as a new religion.”

Modern-day philosophy is indeed replete with musings about the entanglement of technology and religion especially within the framework of these advancements perhaps offering an alternative transcendental experience.

“With our obsessions with phones as a way of consuming experience, the idea of a cross made out of screens seemed very logical,” Colbert says, adding:

“I then realized it would work better as a digital world: Some things are more infinite, pure and powerful in digital form. Since then, I’ve been following my own process.”

This pursuit of “infinite, pure and powerful” possibilities inevitably led Colbert to the digital world and, inexorably, to NFTs. “Forget cubism. This is artistic expression and experience on another level. With the rise of the NFT, the digital art movement is now a tidal wave, and so many ideas are possible.”

Colbert is in the camp of those who see novel artforms emerging at the intersection of NFTs and contemporary art, with possibly even new art movements springing forth as more artists begin to interact with blockchain-based metaverses.

“The cross and the hybrid is very interesting — why be stuck in one box when you can interact between the two? Digital has an immortality in its perfection, and physical art can always be copied in a way that digital art cannot.”

With NFTs, artists now have the power to include metadata — unique digital attributes — alongside their work. This feature could bring an added sense of originality and authenticity to digital art. According to Colbert, “There are always questions around authenticity. People are obsessed by authenticity, it’s the core of our value system.”

Colbert’s musings about the immortality and perfection of digital art also likely offer a lens with which to observe his artistic examination of the idea of technology as a new religion. Art as a medium of philosophical commentary perhaps attains an even greater socio-epistemic value within the context of the 21st-century journey toward total digital perpetuation.

As digital art evolves, Colbert says he expects NFT technology to play a major role, especially with the emergence of interactive metaverse environments. According to Colbert, working within a metaverse offers “the next wave of possibility to change the way we look at digital art and the way we experience it.”

It is, perhaps, often difficult to pinpoint the flip — the point where a specific technological advancement emerged. This reality has been true for paradigm-shifting breakthroughs like the electricity revolution of the late 19th and early 20th century as well as the birth of the mobile internet era.

However, it is beginning to look likely that metaverses have grown beyond musings based on science-fiction and could perhaps become the next iterative succession state of the modern world.

If Colbert is right, and metaverses, with NFT tech as the primer, change perception and context, then the next iterative succession state of the modern world might be on the cusp of emerging. One thing appears certain, and that is metaverses are here, but how long before it becomes fully realized, only time will tell.

The Magic of Automated Investing and Why It’s Taking Over

The Magic of Automated Investing and Why It's Taking Over