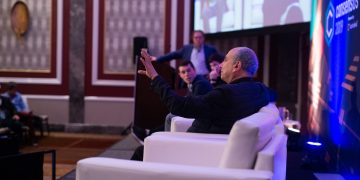 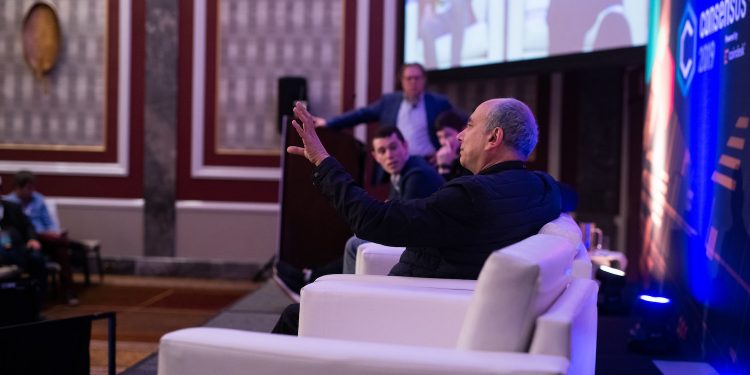 For example, the Libra paper described a digital coin that would maintain its value because it was backed by a basket of fiat currencies and short-term debt. This echoed the July 2018 paper by MIT big-hitters Alex Lipton, Thomas Hardjono and Alex “Sandy” Pentland, who described an asset-backed, supra-national digital token. (To be sure, the assets in their proposal were commodities like oil or crops).

Continuing the similarities, Libra Association, a group of 27 financial, tech and VC companies tentatively committed to Facebook’s project, carried a whiff of the hypothetical consortium governing Tradecoin. Both proposed coins were intended to streamline domestic and cross-border payments and, more loftily, to extend financial services to the world’s underbanked. And of course, Libra and Tradecoin both would run on distributed ledgers.

Coincidences? Not in Lipton’s view.

“Without being particularly obnoxious, I can tell you that the actual structure of Libra is pretty much lifted verbatim from the paper which Sandy Pentland and Thomas Hardjono and I published last year.”

Sounding a bit miffed, Lipton said the scholars’ work was “not mentioned in the Libra document at all, but, what adds a little bit of insult to injury is this paper was published as part of this free-for-all part of the Free Science part of the Royal Society effort.” (Unlike most of the society’s journals, Open Science requires no subscription to read.)

Lipton, former head of Bank of America’s global quant business, wears a few hats. He advises fintech projects on working with central banks, including the Utility Settlement Coin’s technology provider Clearmatics. He is also the chief technical officer for Sila, a platform designed to help fintech firms interface with the financial system using a dollar-pegged stablecoin.

The ideas in the Royal Society paper appeared in an earlier version Lipton co-authored with Pentland, which was the cover article for an issue of Scientific American on the future of money, Lipton noted, adding:

To be fair, the economic design of Libra, as stated in its white paper, aims to integrate harmoniously with the existing infrastructure; for example, the Libra Association says it doesn’t want to impinge on the purview of central banks.

Tradecoin, on the other hand, could be seen as notionally more of a challenger to the status quo, offering “a way that small countries, sovereign wealth funds, and retirement funds could get a fair shake in the world’s financial system, instead of being ignored or exploited by the big central banks,” as the authors put it in a more recent paper.

Lipton also noted that since Tradecoin would be backed by hard assets such as oil or commercial crops, this would dictate, to some degree, the consortium members. “We were thinking about raw material producers, supra-national organizations, and, possibly, a couple of large-scale payment providers, but certainly not the likes of Uber.”

In any case, a key design problem with Libra, said Lipton, is that the coin would be issued in a “non-immunized fashion, so to speak, against financial paper.”

Lipton explained that since it is hard to earn interest on cash, Libra will need to buy government securities and other high-grade paper as additional backing for the coin. As a result, the owner of the bond will receive money from Libra (which it will collect from consumers in return for libra coins) and this money will start to circulate in the system.

In addition, Libra will issue coins which, if they work as intended, will act as money as well. As such, there would be twice as much money in the system, will all the negative consequences, he said.

“In developing countries, it will cause enormous inflation because the amount of money will be kind of doubled, roughly speaking, in fact much more than doubled,” said Lipton. “I am not a big fan of quantity theory of money, but I am absolutely certain that as the amount of money explodes, prices will go up.”

That’s clearly not how Libra sees it. The white paper describes a stabilization mechanism whereby authorized resellers will purchase the coin in response to demand – and conversely when people want to sell Libra they receive fiat.

But Lipton claimed money will be created implicitly, regardless of the design goals. “This is different from what happens when you or I buy bonds – we pay in money which starts to circulate, but cannot use bonds for payments directly – hence money does not multiply,” he said.

Despite the considerable regulatory headwinds Libra faces, if it can pull this off, the stakes are enormous, Lipton acknowledged.

If Libra can capture 10 percent of, say, $3 trillion per day of dollar/euro foreign exchange trade, and the member companies’ nodes charge 10 basis points as a transaction fee (bear in mind Visa and MasterCard charge 2-3 percent for their services) that’s already $300 million a day, said Lipton. Add on the benefit from interest payments expected from the collateral, which Lipton estimates could be about $10 billion to $20 billion per year, and the Libra Association’s members are making a pretty penny.

“It kind of crystalizes thinking, no question about it,” he said.