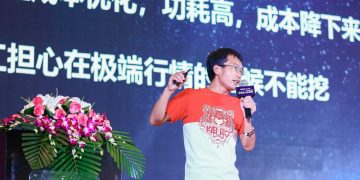 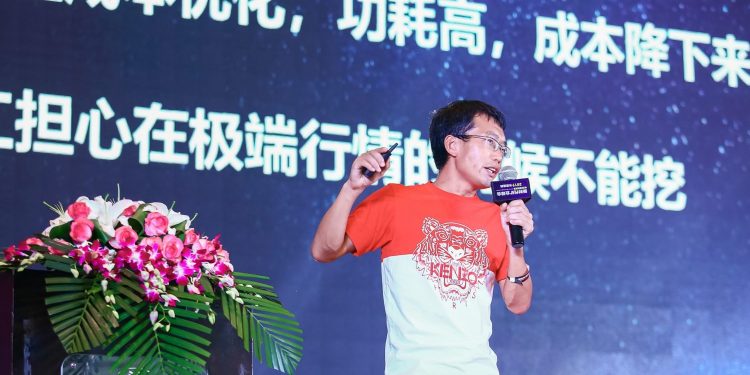 MicroBT, the maker of WhatsMiner bitcoin mining equipment, says it has made about $400 million in just a few months, despite delays to its chip supply.

Yang Zuoxing, founder and CEO of the Shenzhen, China-based firm, said in a keynote speech at the New Era Mining Summit hosted by mining pool Poolin on Sunday that the firm has received a spate of orders for its latest M20 series models since July, and has already delivered over 100,000 units. It expects to have delivered 200,000 by the end of this month.

The WhatsMiner M20 series are priced at between $1,500 to $2,000, which means the delivery of a total of 200,000 units would be worth around $350 million (assuming equal sales between both models). Currently, investors placing pre-orders for new mining equipment will have to wait until January 2020 to receive the products.

While Yang did not indicate an approximate gross margin for WhatsMiner’s sales, industry rivals including Avalon miner maker Canaan and AntMiner maker Bitmain both have had a gross profit margin of about 50 percent for 2017, based on the firms’ financial disclosures made in initial public offering filings in 2018.

Since mid June, the bitcoin network’s mining power has jumped by over 30 EH/s, or about 60 percent, in part thanks to the cheap hydropower electricity in China’s southwestern region, as well as bitcoin’s price bull run this year.

Yang went on to estimate that, including delivery of mining equipment from major miner manufacturers up until the end of the year, the total network has rate could increase by another 30 percent, saying:

“In a short term, based on information I have seen and based on our current production capacity, the bitcoin network’s total hash rate is estimated to reach 120 EH/s by the end of this year.”

Yang’s comments were, in part, a response to concerns that some of the products that should have been delivered between July and September had been delayed.

Bowing to the audience as an apology, Yang explained the holdup was due to a delay from its chip supplier, Samsung.

“The existing issues with the delay will likely be mitigated by late October. The entirely supply chain should have a primary, secondary and third supplier. This year we only have one supplier so our hands are also tied. Currently, the rapid development of 5G network has resulted in a major delay [of chips prioritized for MicroBT],” he told the audience.

Indeed, the supply capacity from chip manufacturers such as Taiwan Semiconductor Manufacturing Company (TSMC), as well as Samsung, remains a major bottleneck for the production capacity of all cryptocurrency miner makers.

“Honestly, crypto miner manufacturers are still behind other electronic device makers like smartphones, PCs and computers. The supply [for us] is very tight,” Yang said.