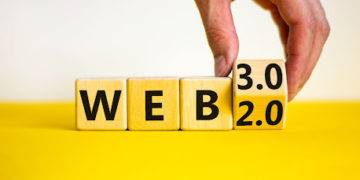 Just What Is Web3 Anyway?

Just What Is Web3 Anyway?

“Web3” or “Web 3.0” might be a term you’ve heard of. It’s also called “web3.”
It has been talked about a lot recently, on the news, on social media, and by well-known tech CEOs like Mark Zuckerberg.
But what the hell is it?

There are a lot of different ways to answer the question “What is web3?” on Google.
It’s not clear what web3 is, or what it will become, but the general consensus is that it refers to the next version of the Internet, where themes like decentralization, blockchain, crypto, NFTs, and the Metaverse will all play a big part, as will themes like the Metaverse.

Decentralization is what gets people excited about, though. They say it will take away the power of big tech companies like Google, Facebook, YouTube, Amazon and so on and give people more control over their data and maybe even a way to make money from it.

What comes next will be called Web 3. It will be called that because Web 1.0 and Web 2.0 came first.
In the 1990s, the early version of the Internet was called “Web 1.0.” At that time, most websites were simple and only had information on them.
Users did little but write blog posts, send emails, and maybe chat on messengers like ICQ.

As a whole, a lot of people will agree that web 2.0 was better than web 1.0
Besides, they’ll say that it isn’t very good, too.
The big tech companies mentioned above have long since taken over the Internet, collecting a lot of personal information about people who use it and killing off all competition in the process.
These days, it’s almost impossible not to use Google’s services, for example, and to stop it from tracking you and showing you ads that follow you around the web… It’s almost impossible to do that.
So, forget about it.

People have become very aware of how big tech companies are getting their hands on their personal information, though.
Google and Facebook have been the subject of a lot of attention for breaking privacy and anti-monopoly laws, which has led to a lot of fines, like the $5 billion penalty Zuckerberg’s company was hit with by the U.S. FTC in 2019.

Web 2.0 may have changed people’s lives, but they’re also getting tired of being tracked all the time and being pushed into “walled gardens” set up by big tech companies to get even more control over their data.
It’s because of this frustration that there’s been so much demand for the privacy promised by web 3.

The Promise of Web3

Web 3 has a lot of people excited because it will let people like you and me take back control of the Internet.
So instead of getting free things in exchange for their data, they’ll be able to help run and run the platforms they use.
This is because web3 services will all run on protocols that are run by decentralized autonomous groups that make all decisions based on the community’s consensus.
If you want to make money from people who use the internet, you’ll have to think of them as people who use the internet. Instead, they will be equal participants with everyone else.

To be a part of the decision-making process, Internet users will need to buy tokens – cryptocurrencies – that represent a share of ownership in a blockchain that is not run by anyone.
People who own tokens get to vote on the future of things like a decentralized money protocol.
So, the more tokens a person has, the more power they have over the network, which means they have more say.

As a case in point, take a look at the video games business.
“Pay to play” is one of the biggest complaints of today’s gamers. This means that they have to buy expensive weapons and other things in order to play their favorite games.
As soon as players start playing, they get sucked in. Then, the game’s developer updates the game and adds more powerful weapons.
People who pay for them quickly become more powerful, which forces other players to buy them, too.
It’s a never-ending cycle of making money.

The proponents of web3 say that this won’t happen again.
You and your friends are going to own this game, and you’re going to be able to decide what each new update will bring!
Rather than having just digital bits, they’ll have NFTs that they can sell, and the weapons they get will be theirs.

It will be built on democratic principles, but some people say it won’t live up to them.
The most common complaint is that blockchain’s token model doesn’t work the same for everyone.
Most of the time, people who were early adopters get a lot of tokens, which means that the early adopters have a lot of power.

Jack Dorsey, the CEO of Twitter, made that point during a public fight with two well-known venture capitalists, Marc Andreessen and Chris Dixon, who are both big supporters of web 3.

In one of the most well-known blockchains of all, Ethereum, its co-founder Vitalik Buterin still has a lot of power over the network even though he hasn’t been working on it for a long time.

“Spiritual leader”: Izabella Kaminska, editor of the Financial Times’ Alphavill blog, made the same point recently in an interview with The Crypto Syllabus. She said that Buterin is still the “spiritual leader” of what should be a headless system and that he has “incredible sway and influence” over its future direction.

DeFi protocols and DAOs aren’t much better. They have problems with vote absenteeism and rely too much on centralized infrastructure, which isn’t very good.

The cryptocurrency exchange AAX shows that there are two “camps” in the crypto world.
If you’re a Crypto Person, you’re a fan of everything that is decentralized, like Polkadot and so on. You also like things like DeFi and NFTs because they aren’t tied to a single person or organization.
People who believe Bitcoin is the only legitimate, decentralized currency, blockchain, and infrastructure are called Bitcoin Maximists. They say that all other tokens compromise too much on decentralization to make things faster or easier, so they don’t deserve to be called tokens.

People at AAX say that this “decentralization” facade could be the thing that slows down the growth of web 3.

“If the current infrastructure is not decentralized enough, and if Bitcoin as the only real blockchain is not fast enough, then there currently isn’t really a viable alternative route to realizing the vision of Web 3.”

It will be interesting to see how web3 turns out, no matter how it turns out, though.
True decentralization might be hard to achieve, but the benefits of it will be so big that its supporters won’t give up on their goal.