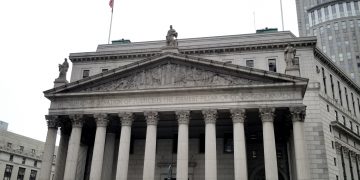 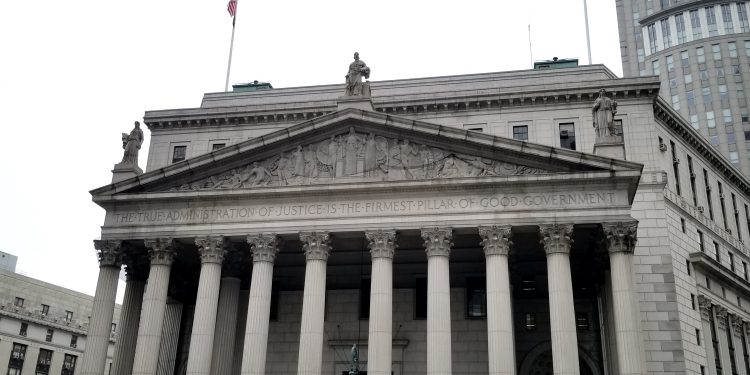 A New York judge has ordered crypto exchange Bitfinex to turn over documents pertaining to the exchange’s alleged cover-up of an $850 million loss and a subsequent loan from stablecoin issuer Tether – but not immediately.

New York Supreme Court judge Joel M. Cohen said during a Monday afternoon hearing that the preliminary injunction secured by the New York Attorney General’s office (NYAG) at the end of April should remain in effect, at least in part, though he took issue with the scope.

Attorneys for both plaintiff NYAG and respondents Bitfinex and Tether have a week to hammer out either a joint or individual proposals for what the scope of the injunction should be, which the judge will rule on.

“What I would suggest you both do is meet and talk about it, you seem like a reasonable group, in let’s say a week either with a single or proposed revision that accomplishes what we’re trying to accomplish here, and if you can’t, with individual proposals.”

That being said, he added that he thinks “the preliminary injunction that we have right now is vague, open-ended and not sufficiently tailored to precisely what the AG has shown will cause imminent harm. I think it’s both amorphous and endless.”

The injunction in question was filed on April 25, when the NYAG’s office revealed that the exchange had borrowed nearly $1 billion from Tether’s reserves after losing access to $850 million held by a payment processor, Crypto Capital (it was later revealed by federal prosecutors that Crypto Capital’s operators had been indicted for bank fraud, and its bank accounts were frozen).

Under the terms of the injunction, Bitfinex and Tether were compelled to turn over all documents about these funding maneuvers, as well as immediately cease any further borrowing.

Attorneys for Bitfinex and Tether filed to either vacate or modify the preliminary injunction last week, saying that Bitfinex not being able to access Tether’s funds is harmful to both the exchange and to the broader crypto market (a claim they repeated in another filing Sunday).

For their part, NYAG attorneys said that the injunction is “narrow,” and would not have a significant impact on either Bitfinex or Tether’s operations.

Left open Monday was the question of whether USDT, the dollar-pegged cryptocurrency issued by Tether, qualifies as a security, the outcome of which could also help determine whether the NYAG’s office has jurisdiction.

Cohen said “the question of whether these are securities, … is a threshold question that the respondents [mentioned]. I know they are traded, but whether [they qualify] is [another matter].”

Specifically, there is no common enterprise, and there is no expectation of profit from those who purchase USDT, Miller said, adding:

“We have no fiduciary responsibility or otherwise with respect to tether customers.”

John Castellanos, a lawyer with the New York Attorney General’s office, argued that his office should have jurisdiction because New York residents can purchase or trade USDT through the Poloniex platform (and previously through Bittrex) in secondary market sales.

Moreover, he added, “We have enough information to know, and we have every reason to believe, that the Martin Act has been violated.”

Miller said Tether shouldn’t be responsible for secondary market sales, and that Poloniex did not promise USDT was backed 1-to-1.

“As a law enforcement agency it doesn’t seem really out of bounds to just probe whether an otherwise unregulated business involves securities which are subject to the Martin Act,” Cohen said.

Miller also repeatedly noted that Bitfinex disclosed to the NYAG’s office that its funds had been seized.