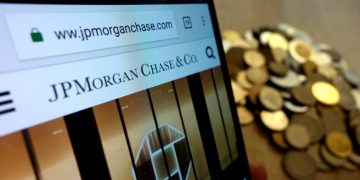 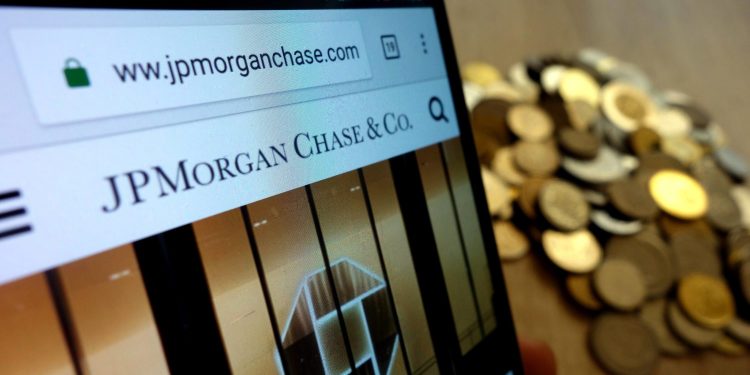 Ben Jessel is head of enterprise blockchain at Kadena, a next-generation blockchain company offering both public and private blockchain solutions.

The world of blockchain and banking was set alight last month by the announcement that JP Morgan has created its own stablecoin. It was a rare move that has simultaneously excited the banking and enterprise blockchain community as well those in the cryptocurrency world. But is this excitement justified?

The story, as with most blockchain developments, isn’t so clear-cut. It has certainly been the case lately that when JP Morgan innovates (especially around blockchain) the market listens with interest.

In the last few weeks, blockchain innovation managers’ phones across Wall Street investment banks have been ringing with executives inquiring about JP Morgan’s stablecoin and how they should be responding.

Banking is where blockchain began, and over several years has started to gain adoption, albeit at a far slower pace than industry observers were expecting. Many institutions have committed to being “fast followers,” leaving a handful of institutions to be the first to embrace the cutting-edge technology – and its expensive mistakes. When a purported technological breakthrough occurs – as JP Morgan’s announcement suggests, those on the sidelines start to question whether now is the time to jump in and be first in the fast-follower line.

Upon first examination, the JPM coin development is exciting; it signals a major Wall Street organization – one whose CEO had expressed open skepticism to cryptocurrencies – beginning to blur the lines between institutional banking and the brave new world of cryptocurrency.

However, the reality is more complicated.

What JP Morgan has achieved is more a feat of marketing than one of technological innovation. To see why, we need to understand the primary objective and the benefit of a stablecoin.

What, how and why?

JP Morgan’s stablecoin seeks to solve two problems in financial markets today: the expensive and inefficient process of settlement and the volatility involved in holding money in cryptocurrency.

Settlement is the process of paying crediting and debiting bank accounts between financial institutions in exchange for the transferring of a security, such a stock, bond or derivative. With over $1.6 quadrillion being settled by the DTCC a year, settlement is a major aspect of financial markets.

And settlement for banks today is an expensive business for many reasons.

For one, payments are rarely made in real-time, which means that in many cases funds that should be paid are not actually made available until the end of the day. In some cases, money isn’t available until days later. When billions of dollars are tied up and cannot be put to good use, it ends up being an expensive and wasteful liquidity trap. For instance, syndicated commercial loans can take an average of seven days to settle.

A large multinational bank may simultaneously be in credit to a counterparty one in country, and in debt for the same amount to the same counterparty in another. Because banking operations are so broad and complex, these banks often are not able to “net out” their position – they will hold collateral to pay for a debt or exposure. So, not only are banks holding on to debts and not receiving credits for a day and sometimes multiple days, they also may be holding onto collateral for debts that they do not realize they do not actually have.

Furthermore, maintaining pockets of liquidity across different countries in anticipation of the need for settlement (or “float”) can be costly too as often this money sits idly by in reserve.

Blockchain offers the opportunity to reduce settlement time and costs, and enable institutions to be able to settle instantaneously as opposed to at the end of each day (or longer in the case of equities) by settling in digital cash rather than crediting and debiting each other’s accounts at the end of the day.

This digital cash is often referred to as a “settlement coin.” A good analogy is to consider the use of gambling chips at a casino in Las Vegas.

On the strip, the major casinos have an agreement to honor the chips of all other’s chips – enabling someone to exchange $100 into chips at the Bellagio, use them to play roulette at the Venetian, and then cash out at the MGM Grand. In the case of financial institutions, the chip is a digital cash in the form of a “settlement coin.”

Instead of paying at the end of the day by crediting and debiting an actual account, a balance is held in these digital tokens, with each trade that occurs simultaneously leading to the trading of these chips. At any point, each bank can “cash in” these settlement tokens on a one for one basis for actual cash.

The benefits include reducing settlement complexity, speeding up settlement time and providing the ability to better manage “intra-day” liquidity, which means they can put their assets to work in a more efficient way and make them more money.

One such initiative is the Utility Settlement Coin, which is a UBS backed innovation that projects annual industry savings of $65 and $80 million.

The scourge of digital money

One of the challenges facing digital money concerns volatility: the rate that digital money can be exchanged for can fluctuate significantly due to aspects like demand and “market events.”

Bitcoin has been significantly volatile, having run up from $2,000 to over $19,000 before crashing down to $3,000 all within the space of the year. This makes holding money in digital cash a risky proposition and not something that banks would have the appetite to do.

This has resulted in the innovation of the stablecoin, which is a mechanism whereby digital cash can be “pegged” to the value of an asset, which is always redeemable at a fixed price. For example, a US dollar pegged stablecoin will always be redeemable for one USD.

However, stablecoins also have issues. A stablecoin can only be pegged if there are sufficient assets and reserves behind it.

In the same way that George Soros famously broke the bank of England, with enough financial firepower, it is possible to break the peg of a stablecoin. Also, stablecoins have been in tarnished with scandal, most recently with a project called Tether which may not have had the financial reserves that it claimed to have.

Putting the pieces together

JP Morgan’s stablecoin neatly connects the dots between the aspects of settlement and volatility management by providing digital cash that can be used and enabling the ability to redeem the coin at a stable rate.

While this may sound like a significant achievement, all JP Morgan’s stablecoin actually provides is the ability for a counterparty to be paid by JP Morgan in exchange to being provided a digital certificate.

It is actually the anathema to the idea of creating an ecosystem whereby all participants can utilize a universally accepted and redeemable digital cash. Instead, it is a mechanism where JP Morgan will redeem a token, that it issues on its platform only. This is akin to only being able to buy, gamble and cash in your gambling chips at the Venetian casino.

The ability to digitally invoke the payment mechanisms of a bank has existed for some time – it is called an API, where an API (or Application Programmable Interface) is merely a way of digitally interacting with an online service such as a payment processing interface of a bank.

But that doesn’t mean JP Morgan’s innovation should be dismissed. Any innovation in the blockchain for financial services – a world of anachronistic business processes and notoriously old technology, where a fax machine still is considered a vital part of how business is done today – should be cautiously applauded.

So, keep up the good work JP Morgan. The industry is rooting for you.