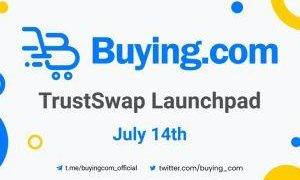 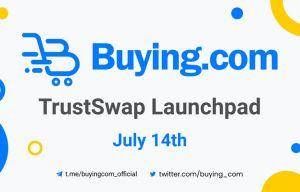 The text below is an advertorial article that was not written by CoinNewsDaily journalists.

For the last few decades, it has been fashionable to assert that the Internet represents a new stage in human experience, a watershed moment comparable to Gutenberg’s or the Industrial Revolution.
However, while the revolutionary aspect cannot be disputed, we can no longer claim that it is a novel concept for humanity.
By 1995, when Amazon launched, the Internet had become sufficiently established, at least in the developed world, that establishing an online bookstore made sense. That was 26 years ago.

According to historians and sociologists, a human generation lasts 25 years, which means that humanity has already entered its second generation in terms of the Internet and its associated technologies, most notably e-commerce.

And we do not require a sociologist to inform us of this. If you have children in your immediate vicinity, you are already aware that they are online with their tablets or computers as soon as they can speak, even before they can read or write. It is not up to us to determine whether or not this is correct.
This is simply the way things have transpired for the current generation, and we cannot ignore them any more than we can ignore the sun’s heat.

The Internet has introduced us to a plethora of novel solutions to long-standing problems. For example, the way we collect and consume music has shifted irrevocably since the advent of the mp3. And even mp3 became obsolete as it became clear that you could listen to any song you wanted by simply searching for it on YouTube without downloading or storing any files on your device. The same thing occurred with MP3 players.
Even though the iPod was popular for a few years, it was quickly surpassed by a new generation of smartphones, which are essentially pocket-sized computers.

However, nothing has likely changed more dramatically than the way we shop as a result of the web. The e-commerce revolution is also in its second human generation, and it has been advancing at a breakneck pace, propelled forward by industry titans such as Amazon and Alibaba.

Unfortunately, while it was undoubtedly progressing at a rapid pace, the Covid-19 II pandemic that struck the world at the end of 2019 accelerated the e-commerce revolution. Amazon hired hundreds of thousands of new employees in response to increased demand for goods and services. Additionally, the widespread use of lockdowns in a large number of countries compelled people to shop online.

Many buyers who would have waited months or even years to try their hand at Amazon (due to apprehension about digital technology or simply a lack of expertise) have been forced to become digital buyers immediately. As a result, Amazon exploded in popularity. It grew to a value of more than a trillion dollars.
Jeff Bezos surpassed Bill Gates as the world’s wealthiest man. Amazon’s relevance in today’s world has grown greater than that of Microsoft or Google, as Amazon also leads the world in cloud computing technologies.

So where does e-commerce go from here? True, Amazon’s position appears unassailable at the moment. However, Microsoft, Yahoo, IBM, and other corporations have previously appeared invincible, only to be supplanted by new, more robust solutions. Consider the search engine wars of a few decades ago.
Yahoo examined the market’s peak as the stock market wildly overvalued it. Nonetheless, Altavista possessed superior technologies and hardware, AskJeeves appeared to be more functional, and Excite was simply cool.

E-commerce and Buying.com: Is this the second generation?

Is there another way? Is there a second-generation e-commerce project that could take on the industry’s current behemoths? One capable of delivering the final version of e-commerce by leveraging the latest technological advancements? Buying.com believes it can affirmatively respond to this question.

Since 1995, the world has changed dramatically in far too many ways to mention here, but if we limit ourselves to developments that have the potential to change the game for e-commerce, suffice it to say that Bitcoin, the blockchain, and cryptocurrencies came into existence. Bitcoin not only introduced a new speculative asset to the market, but also a new set of values emphasizing decentralization and peer-to-peer networks as the way forward.

That is not to say that the last man standing in e-commerce must be Bitcoin-based (though it almost certainly will be), but it does mean that it must incorporate those new values into its paradigm in some way. Additionally, Buying.com has.

Buying.com’s vision is to be the platform that ushers in the second generation of e-commerce by bringing together the best features possible in e-commerce and integrating everything according to new digital canons, thereby resolving an old problem with new methods, much like Google did with search.

So what is this ground-breaking new e-commerce solution? The new paradigm for Buying.com combines improved technology with innovative, more localized distribution methods, increased operational scale, and adaptation to changing consumer behaviors. Additionally, it incorporates blockchain technologies through the issuance of BUY, a utility token that powers the platform, as well as a decentralized ledger that ensures transparency and reliability. Additionally, it applies the lessons learned from Amazon and Alibaba to build a new platform that embraces decentralization to optimize functionality. The token sale will take place in collaboration with TrustSwap on July 14th, 2021 at 9:00 AM PST. Additional information is available in TrustSwap’s Medium post.

Another distinguishing feature is the platform’s commitment to providing its users with the best wholesale prices possible. That is the primary goal of the Direct Product App, which has been in development for years in order to ensure that every buyer receives the best possible price.

All of these search engines were first-generation. And ultimately, they all failed and lost the war.

In case you were wondering, Google won the battle. Two critical components comprised the winning strategy. To begin, it had a superior product in the form of a search engine that understood how to incorporate relevance; second, it had a business model that understood how to monetize the search engine in the first place. Thus, Yahoo, Excite, AskJeeves, and Altavista, along with the rest of the first-generation players, either ceased to exist or became irrelevant.

There is something for e-commerce platforms to learn from the experience of the search engine wars. While first-generation solutions may generate the most hype, they are rarely the last man standing in any market. Regrettably, that is a possibility for Amazon.

The reason for this is that first-generation internet solutions are inherently analog. Rather than that, they are older analog solutions that leverage technology to alleviate some of the friction associated with aging processes but were not designed with the Internet in mind from the start. Thus, Altavista amounted to little more than a digital dictionary populated with web entries.

On the other hand, Google analyzed the entire environment to determine which links across the network point to the most important pages in each subject.
One solution was to use an index book in the traditional sense, though not on paper. The other was an entirely digital search engine built from the ground up with a digital mindset. One was a failure, while the other became the global standard.

Consider the current state of e-commerce. Amazon and Alibaba are the world’s two largest players. Both are first-generation platforms in the sense that they are analog stores enhanced by the web, but their processes are built from the ground up for the digital world. To illustrate the point, both platforms rely on established and centralized postal and delivery services (FedEx, UPS).

The only constant in the world is change. On the Internet, things change even faster, and new paradigms quickly supplant older ones without users noticing.

In this context, Buying.com is a project whose leadership has already recognized Amazon and Alibaba’s impending demise. They are large, powerful, and market leaders on a global scale, but they are also antiquated, relying on analog resources and methods that are limited in scope. There has to be a better way, according to the new digital reality, and Buying.com believes it has already discovered it.

Will Buying.com take over the world’s e-commerce in the future? It’s too early to tell. However, competition is fierce, and both Alibaba and Amazon have a vast pool of resources that may enable them to adapt their strategies independently and bring about the second generation.

As a result, they appear invincible at the moment. However, IBM, Microsoft, and Yahoo all contributed in their own unique ways.

One thing is certain: the first generation of the e-commerce revolution has served its purpose and, sooner or later, it will evolve into a new set of solutions that address the same issues more effectively by leveraging better technologies, logistics, optimizing human resources, being more environmentally friendly, and leveraging the blockchain and cryptocurrencies. This is the fundamental tenet of Buying.com’s existence. And precisely for this reason, it may succeed in the long run.