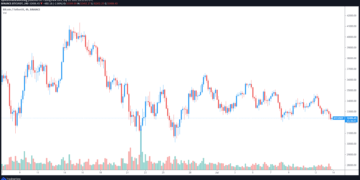 by coinnewsdaily
in Bitcoin, Ethereum, NFT
0 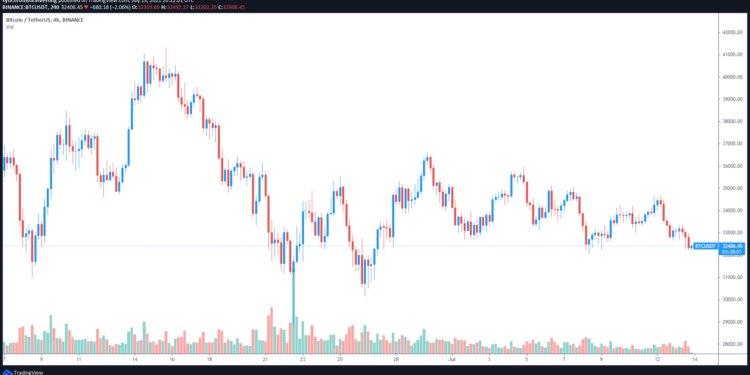 Within the past few hours, a fresh wave of selling pushed Bitcoin (BTC) price close to the $32,000 support level as the low trading volume and general disinterest from traders saw the price revisit the lower section of its current range.

The price of Ether (ETH) also fell under pressure alongside Bitcoin as the building momentum ahead of the network’s upcoming London Hard Fork failed to support a price above $2,000, resulting in a daily low of $1,918.

Some insights into the current market conditions were offered by Gas Fring, a pseudonymous Twitter account, who posted the following tweet highlighting previous instances of range-bound trading for BTC.

1/ Here’s a chart showing occasions when $btcusd has remained rangebound.

As shown in the chart below, Bitcoin price has a tendency to trade within a consistent range following significant price moves, with previous instances lasting up to 132 days as was the case in late 2018 to early 2019.

According to Gas Fring, in the previous instance of a “layered stricter compression” seen in Q4 of 2018 and in the summer of 2020, the period of tighter compression “lasted for roughly half the overall period.”

“This tells me that we might have another 2 weeks or so of such inner tighter compression which will take the periods to 34 and 68 days respectively.

The altcoin market was hit hard by the afternoon sell-off, leaving few coins in the green as traders hastily made for the exits.

Nonfungible and gaming tokens like Axie Infinity (AXS) and Small Love Potion (SLP) continue to be the bright spot in an otherwise gloomy market, putting on gains of 22% and 35% respectively as new users embrace the daily income opportunity provided by the blockchain-based trading and battling game.

Other notable gainers include a 16% increase in the price of Phala Network (PHALA) and a 15% gain for MyNeighborAlice (ALICE).