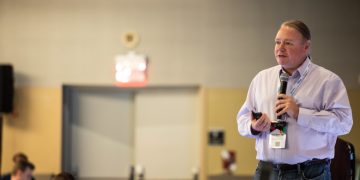 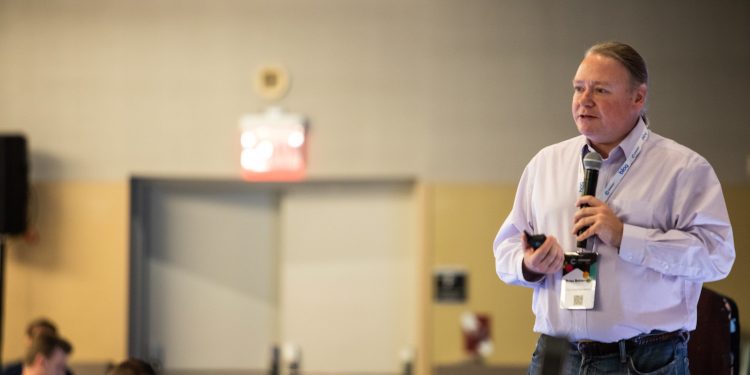 A software client designed from scratch to connect businesses with the public ethereum network, Besu enjoys the support of Hyperledger, the Linux-like greenhouse for growing open-source blockchains.

As such, Besu has the clout to potentially eclipse all the other enterprise versions of ethereum, including megabank JPMorgan’s Quorum.

On the face of it, there’s plenty of Kumbaya refrains being sung around the ethereum campfire, with engineers at Quorum helping sponsor the inclusion of Besu into Hyperledger.

But scratch the surface and you’ll find an interesting pattern of chop and change underway. Take, for instance, ethereum stalwarts Adhara, an important application builder in the wholesale payments space, that recently flipped from using Quorum to Besu.

Adhara was behind Project Khokha, which used Quorum to test zero-knowledge proofs with the South African Reserve Bank (SARB). Prior to that, Adhara co-founder Peter Munnings was also part of a Consensys team that tested Quorum with the Monetary Authority of Singapore.

Explaining the rationale behind the change of client, Munnings told CoinDesk:

“Besu has very serious enterprise-grade support agreement which is easy to access. The Quorum team is very focused on JPMorgan projects, so we are not finding the same level of response from them.”

It’s probably fair to say that the popularity of Quorum caught the bank by surprise and there have been recurrent rumblings about JPMorgan spinning out the platform.

On the question of project support, a source close to JPMorgan’s Quorum engineering team said Adhara’s decision to seek more help from Hyperledger was a “fair point.” But the source stated that there is “a clear separation” between the Quorum engineering team and the bank’s use cases team, which looks after things like JPM Coin and the Interbank Information Network (IIN).

Quorum has 20 engineers who engage and support developers on Slack, Github and through global meetups, the source added.

By comparison, Pegasys, the engineering team linked to Consensys which built Besu, has some 71 staffers, of which about 40 engineers are working on the core Besu client and enterprise features. In addition, there’s the support that comes with Hyperledger involving numerous channels to promote projects, meetups in every major city, and an annual global forum (next to be held in Phoenix in March) where Besu is expected to play a starring role.

The frisson around Besu is spreading to other projects too. Consensys affiliate Kaleido is testing Besu, which brings Quorum-based consortia like Komgo within the ambit of Hyperledger, and similar shifts can be expected from other projects and teams within the Consensys stable.

Also worth mentioning are LACChain (a consortium of institutions across Latin America and Caribean attached to the Washington, D.C.-based Inter-American Development Bank) which ran a test net on Quorum; and Madrid-based startup ioBuilders, which has one product running on Quorum and another running on Besu.

“A lot of people have built pilots or are in production with Quorum and they are now doing PoCs or tests of Besu so that they can compare them.”

“Our Holy Grail is finding secure, scalable ways for enterprises to connect to mainnet, either running their own nodes or running private consortiums with some kind of bridge,” he said. “So hopefully we will be releasing something on that in the next 3 or 4 months.”

Developers on the Quorum side would probably point out that the bank chose a fork of the mainnet Go ethereum client, which has been running most of the network and had more adoption and testing than anything else.

Another wrinkle concerns the slightly different versions of the Istanbul Byzantine Fault Tolerance (IBFT) consensus algorithm run by Quorum and Besu, with the latter laying claim to a newer version, dubbed IBFT2. Munnings of Adhara, who has tested both versions, said the modified version is “more stable,” adding that IBFT2 is “unfortunately not compatible at the moment with the Quorum implementation but we are hoping that they will sort that out between them.”

In fact, there is an Enterprise Ethereum Alliance (EEA) working group called XBFT to address this that sports participants from Consensys, JPMorgan and Santander.

Besu might also enjoy favor from sections of the ethereum community who are less than comfortable with a megabank like JPMorgan being the biggest player out of its enterprise implementations.

Khan said JPMorgan Quorum has been a huge vote of confidence in ethereum and made it front-page news, but said of the discomfort: “I don’t think it’s particular to JPMorgan; I think you see a challenge in the blockchain industry when any one company starts a consortium.”

Summing it all up, Brian Behlendorf, executive director of Hyperledger, said the nature of competition between open-source projects is different from that between proprietary platforms. Quorum’s innovations will naturally flow into Besu, he said, rather than simply duking it out for supremacy.

“I think for any open-source project to mature and actually become an industry movement, it does need multiple companies providing support and eventually things like administrator certification or being able to certify vendors. Those are two things that we have now jumped into at Hyperledger.”

Behlendorf revealed that he would have pitched Quorum by now, but for the fact that one of Hyperledger’s “hard and fast requirements” is that code has to be under an Apache software license. Quorum is intimately linked with the Go ethereum client and falls under General Public License (GPL).

“I respect that different people have different opinions about licenses; if that works for them then great. But that meant we couldn’t pitch to Quorum, and I do think that is something they may have challenges with going forward.”