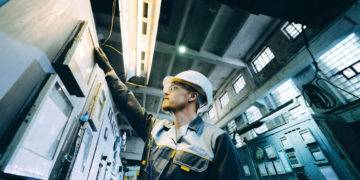 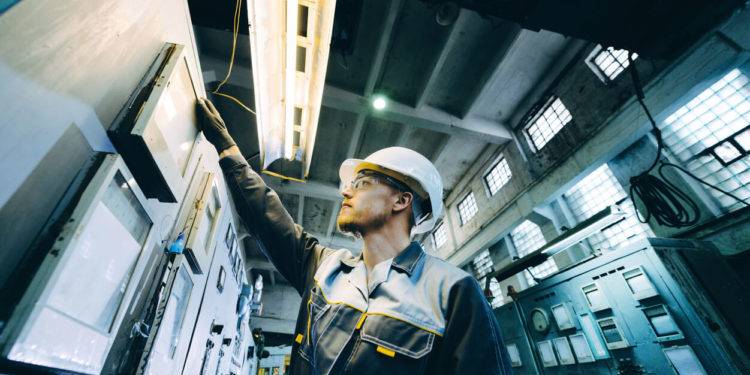 Bitcoin (BTC) and its insatiable appetite for energy have recently received a lot of attention.

Others in the bitcoin industry, however, believe that even though the cryptocurrency consumes nearly as much electricity as the Netherlands does in a single year, it will be a net benefit to the energy sector in the long run.

There is disagreement among those who have commented on whether Bitcoin will contribute to national power grids; some experts believe that plants built for Bitcoin mining will be used exclusively for Bitcoin mining, while others believe otherwise (and nothing else).

The cryptocurrency mining sector, according to many who work in the field, appears to have a few rare instances of mining operations being connected to home energy grids. Zach Bradford, the CEO and President of CleanSpark, a Nevada-based energy technology and clean Bitcoin mining startup, informed CoinNewsDaily that this is the case.

“For example, for a new mining facility we are getting off the ground near Atlanta, Georgia, we partnered with the utility company to invest in new transmission lines — benefitting not just our own facility but everyone who lives along those improved lines,” he said.

Additionally, according to the CEO, they will be taking part in a local program sponsored by the utility that will allow them to acquire renewable energy credits to offset any fossil fuels that may be present in the local energy mix.

Bradford goes on to say that the monies pouring into the program will be utilized to increase investment in solar energy generation in the local area, which will benefit other energy customers as a result of the increased investment. He also points out that other mining companies have renovated coal-based fossil fuel plants and converted them to natural gas plants, which, although not very ecologically beneficial, does at least enhance overall capacity.

This is a statement made by others, both within and outside of the mining business, who have made the same observation.

Igor Runets, the founder and CEO of BitRiver, a provider of colocation services for green cryptocurrency mining, explained, “Bitcoin mining allows for a faster payback on renewable energy projects such as solar, wind, or hydro projects, which means more of them can be built faster in regions where it would not be economically attractive otherwise.”

While some argue that the majority of this new capacity is being used almost solely by the bitcoin mining sector itself, others point out that there is little (if any) extra energy being dispersed elsewhere.

Bitcoin researcher and investor Marc Bevand said: “I am aware of examples of miners who have raised capital to finance and build their own power plant. However typically their output is wholly consumed by mining machines, and not redistributed to the grid.”

Additionally, Chia Network Chief Operating Officer and President Gene Hoffman states that new energy capacity is frequently dispersed, notably in the United States, and that this is a problem.

He explained in his interview: “There is no doubt that Bitcoin mining in the United States has resulted in the construction of new power plants as well as the re-opening of coal-fired power plants. The new generation capacity, on the other hand, is often located in rural areas, and as a result, it contributes to the imprisoned electrical capacity in places like upstate New York and the Columbia River Valley.”

Hoffman further points out that Bitcoin mining facilities in both of the aforementioned locations are in direct competition with other consumers, such as Amazon’s data center in Oregon.

Assuming that the majority of new Bitcoin-built power plants are only used for mining, is it possible that in the future, plants originally built for Bitcoin will also send energy elsewhere?

“It’s not just feasible, it’s happening now,” said Zach Bradford. “Bitcoin mining facilities can participate in demand response programs to improve the health of the grid around them.”

In accordance with Bradford, those who participate in such programs have the ability to shut down as required, allowing a utility to redirect the excess energy capacity that was developed for Bitcoin mining activities to areas or facilities that require additional energy.
“This is most common during natural disasters, as well as during periods of extreme cold and heat,” he explained.

Christopher Bendiksen, the Bitcoin Research Lead at CoinShares, also claims that this type of thing is already taking place in the cryptocurrency market.

Mining workers have previously demonstrated their ability to serve as demand response units in the ERCOT system in Texas.“
They have agreements with local grid operators to turn off electricity when demand is low, ensuring profitability for the generators, while turning it back on when demand is high, ensuring that electricity is available to homes, businesses, and industry when it is most needed,” he explained to CoinNewsDaily.

Bendiksen anticipates that the number of miners working in this manner will “explode over the course of this decade,” allowing for far higher proportions of intermittent renewables such as solar and wind power in our energy mix in the future.

Not everyone, on the other hand, is as enthusiastic.
According to Bitcoin critic Alex de Vries (also known as the Digiconomist), it is doubtful that Bitcoin mining — and the plants used for mining — will make a significant contribution to a nation’s domestic energy networks in the foreseeable future.

“Miners are only capable of using energy; they are unable to store it.
In other instances, they are already consuming energy that is required or could be used by others,” he told CoinNewsDaily in an interview.

This type of situation occurred, for example, in Abkhazia, where rolling blackouts were experienced.
De Vries points out that Bitcoin mining is exhausting the resources of Navajo Station, and that approximately 14,000 Navajo houses are still without power.

His comments, which were made in reaction to a Facebook post made by Navajo Nation President Jonathan Nez, are accompanied by the phrase “locals appear to be highly outraged.”

In the long run, will it be a net positive?

Despite these complaints, the mining sector is optimistic that mining will eventually become a net positive for the energy business.

Christopher Bendiksen: “It’s a huge positive, both for producers, consumers, and our renewal generation goals. With miners acting as demand response units, if mining gets large enough, we can vastly increase the proportion of intermittent renewables in our generation mix.”

Marc Bevand also believes mining will be a net positive, pointing out that the mining business is unusual in that 95 percent of a typical mine’s operational costs are spent on energy, a figure that no other industry matches.

“As a result, miners with their own power plants invest heavily in technological advancements to decrease costs, and the advancements they make inevitably trickle down to help other businesses. I anticipate seeing some of these advancements in the short to medium term, particularly with solar energy, which is now the cheapest electricity in history, according to the International Energy Agency’s World Energy Outlook 2020 report,” he said.

Alex de Vries, a researcher examining how swiftly Bitcoin’s energy requirements have risen in recent years, is not as optimistic as those with a financial stake in Bitcoin and/or mining.

When asked if mining will continue to be a net positive in the future, he responds, “It probably depends on who you ask.” While oil and gas corporations appear to see numerous opportunities, grid operators are less optimistic (given the problems associated with grid stability).”