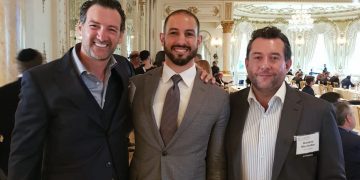 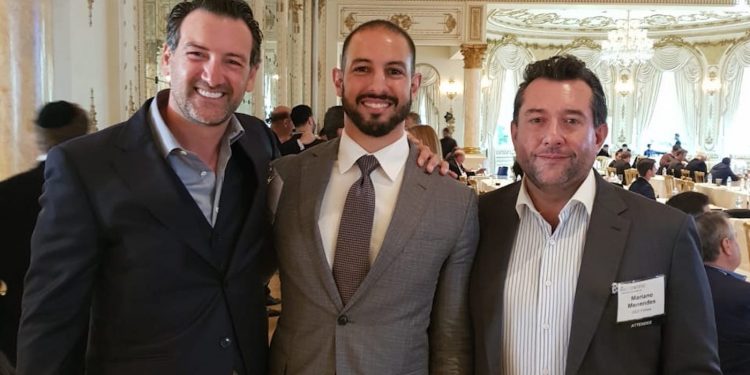 A health startup tied to a public cryptocurrency is using overstated language about some of its industry relationships and its affiliation with crypto exchange Coinbase as it seeks to sell tokens to investors, a CoinDesk investigation has found.

Mexico City-based Doc.com, which offers an app that provides healthcare and psychology consulting to underprivileged communities, also features a built-in wallet for the startup’s cryptocurrency, MTC. The venture-backed startup raised over $1.8 million in an initial coin offering (ICO) in 2018, then integrated MTC into its app in July of that year as part of a rewards program meant to incentivize users to sell their health data for tokens.

Yet, Doc.com has continued to sell its tokens – $49 million worth in total – even after its ICO at events like the Wall Street Conference at Donald Trump’s Mar-a-Lago resort in Florida, held on January 15. The startup said it plans to release these tokens in an airdrop to the public before April when the company switches to a proprietary blockchain called Lifechain.

At Mar-a-Lago, Charles Nader, CEO of Doc.com, pitched token investment opportunities to hedge fund representatives and family offices gathered to hear from notable entrepreneurs like Brock Pierce, showing a pitch deck that included at least two claims that have been substantially debunked by further CoinDesk inquiries.

Most notable is the inclusion of Mozilla CEO John Lilly and LinkedIn founder Reid Hoffman on a page of advisors and mentors.

Positioned as a means to provide free healthcare to people who might otherwise be unable to access it, the Doc.com project has attracted interest from organizations like the United Nations Office on Drugs and Crime as well as private investors.

But the way the platform functions has raised questions about its token rewards and the security of its users’ health data.

Alex Gladstein, chief strategy officer at the Human Rights Foundation, told CoinDesk: “This project deserves a lot of scrutiny and has a lot of red flags.”

On Telegram and Instagram, Nader has also released vague statements about “support” from organizations like Coinbase and Forbes México, which refers to the company as Docademic in a recent cover story about the startup.

Coinbase declined to issue a public comment for this story.

Further, on the company’s social media channels users have been actively discussing a potential listing on Coinbase, which Nader and his team have not responded to despite engaging directly with fans about numerous other topics.

Some market observers, such as Gladstein, believe Doc.com has come to encapsulate many of the ethical complexities involved with token sales, suggesting that the dynamics behind the 2017 crypto market boom haven’t faded along with the market itself.

Nader said MTC tokens can be used to buy access to healthcare data from more than 141,000 people who already downloaded the startup’s app. Users are said to be paid small amounts of MTC to anonymously release their healthcare data for resale.

Plus, Nader has also said his startup is partnering with the United Nations Office on Drugs and Crime to combat recidivism by expanding its free psychology consultations and other services to Kenya by April.

“We are planning to collaborate with Doc.com, with their new technology to be able to provide free healthcare in Africa,” Wambui Kahara, who described herself as a United Nations Offices on Drugs and Crime advisor, told CoinDesk. “And also to be able to use research to inform governments and others on how to better prevent diseases.”

The UNODC did not respond to an independent inquiry about this initiative.

“We monetize that data and sell it to governments and pharmaceutical companies,” Nader told CoinDesk, adding that users can spend MTC on the app to pay for specialist services beyond the free, basic sessions.

Others in the non-profit community, however, are wary of such initiatives. For example, Gladstein of the Human Rights Foundation told CoinDesk he is deeply troubled by the structure of of Doc.com’s token economy.

Gladstein went on to describe Doc.com as a hotbed of “red flags.” One such concern is that Doc.com has not yet published technical documentation for the upcoming Lifechain ecosystem on open source sites like GitHub.

Nader told CoinDesk there were plans to audit the code “at some point,” without specifying concrete plans with any firm or group.

Another “red flag” noted by Gladstein is that conversations in the company’s social channels are primarily focused on the startup itself and the asset’s trading potential, not app users.

Cryptocurrency promoter John McAfee is listed as one of the startup’s advisors and has been encouraging his Twitter followers to support MTC adoption since last February. One such tweet claimed the tokens could soon sell for $10 each, while another dubbed it the “King of Crypto” assets.

The company’s pitch deck presented at Mar-A-Largo promised investors the likelihood Doc.com tokens would increase in value “is much higher” than bitcoin because the tokens “are used to view healthcare data and linked to real users in the platform that need it.”

Nader also told CoinDesk the value of this token would rise as “demand for the data goes up.” However, the Mexico City-based team isn’t concerned that U.S. regulators could see MTC as an unregistered security even though the company claims to have roughly 20,000 app downloads in Florida.

“It’s a utility token, it’s not a dividend,” Diaz told CoinDesk. “It’s a representation of the data that is being processed on the blockchain.”

Although it’s not clear that any users of the company’s app are posting comments about Doc.com on social media, there are some user reviews of the Doc.com mobile app. However, it’s hard to say how many of the user reviews related to the mobile app are genuine since many are anonymous. And in one instance, CoinDesk identified that Doc.com CTO Arturo Diaz left a positive user review of the app on Google Play without disclosing his involvement in the project.

Beyond technical infrastructure, the Human Rights Foundation’s Gladstein said that paying the participants in local fiat currency or bitcoin would alleviate some of his concerns about the token’s usability.

Otherwise, he said, users are trusting the startup to control this token’s inflation so they can actually afford to buy medical services with their token rewards, regardless of external trading.

While CTO Diaz says the new Lifechain system will offer some form of built-in inflation control, Gladstein said he was still “very concerned” that users may not “actually understand what is going on.”

“They [Doc.com] are able to do this because for every person who knows what happened with ICOs, there’s 100 who haven’t learned yet.”

Still, Doc.com believes it has answers to these questions.

The in-house blockchain system Lifechain, which Diaz said his team developed from scratch over the past few months, would be responsible for safeguarding the privacy and consent dynamics of selling users’ healthcare data.

“All the information that you put in the application is encrypted into our health records database,” Diaz said. “You cannot share information from patients without their consent. This [for enterprises] is mostly statistical data, like how many cases of flu happened around this area for males or females.”

So far, Diaz said he’s not familiar with concrete plans to run mining operations or nodes, which will purportedly be powered by proof-of-work, a system wherein any participants are responsible for contributing computing power to ensure record-keeping for the decentralized ecosystem.

“We’re going to look for whoever wants to be the main nodes,” Diaz said, adding that he assumes there is someone at Doc.com speaking to organizations about nodes and mining, because they don’t plan to run that aspect of the infrastructure themselves. “That [mining] is something that I don’t think we are going to get into right now.”

Nader said they are pursuing a relationship with a mining company, plus he believes other miners and node operators will organically rise up from the “community” on Telegram, Twitter and Reddit. But Nader also could not name any specific partners committed to helping run the network scheduled for imminent launch.

“This system is currently much more secure, transparent and vastly better than what is currently available,” he said. “Patients are even getting paid for their data, unlike almost all of the world’s healthcare system.”

Diaz said there are currently around 9,000 MTC addresses and that app users are directly provided with both public and private keys to control their own token rewards. Still, after reviewing the privacy policy on the app, even two tech-savvy MTC traders from Naos Blockchain Capital told CoinDesk they weren’t quite sure whether the startup was already selling their healthcare data.

“You don’t have to think about it as your data, you can think about it as macro data,” Naos Blockchain Capital co-founder Abraham Cobos Ramírez told CoinDesk. “We believe that Doc.com is one of the few crypto projects today with a social mission that already has a working prototype.”

Support from the United Nations, and the prospect of a future listing on Coinbase gave these Naos Blockchain Capital investors confidence in the lucrative potential of this startup’s crypto asset. And, thanks to Coinbase, institutional investors can now hold MTC with a regulator-approved custodial service.

“The data that is collected goes specifically to research that will benefit these populations…We hope within one year we will be able to cover most countries in Africa.”