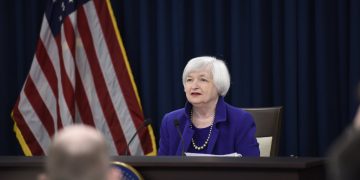 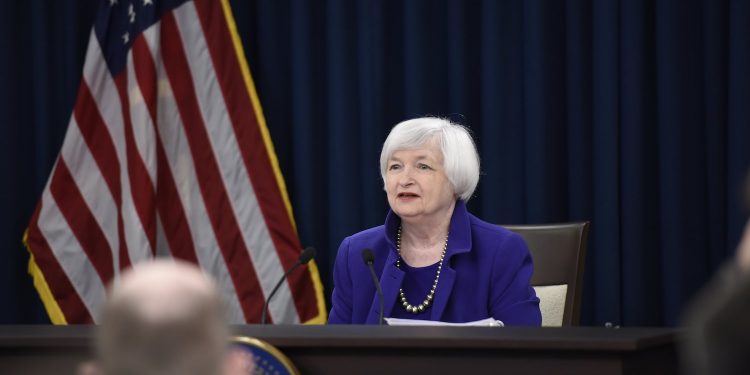 Former U.S. Federal Reserve chair Janet Yellen is “not a fan” of bitcoin.

Speaking at the Canada Fintech Forum on Monday, Yellen, who served as chairman of the Board of Governors of the Fed between 2014 and 2018, outlined a number of concerns she has with bitcoin in general and the idea of central bank-issued cryptocurrencies specifically. Yellen spoke about price volatility, investor risks and the threat of hackings in a five-minute speech, according to a video posted online by Francis Pouliot.

“I will just say outright I am not a fan, and let me tell you why,” Yellen said. “I know there are hundreds of cryptocurrencies and maybe something is coming down the line that is more appealing but I think first of all, very few transactions are actually handled by bitcoin, and many of those do take place on bitcoin are illegal, illicit transactions.”

Yellen has previously described bitcoin as a “highly speculative asset” in testimony before Congress. Months prior, a separate (and unrelated) appearance by Yellen before a Congressional committee featured a now-infamous “Buy Bitcoin” sign appearing behind the former Fed chair.

Referencing to bitcoin’s use as a payment method, she said on Monday:

This is due in part to bitcoin’s decentralized nature, she said.

Moreover, Yellen argued bitcoin’s energy use is “very high” when compared to traditional payments rails, which she believes is another sign that bitcoin is not an effective form of currency or a stable source of value.

Regarding central bank digital currencies, Yellen took aim at other perceived issues. For one thing, central bank-issued cryptocurrencies “could have negative impacts on financial stability,” she said.

She added that “in introducing essentially a digital version of cash, first of all, cash is anonymous and again the terrorist financing, money laundering, Bank Secrecy Act concerns would become enormous if you had something digital that is also anonymous.”

Other concerns revolve around cybersecurity, Yellen contended. Global anonymous currencies “would be an obvious target for cyberattacks,” according to the former Fed chief.