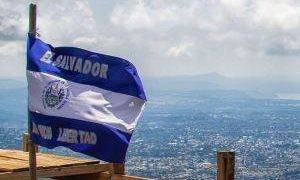 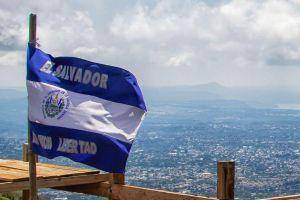 The path for Bitcoin (BTC) to become legal cash in El Salvador has cleared another hurdle, with parliament passing a bill to establish a USD 150 million adoption fund – but government critics continue to express their dissatisfaction.

The National Assembly’s acceptance of the fund was never in doubt, given the strength of President Nayib Bukele’s Neuvas Ideas party majority (56 out of 84 seats). The fund will enable the government to give support for BTC-USD transactions, with funds administered by El Salvador’s Development Bank (Bandesal). Bukele is aware that many businesses, particularly in the early phases of his plan, will likely seek to convert BTC payments to fiat.

Another USD 30 million in loans has been set aside for a scheme in which the government will award users of its new Chivo bitcoin wallet and exchange platform a USD 30 golden hello bonus — in Bitcoin.

Additionally, the government will invest USD 23.3 million in new locations that would house cryptocurrency ATMs.

According to the newspaper El Diario de Hoy’s website ElSalvador.com, Economy Minister Mara Luisa Hayém Brevé remarked that the treasury may yet expand the amount of the USD 150 million fund.

“We have several teams in the country to show the population how to use the Chivo wallet. We have developed a user-friendly application so that all Salvadorans can learn to use this cryptocurrency.”

However, resistance to cryptocurrency adoption persists. According to the same newspaper, a number of opposition MPs spoke out against the bill and adoption plans in general.

During the debate preceding the vote, members of the two largest opposition parties, FMLN and ARENA, spoke out in the house.

René Portillo Cuadra of ARENA attacked the government for funding adoption through a series of loans that would ultimately be repaid by taxpayers.

“There is something fishy about this bitcoin business. Someone will gain from it, but it is not the people, namely those who own businesses. Time will prove us right.”

Anabel Belloso, an FMLN member who co-led an unsuccessful attempt to derail the bitcoin bill earlier this summer, termed the fund a “link in one of the most foolish decisions this Assembly has ever made.”

Belloso argued that the move would benefit only a select “few” and that the adoption plan would exacerbate the country’s “inequality.”

The majority of parliamentarians dismissed a protest (which is still ongoing) outside the National Assembly building by an apparently small number of “elderly” citizens opposed to the idea of receiving their pensions in BTC (which the government has rejected) as a matter for “a small group of individuals.”

However, Portillo Cuadra asserted that resistance to adoption was not limited to angry “old guys on the corner [of the road leading up to the building],” but was shared by “more than 6 million Salvadorans.”

Other members of parliament said that Cuba’s decision to embrace crypto was a warning sign, adding that El Salvador should avoid adopting the same policies as an economic pariah like Cuba.

However, some fear that the adoption plan will result in financial marginalization. El Salvador is reliant on IMF assistance and is hopeful of getting a new loan in the coming weeks. However, the International Financial Review reports that sovereign bonds have been falling precipitously since early June, when Bukele announced his first BTC adoption decision.

The announcement of BTC adoption sparked “concerns that it could compromise a deal with the IMF,” it wrote.

“The distressed yields suggest restricted market access with re-entry only possible at lower levels under a formal IMF program.”

As previously reported, Fitch Ratings warned in August against the potential negative repercussions of El Salvador’s financial institutions and insurance sector adopting BTC. The country would have to either keep BTC and risk daily volatility, or instantly sell any incoming BTC to the market, incurring additional expenditures, according to the agency.