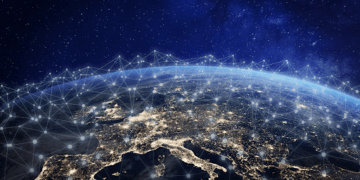 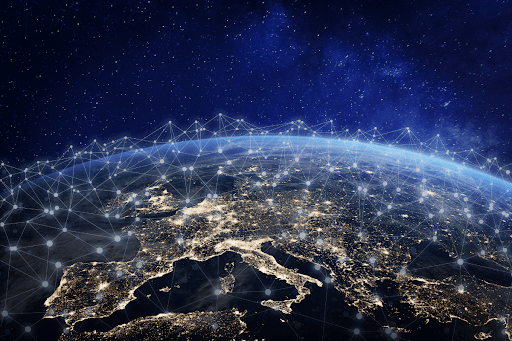 Scalability has emerged as a major worry for the blockchain ecosystem. For years, legacy networks such as Bitcoin and Ethereum have struggled with network congestion and low performance due to this precise reason.

Numerous efforts are now floating around the cryptoverse, the majority of which are focused on increasing the throughput of existing chains. Among these options, a more radical approach to resolving the scalability issue has emerged. Rather than depending on blockchain’s distributed ledger technology (DLT), numerous initiatives are currently pursuing implementation of what is known as directed acyclic graphs (DAGs) (DAG).

Here’s a quick primer on what a DAG is and how it has the potential to change the blockchain industry.

What Is The Definition Of A Directed Acyclic Graph?

To grasp the concept of DAG, it’s necessary to first grasp the blockchain’s workflow. Data is kept in blocks on a blockchain network. Each transaction generates a new block that is cryptographically linked to the previous block (hash). There is a delay between the completion of a transaction and its inclusion in a block.

As such, the complete process may take anything from a few seconds to several hours, depending on the volume of transactions being handled. Add to this the inflated network charge, and it’s easy to see why scalability is a huge issue in the face of widespread blockchain use.

A DAG, on the other hand, solves this limitation by storing data in nodes and groups of nodes that operate concurrently, rather than in blocks. Simply expressed, the directed acyclic graph paradigm is very similar to a file directory, in which folders can have subfolders that branch into their own subfolders, and so on. The term ‘acyclic’ in this case refers to the fact that no node in the graph can reference itself.

Each node in the DAG architecture can include several transaction layers. Additionally, these nodes eliminate the need for miners. Algorithms ensure that each new transaction recorded in a node is validated against two previous transactions, significantly reducing the amount of superfluous validation required in traditional networks.

In comparison to existing consensus methods, the DAG consensus model ensures faster throughput and lower transaction costs, allowing for a greater number of users to enter the crypto ecosystem. Miners cannot construct more than one block concurrently in older blockchain networks, which means that additional transactions cannot be added to the network until the prior transaction is finished.

By contrast, the DAG architecture eliminates the requirement for blocks by simply adding transactions to its network. Due to its tree-like structure, the DAG model enables simultaneous validation of many transactions, resulting in a higher throughput than blockchains that use the PoW (proof-of-work) or PoS (proof-of-stake) consensus models.

Additionally, the DAG approach does away with the need for miners. Miners are rewarded for successfully mining a block in both PoW and PoS networks. Due to the fact that everyone wants to earn more, there is intense competition, resulting in opposing aims and visions between token holders and miners. The ‘node’ is the miner in a DAG-based network. With miners removed from the equation, transaction fees are also reduced to zero.

Several firms are currently working on the DAG consensus. Millicent, a hybrid layer-1 distributed ledger network co-funded by the UK government, is a promising project at the forefront of this change. Millicent’s hybrid structure, which is powered by a Directed Acyclic Graph (DAG)-based consensus engine called Soloman, is leading the race to become the infrastructure layer for the future of global banking.

The platform’s DAG-based consensus mechanism provides a number of benefits, including parallel transaction processing, composability, and interoperability, as well as speeds of up to 10,000 TPS (transactions per second). As a result, Millicent bridges the gap between traditional banking and blockchain technology, providing seamless interaction across individual chains.

DAG is the next major advancement in blockchain technology, aimed to address the shortcomings of older consensus processes. Currently, just a handful of projects are utilizing this technology, and they are still in their infancy. If platforms like Millicent are able to deliver on their promises, we may see highly scaled blockchain ecosystems capable of solving a wide variety of real-world problems.