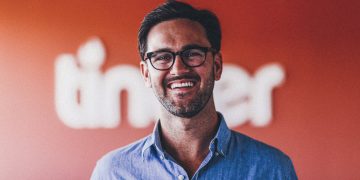 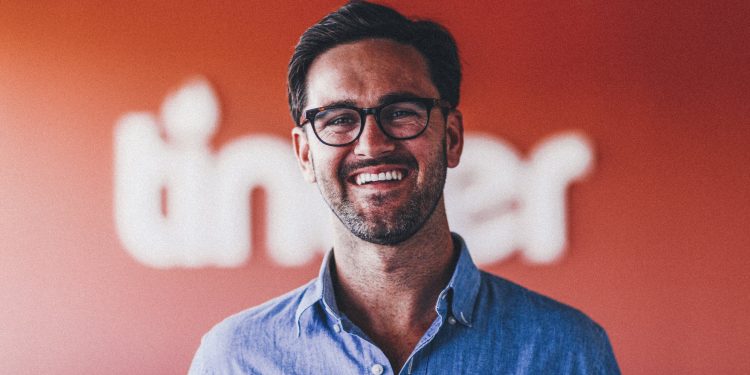 Crypto needs a killer app and a better sales pitch.

Through the fund he created last year, Chapter One Ventures, Los Angeles-based Morris has quietly gotten in on some of the buzziest crypto companies over 2017 and 2018 – CryptoKitties, Radar Relay, Blockfolio and Paradigm.

But while this side project has stayed out of the limelight, so far, his day job is a household name: Tinder. A member of the publicly traded Match Group, which controls most of the world’s major dating apps, Tinder was able to pierce the public consciousness by making online dating feel more like a game.

And for all the memes and Tumblrs it has spawned, the Tinder team has a reputation as a focused product company, one with an app honed to make introductions between strangers through its innovative double opt-in approach.

Morris serves as the head of product and revenue at the dating site.

And he told CoinDesk, that experience has provided a lot of lessons that help him decide what crypto companies to invest in and that the broader crypto industry might need to take heed to.

But as someone in a super successful traditional tech company, Morris’ realization that the crypto industry was flush with innovative ideas didn’t come right away. There wasn’t much pushing him to really think heavily about crypto until his career network started shifting and displayed that he might be missing something.

“Crypto didn’t feel super real to me until I saw people I knew working at brand name companies going to work on crypto projects.”

And so, at the start of the year, Morris wrote on Chapter One’s website that he wanted to invest in 10 crypto projects in 2018. He’s already surpassed that, though, with 12 investments made, five of which are companies that haven’t told the public they exist yet.

He added, “The hardest part right now is having the discipline to say no.”

What’s so exciting about the crypto space to Morris is that it’s all built around digital goods – which he has seen the power of at Tinder.

While subscriptions lead Tinder’s revenue, under the hood, the dating app is one of the most successful digital product apps of all time.

It has introduced two digital products – Tinder Boost, which increases the number of times a user gets seen for a certain amount of time, and the Super Like, which allows a user to alert another user that they’re overly interested – that have been extraordinarily popular.

Indeed, Tinder dominated the iOS app store in revenue in 2017. With 3.8 million average subscribers (paying users) in the second quarter of 2018, Tinder’s revenue this year will eclipse $800 million, more than double what it brought in in 2017, according to projections from its executives.

Tinder doesn’t break out specific revenue numbers for Super Like or Boost, but their success shapes Morris’ thinking about the promise of crypto.

While both of those products have been successful, the company had to be thoughtful about how they were introduced and rolled out so that people understood them and wanted them and so that their value didn’t get diluted.

And when Morris invests in a crypto company, he wants that same amount of attention.

“I have definitely seen the power of digital goods at Tinder in terms of creating intellectual property that adds value to consumers lives,” he told CoinDesk. “When I saw CryptoKitties created, I thought: This could be the start of an entirely new application of digital goods.”

And with that, Morris concluded:

In need of product people

What could hold the crypto industry back, Morris thinks, is the lack of people with specific product experience.

Sure the space is full of great engineers, he said, but it needs product professionals who know how to guide engineering teams to build things people actually want and need and make it easy for the desired user base to adopt and start using.

As such, Morris, who was already an angel investor before the fund was set up, told CoinDesk, “I am investing in the best product teams I can find in this space who have shipped products at scale before.”

For example, he pointed to the CEO of one of his portfolio companies, Robert Leshner of Compound Finance, the crypto lending platform. Leshner previously held a product role at Postmates, a mobile-first company that facilitates local delivery and has been a solid success.

That’s the kind of resume he believes the crypto industry needs so the use cases can “persevere for a sustained period of time.”

CryptoKitties and Augur, he said, have had their moments, but they haven’t sustained interest for very long. The best crypto-adjacent product he’s seen for holding users has been Brave, but it’s not really its crypto product that’s kept people around, it’s their ad-blocking browser.

To this, he said:

“[The crypto industry is] reaching a point where layer one is starting to require product thinkers.”

Those people, he argues, will be more focused on problem-solving and less interested in the decentralization narrative – “decentralize all the things” – which has been holding the industry back in his mind.

Instead, the decentralized web needs completely new uses for the internet.

“I’m really excited to see people enter the space who really build these things from scratch,” Morris said. “The internet is kind of this giant paywall … or it’s set up to make you hit paywalls. When the internet is more open, it’s exciting from a product point of view.”

Still, it’ll be a tough sell to bring this segment of tech talent into the crypto space at the moment.

Even if a well-funded ICO can pay competitively, an elite product executive is going to find themselves leading a tiny team compared to those at a well-established company, which isn’t necessarily appealing.

But, he does think, that will change with time.

According to Morris, the first really powerful digital products on the decentralized web will likely show up in gaming. That’s been historically true because gamers and game companies are less conservative about technology and try new things often.

Plus, gamers already spend a significant amount of money on digital goods. Decentraland’s Tony Sheng recently wrote a blog post about the power of scarcity and the incentives for game makers to adopt crypto models.

Yet, that isn’t to say that only game companies are thinking about the possibilities of blockchain right now. In fact, Morris thinks it’s much, much broader than that.

“I think every major consumer tech company has probably already asked themselves: ‘How seriously should we explore blockchain? How relevant is it to what we do?” he said, adding:

“There’s probably more activity happening than we could even really understand now.”