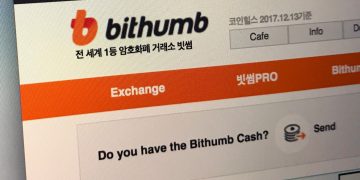 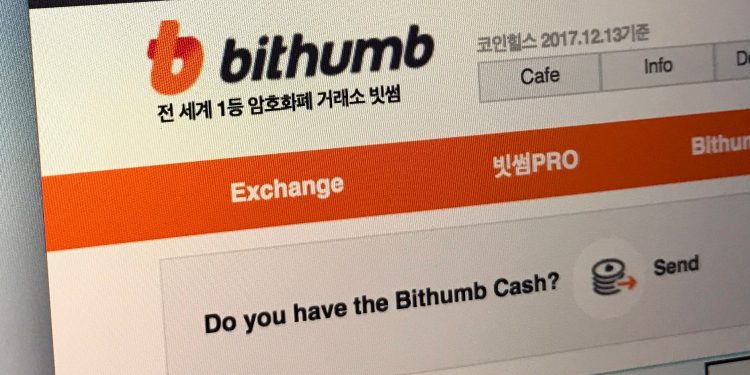 Bithumb, one of the largest cryptocurrency exchanges by trading volume, is looking to go public in the U.S. through a reverse merger.

Blockchain Industries, an investment firm focusing on the crypto and blockchain industry and traded on the U.S over-the-counter markets, announced Tuesday that it had signed a binding letter of intent agreement with Singapore-based BTHMB Holdings, the holding company of Bithumb, for the reverse merger deal.

A reverse merger is also known as a reverse initial public offering (IPO), wherein a private company acquires a publicly listed company to bypass the lengthy and complex process of a conventional IPO.

Once the deal goes through, the combined entity would be known as Blockchain Exchange Alliance (BXA), potentially becoming the first U.S.-listed crypto exchange. Both parties aim to complete the deal by March 1, according to the announcement.

BTHMB Holdings has already agreed to put $1 million into an escrow account as a consideration for the deal, which is still subject to due diligence review by the parties involved, as well as a final agreement on terms and valuation.

Patrick Moynihan, CEO of Blockchain Industries, said that the deal is expected to bring “liquidity, accessibility and expansion” to the blockchain sector, adding:

“By merging with BTHMB/BXA, we expect to bring more advanced technology and better compliance practices into the public marketplace via a consolidated focus.”

Through the deal, BTHMB Holdings plans to expand its business operations in North America, the statement states.

The news comes months after Bithumb sold over 38 percent of its ownership to a consortium based in Singapore, owned by plastic surgeon Byung Gun Kim, for about $350 million.

Kim, in Tuesday’s statement, said: “By unifying our businesses, we benefit from the focused expertise of Blockchain Industries. As a result, … we expect quality results from this merger.”

In June 2018, Bithumb was hacked for nearly $31 million in cryptocurrency. Later the same month, the exchange claimed that it had reduced the losses to $17 million after retrieving some of the funds.