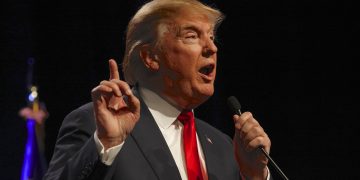 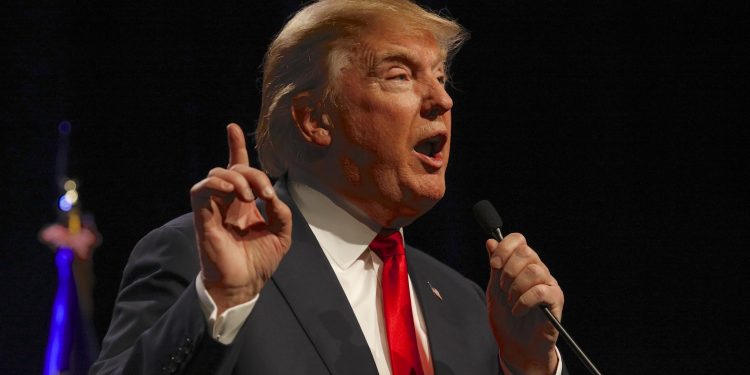 Noelle Acheson is a veteran of company analysis and a member of CoinDesk’s product team. The opinions expressed in this article are the author’s own.

The following article originally appeared in Institutional Crypto by CoinDesk, a free newsletter for institutional investors interested in crypto assets. Sign up here.

Bitcoin yet again graced global headlines last week, after the President of the United States, Donald Trump, took to Twitter to declare himself “not a fan” of cryptocurrencies, “whose value is highly volatile and based on thin air.”

The ensuing discussion largely celebrated the global attention and the fact that bitcoin is now important enough for one of the most powerful men in the world to make a public statement about it. And the crypto markets seemed to shrug it off, signaling with their relative indifference that they have bigger things to worry about.

One potential conversation that has been largely overlooked is how vulnerable bitcoin is to governments the size of the United States. Now that bitcoin has Trump’s attention, will more incendiary statements follow? Will he declare it a “bad idea” that needs “dealing with?” That would not be out of character.

The knee-jerk reaction to the possibility of a bitcoin ban is “yeah, just try it.” Many believe that a ban would be unconstitutional. Most insist that, even if passed, it would have no impact.

These assumptions are bold, largely unchallenged, and deserve a closer look as they mask confusion over what bitcoin is, and how far the influence of the world’s largest economy reaches.

In essence, Trump can try to ban bitcoin. If successful, the ban could have a material impact on the technology’s value. But, he won’t.

(Please note that I am not a lawyer, and there are nuances to every interpretation. Also, I hold a modest amount of bitcoin with no short positions and therefore have no interest in spreading FUD. But investors of all types have to be aware of risks, and the real danger lurks in those we don’t even think about.)

Code is not speech

First, let’s look at how he could do so. Many claim that a ban on using the bitcoin code is a ban on civil liberties. Code is speech, the argument goes, and as such is protected by the First Amendment.

This is not nearly as clear as it seems. Contrary to popular opinion, there has been no official statement supporting the claim – the Bernstein case so often cited, in which a judge upheld the claim that the government could not stop the publication of code, was superseded by appeals and eventually dismissed without an official ruling.

While code may have some elements of speech, in that it can be used to express and communicate, code is also very different. Unlike speech, it executes actions, which can be (and often are) regulated by law, with official enforcement.

Also, writing code as a form of expression is in itself as harmless as speaking your mind. But bitcoin users aren’t writing code, they are executing it. They are taking an action, which could theoretically be declared illegal. And given the public blockchain’s transparency, this would not be impossible to enforce.

Given the size and reach of the U.S. market, its absence from the bitcoin ecosystem would be felt, and not just in the price. Fungibility would come into question – the risk of accepting a bitcoin that a few hops ago was in a U.S.-based wallet could lead to the emergence of parallel markets for “verifiably clean” coins. And the risk of inadvertently sending a payment to a U.S.-based person or entity could push transactions into more expensive and even more traceable vehicles.

If Trump is persuaded that going after the bitcoin protocol would be futile, he could still decide to clamp down on cryptocurrency businesses. While it is difficult to stop independent enterprises from handling assets that are not illegal, the imposition of a slew of compliance and fiscal requirements could render such projects no longer viable.

And as we saw with the handling of the U.S. approach to Iran sanctions – the threat of retaliation against any company, no matter its jurisdiction, that violated the ban on trade – it is possible that an aggressive stance from the issuer of the world’s reserve currency could force other sovereign nations to capitulate.

In other words, in the face of a U.S. clampdown, bitcoin would not disappear – its code and operation are decentralized, and the advantages of the technology will always give it some demand – but its potential could be curtailed.

However, this bleak scenario overlooks one important detail: banning bitcoin is not in Trump’s interest.

Play to the base

It’s not so much the colossal fight that a bitcoin ban would get in the courts at all levels that would dissuade him – he has not shied away from that before. More likely to worry him is the alienation of a significant part of his constituency.

Apart from the dissonance of the most anti-establishment president in recent memory attempting to squelch one of this century’s most anti-establishment technologies, one of his electoral pacts was to roll back financial regulation and encourage innovation. Weakening his self-styled image as both a disruptor and a free-market evangelist could damage his voters’ trust and hurt him in the polls.

What’s more, some major Trump-supporting states have spent considerable time and effort in positioning themselves as crypto-friendly jurisdictions. Even Trump’s core team has its converts: his acting Chief of Staff, Mick Mulvaney, was an early supporter of cryptocurrencies.

While it could be argued that clamping down on bitcoin would be more a step to protect the dollar than an encroachment of federal power (although the administration seems to see Facebook’s Libra as a greater threat), the precedent of trying to stop a particular non-violent use of code will make many enterprises both in and out of finance uncomfortable.

And most of “Wall Street,” the traditional financial institutions that Trump seems to want to cultivate through his fiscal and economic policies, has an interest in bitcoin, through either the development of crypto operations or the investment preferences of institutional clients.

While Trump’s decisions don’t always seem driven by reason, we should accept that he is an astute politician and is unlikely to embark on a path that could lose him votes and donors.

The most important takeaway from Trump’s outburst is that bitcoin’s significance has now reached presidential level. While this may elevate the risk of negative repercussions, it also brings forward the potential, highlighting how far the concept has come: once an obscure and complex idea developed by a niche group of coders, bitcoin is now a global phenomenon that has attracted not just support from investors and corporations of all types, but also the attention of world leaders.

In the extremely unlikely event that Trump decides to go after bitcoin, either at the protocol level or on the service layer, he will certainly be vociferously challenged in the courts. The hearings could generate debilitating uncertainty, but at the same time they would push the conversation even further along the path of regulatory clarity, and the resulting decisions on limits to federal power, the freedom inherent in code and even an official recognition of the potential of cryptocurrency will impact tech development at all levels.

I’ve said before that one of the strongest appeals of bitcoin for investors is its asymmetric risk: the chance that it will go to zero (and the impact that would have on a portfolio) is less than the chance its price will increase 10x.

We have here another type of asymmetric risk. The chance that Trump will try to ban bitcoin is not zero, but it is significantly less than the benefit to the ecosystem of the heightened level of conversation. Even though the road may be bumpy, when the President of the United States of America tweets about a decentralized store of value designed to circumvent the power of established finance, it’s hard to deny that the zeitgeist has shifted.