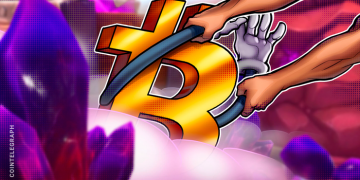 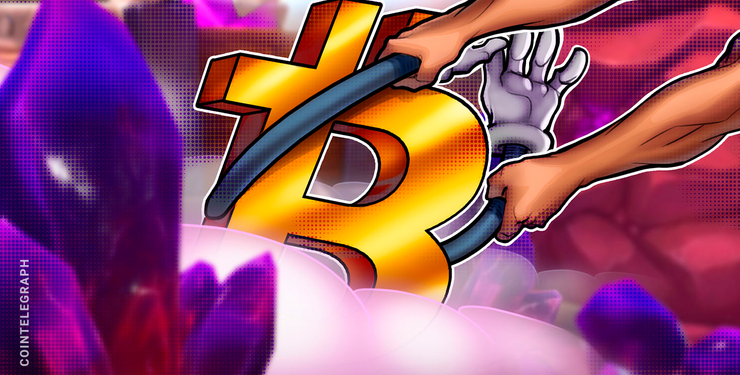 In a world where the global crypto community continues to face a growing number of regulatory hurdles with each passing day, the term “virgin Bitcoin” is starting to become more common among digital currency enthusiasts. However, it is of utmost importance to clarify what this term actually means and the significance it carries.

According to Dave Jevans, the CEO of CipherTrace, virgin Bitcoins are essentially BTC tokens that do not have a transaction (TX) record associated with them. As a result of this, coins lack a defined attribution history, making them extremely useful for money launderers as well as other miscreants looking to mask the source of their illegally procured funds. Not only that, even the recipient typically has no traditional means of verifying the origin of the funds in question since virgin btc cannot be linked with any wallet or other cold storage entity.

Also, the Bitcoin blockchain serves as a decentralized ledger that allows anyone to follow the transaction history of a particular token with the touch of a button. For example, each Bitcoin carries with it a cryptographically provable history that contains a detailed record of ownership and transaction data associated with the token. Simply put, if a particular Bitcoin has been used to process even a single illegal activity in the past, all of its subsequent transactions will be tainted. This, according to Jevans, is one of the main reasons why certain cyber-savvy criminals go to such great lengths to launder their cryptocurrencies before putting them to use.

With all of the aforementioned information in mind, it is important to consider that, at the recently concluded G-20 summit that took place in Osaka, Japan, the core governing committee agreed to adopt the standards of the Financial Action Task Force (FATF) — which are conventionally used in relation to fiat currencies — even for digital assets. On the subject, Cointelegraph spoke with Flex Yang, CEO of Babel Finance, who shared his thoughts on the issue at hand:

“When these standards go into effect, interexchange transactions will require transparency regarding senders and receivers of cryptocurrency. This opens doors to a wide berth of scrutiny as regulators probe different ledgers to determine what wallets participated in illicit crypto exchanges, hacks, etc. Bitcoin remains of interest to institutional investors, but their threshold for risk is much lower. With uncertainty as to how the crypto world will conform to the FATF standards, many traditional investors feel it best to air on the side of caution.”

Yang then went on to highlight the importance of virgin Bitcoins and how tainted crypto can become extremely tough to use when dealing with regulated financial institutions. For example, he pointed out that, if there existed even a sliver of proof that a particular Bitcoin had been used for shady activities in the past, that token could very well be seized or held indeterminately by regulators for a variety of legal reasons.“It’s like trying to deposit money in a bank that is from a drug cartel or criminal enterprise; banks will refuse to process transactions,” Yang explained.

So is it just virgin Bitcoin that people are after?

As things stand, it appears as though a whole host of institutional investors are primarily looking to source virgin BTC, even though a uniform regulatory code applies to other altcoins as well. Simply put, nearly any currency — be it digital or fiat — can be used to facilitate illegal transactions. However, since Bitcoin offers its owners more transparency when compared to hard cash, virgin coins can be painted clean in a much easier manner.

Additionally, it appears as though the Chinese government is particularly interested in virgin Bitcoins, even though it has not outwardly expressed any sort of leniency for individuals who may be in possession of these digital entities. According to Yang, China has yet to take any major action against its sprawling mining community. This is quite noteworthy because the demand for virgin Bitcoin seems to be spiking rapidly across the globe, and it seems as though mining operations in China are continuing to thrive and grow with each passing day. Yang then went on to say:

“The buyers are from US and other more regulated areas. China’s miners are just sellers….. Buyers may be pursuing these coins because of their novelty as well as the perceived ease-of-compliance in regulatory uncertainty. In truth, virgin Bitcoin might not benefit family funds or intuitions/individuals making the purchase. Still, there is clearly more confidence in virgin (or white) coin and it continues to fetch high premiums as a result.”

What is the problem with using Bitcoin that has a shady past?

At the very heart of the issue, Jevans notes that BTC that has a dark transaction history attached to it has more often than not been procured through a host of illegal pathways, such as global money laundering exercises or terrorism-related activities. And even after a particular token has been exchanged a large number of times, its payment trail can still quite easily be traced by investigators — thereby putting the owner at risk. The CEO of CipherTrace expounded on the topic by saying:

“Dark Tx histories also impede the fungibility of the btc if these tokens have a lower value. This a big concern for hedge funds that are concerned that their entire fund could be tainted by a few bad tokens. While this is less likely to affect those holding small amounts, larger traders could potentially, and unwittingly, hold larger amounts of stolen assets, lowering the value of their investment pool through association.”

Essentially, it appears as though even a single shady transaction can render a coin or token unclean. However, what is interesting is the fact that criminal Bitcoin can be sanitized by local governments by them selling such commodities after making a clear note of their past transactional history. The best example of this is when the United States Marshals Service held a sealed bid auction back in 2018 for a total of 3,813 Bitcoins (estimated to be worth $51.5 million at the time).

Virgin Bitcoin data worth taking a note of

Lastly, Jevans also commented on the premiums associated with virgin Bitcoin and how they differ from premiums related to regular BTC. On the subject, he was quoted as saying:

“When we investigated BestMixer in November of 2018 they charged 5% for their Gamma level which was supposedly virgin coins. CipherTrace research revealed that these tokens were not in fact unused rather they had been cleansed via exchange hopping. This certainly raised the visibility and value of freshly mined coins. Moreover, the falling regulatory curtain is raising the value of clean coins as it becomes harder to launder funds through regulated exchanges.”

Additionally, according to Yang, premiums associated with virgin Bitcoin currently lay around the 10% mark. However, established players who have been operating within this domain for many years now are known to markup virgin coins by over 30%.