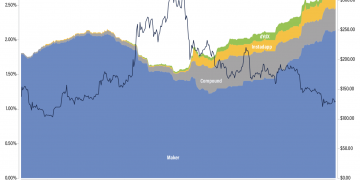 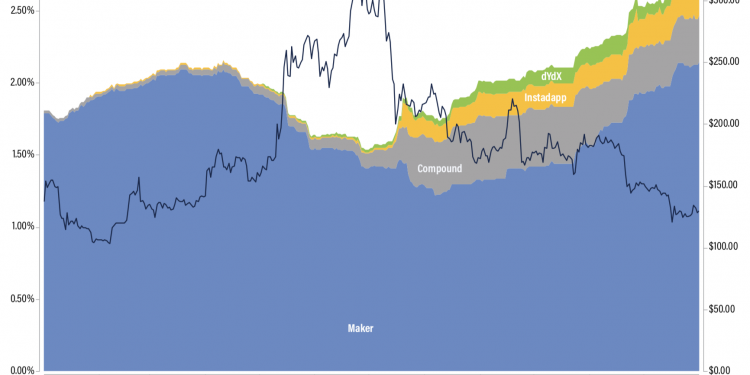 It has been over 10 years since the creation of cryptocurrencies, and while clear narratives have emerged to justify their existence, none are decisively supported by data.

For example, charts suggest bitcoin’s use case as a store of value is taking hold among some new investors, who have been shown to hold the asset through price run-ups. However, other metrics such as bitcoin’s correlation to gold suggest that, across the entire body of bitcoin investors, most are using the asset as something far different from “digital gold.”

On ethereum, DeFi has made impressive gains, but the shape of that line and a broader decline in user numbers suggest that the “web 3.0” narrative is still in its infancy.

Released today, the CoinDesk Quarterly Review surfaces the key data, trends and events shaping crypto markets, in a 45-slide presentation format. It evaluates three different use cases for crypto across more than 25 different data sets. The results of this analysis suggest a dominant narrative for bitcoin and alternative cryptocurrencies has yet to emerge.

Readers of this report are introduced to key metrics for tracking shifts in investor interest and global usage of cryptocurrencies. These include bitcoin’s “whale” population, UTXO age distribution, exchange volumes and more.

The data-driven takeaways include:

1. Not everyone who stood to profit, sold.

Holders of bitcoin who last transacted in the second half of 2017 held through the end of 2019 despite rises in market price that would have made it profitable to sell. This suggests there is investor sentiment for bitcoin as a store of value rather than as a speculative asset. The bump in bitcoin holdings that last moved in late 2018 represents a movement of assets into a more secure form of storage by cryptocurrency exchange Coinbase in December 2018.

Coinbase’s bitcoin-fiat markets, among the world’s most popular for purchases of bitcoin in USD, GBP and EUR, have stalled since 2018. According to data from Nomics, bitcoin-fiat volume has dropped from an all-time high of $46.54 million in 2018 to $44.92 million in 2019. This market is primarily used by investors who view bitcoin as an alternative store of value from traditional currency, and can be thought of as a barometer for buy-and-hold sentiment.

By the end of 2019, there were 2,100 bitcoin addresses holding more $8.5 million-worth of BTC each. The growth in these types of addresses, also called bitcoin “whales,” is a rough indicator of large investor participation in cryptocurrencies. Since 2018, the bitcoin whale population has been multiplying at rates not seen since the early 2000’s when bitcoin was trading below $100 or 1/85th of its current market price.

Off-chain activity on regulated cryptocurrency exchanges in the U.S. does not show similar signs of increased large investor participation in cryptocurrencies. Cryptocurrency data provider Skew reported a decline in volume for both the CME and Bakkt’s bitcoin futures open interest markets in 2019. These markets, unlike that of other popular cryptocurrency exchanges such as Coinbase and Binance, are designed to offer institutional investors regulated instruments for exposure on bitcoin. Institutional participation in cryptocurrencies may be lagging due to persisting imbalances in the underlying liquidity of these assets across various exchanges.

One of the breakout successes of 2019 was decentralized finance (DeFi) applications. Collectively, these decentralized apps (dapps) managed over $680 million-worth of cryptocurrencies by the end of Q4, according to cryptocurrency data provider DeFi Pulse. Looking at the most popular sub-category of DeFi, cryptocurrency lending, user traction on ethereum continued to climb even when market price for ETH started to decline.

In other dapp categories such as gaming and gambling, the number of applications and users decreased in 2019. Cryptocurrency data provider DappRadar reports fewer dapps and dapp users in Q4 2019 than Q1. “In general, we’re seeing a rise in the quality of dapps and over time that means fewer dapps launched and fewer dapps attracting a large audience,” said Jon Jordan, communications director of DappRadar. It would seem outside of the DeFi boom on the ethereum blockchain, other dapp platforms and use cases are struggling to grow.