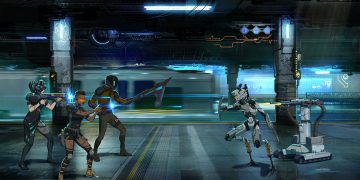 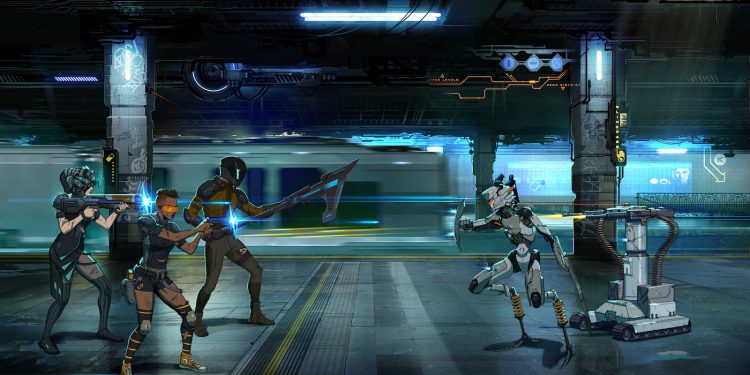 One of the bitcoin community’s best-known artists is gearing up to launch a blockchain-powered video game aimed at mainstream audiences.

With the raise, Blockade Games has garnered a $13 million valuation.

DeCourcelle is known for fine art puzzles revealing the public and private keys – the alphanumeric strings that act as passwords for crypto assets – to bitcoin stashes worth more than $1 million total. But on top of that, the team includes artists that worked on games like Spider-Man for the PlayStation 4 and the World of Warcraft trading card game,

“There are tremendous economic incentives for game developers to integrate cryptocurrency and for game players to want them to,” Paul said, adding that new crypto assets dubbed non-fungible tokens, or NFTs, can also strengthen network effects across gaming communities.

“I think we’ll see a rapid move towards this because we’ll see the economics are so beneficial in a straightforward way,” he added.

Although deCourcelle didn’t commit to cryptocurrencies being hidden throughout the new game, she did say, it might very well include some of her trademark puzzles with bitcoin rewards donated by the Pineapple Fund.

And with an advisor like “Age of Rust” creator Chris Loverme, who made one of the world’s first games with bitcoin rewards, winning the original cryptocurrency is looking more and more likely within the new game.

According to deCourcelle, Loverme is helping create bridges between external games and Neon District, a cypherpunk roleplaying game, which will launch publically in May 2019.

“For example, you could have an end-game experience in Neon District as a 2D game, then wake up in an Age of Rust storyline with your asset, and they can maintain some of the qualities they had beyond that trip,” deCourcelle told CoinDesk.

“We’re really focusing on the utility of these game assets. So you have your core [storyline] loop, and then we already have designed multiple side loops that compliment and feedback into the larger ecosystem of the main game.”

The design is also an important part of the game – it progresses the concept popularized by the virtual pets collectibles Crypto Kitties by allowing blockchain-based characters to accrue scars, skills, weaponry and other unique distinctions while enhancing storylines and squad-based gameplay.

In addition to the characters themselves, the game will include puzzles that reveal NFT rewards like tools or weapons.

While many of those people are perhaps crypto enthusiasts, the game is architected so that even those not familiar with cryptocurrency can play – and get their first experience with crypto.

“Let’s say I’m playing the game, and I don’t even know it’s crypto related, and I earn some item or reward,” Paul told CoinDesk. “I’m then informed by a little drop down box that I don’t have to do anything. But if I want to, I can claim ownership of this item outside of the game or I can transfer it to another game.”

Since utilizing the ethereum-based assets beyond the game will be optional, deCourcelle’s team is doing extensive research this winter through a holiday-themed mobile game called “Buidl Bear.” This digital version of Build-A-Bear workshops where people design their own stuffed animals was launched to better understand how gamers manage keys and interact with smart contracts.

Speaking to the artistic potential such blockchain-based gaming assets could open up for developers, deCourcelle said:

“I think there’s going to be a big creative explosion in this area. So we’re building this community that is very supportive.”