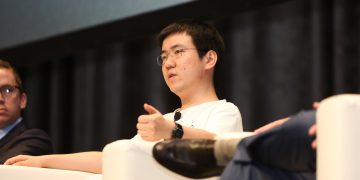 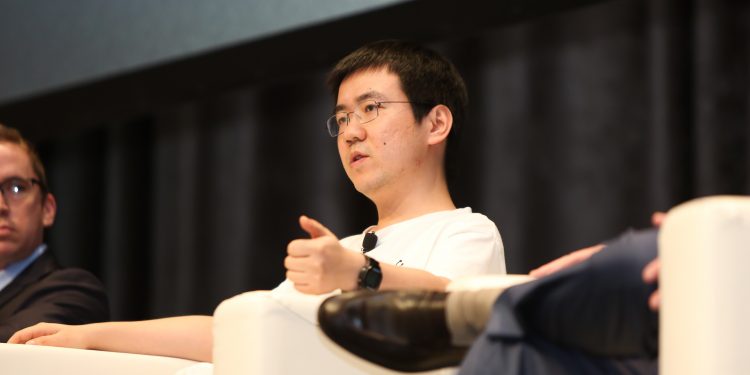 Bitmain, the Beijing-based bitcoin mining giant, has officially filed an application in its bid to go public on the Hong Kong Stock Exchange (HKEX).

Published on Wednesday, Bitmain’s long-awaited initial public offering (IPO) prospectus follows various news reports that the mining giant has been mulling a Hong Kong listing and weighing a multi-billion dollar public fundraising. The process has not been without its share of controversy, with major firms denying their role in a pre-IPO funding phase in a development that cast doubt on Bitmain’s claims.

As the application is still in draft form and pending further listing hearings from the HKEX, it remains unclear how much the firm will be valued at eventually. As shown in the posted application, a number of details remain redacted, including the numbers of shares that will be offered and the timetable for the public offering.

Still, the prospectus gives notable insight into Bitmain’s financial standing as well as details about the company’s structure and inner workings.

CoinDesk previously reported that Bitmain’s profits over the past years surged significantly year-on-year, which jumped from $100 million in 2016 to $1.1 billion in 2017, and another $1.1 billion just in 2018 Q1, based on documents obtained by CoinDesk.

According to the prospectus, Bitmain reported a balance of cryptocurrencies – denominated in bitcoin, bitcoin cash, ether, litecoin and dash – of $886.9 million as of June 30, 2018. This accounted for 28 percent of its total assets at the time, the document stated. This balance represents a slight increase from December 30, 2017’s $872.6 million (30 percent of assets) and a significant boost from the balance of $56.3 million it said it had as of December 30, 2016.

The application further breaks down those revenue figures by specific business line.

Notably, for 2017, 27 percent of the funds it received for mining products came in the form of cryptocurrency.

The prospectus also shows the diversification of the mining products Bitmain sells. For example, in 2015, all of its hardware was geared toward bitcoin. By the first half of this year, 73.2 percent of its miners sold could be used to mine either bitcoin or bitcoin cash (this figure dipped below 70 percent for 2017).

Still, on the hardware side, it’s not all rosy for Bitmain.

The company wrote that because it anticipated a “strong market growth for cryptocurrency mining hardware” moving into 2018, Bitmain placed a large order for new hardware from its production partners. Now, according to the firm, “the sales of our mining hardware slowed down, which in turn caused an increase in our inventories level and a decrease in advances received from our customers in the first half of 2018.”

According to the prospectus, Bitmain has been scooping up some of the parcels of land on which it mines cryptocurrencies.

In terms of leasing, Bitmain wrote that it has leased 15,200 square meters of land across five locations. More notably, Bitmain is leasing 50 properties totaling 99,700 square meters, according to the document.

Bitmain is planning to launch additional sites, according to the prospectus. The company said it has selected sites in the U.S. states of Washington, Tennessee and Texas, as well as in the Canadian province of Quebec. Construction is said to be underway and the sites are expected to go live in the first quarter of 2019.

Beyond the revenue figures, Bitmain’s prospectus also includes a range of information about both the company itself as well as the IPO process.

For example: as of the first half of 2018, Bitmain employed 2,594 people. Of those, 840 are dedicated to research, 701 for product management, 535 for mining farm maintenance and management, 235 for administration, 209 for customers service and 74 for sales and marketing.

The prospectus also highlights the companies that worked on the IPO deal or provided advisory services to Bitmain. The document lists them as China International Capital Corporation Hong Kong Securities Limited (the offering’s sole sponsor) as well as Commerce and Finance Law Offices, Maples and Calder (Hong Kong) LLP, KPMG, and Frost & Sullivan, serving as lawyers, auditors and consultants, respectively.

Information about the companies that Bitmain has invested in was also featured in the prospectus. The company owns a 3 percent stake in Opera, having invested $50 million in the firm Opera Limited. Global Digital Mercantile Ltd., a firm described as a “crypto finance” company, received $1 million from Bitmain for a 5 percent stake.

This story has been updated and may receive further updates.