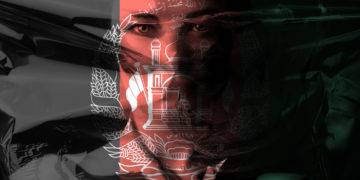 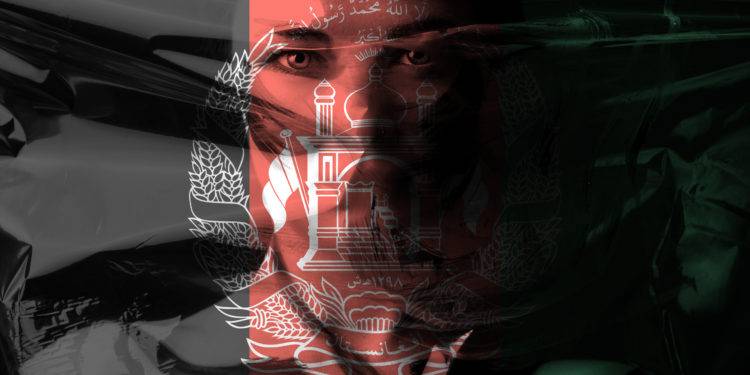 In light of the fact that the bloodbath in Afghanistan has continued almost unabated since the fall of Kabul, crypto advocates both inside and outside the country are beginning to wonder if tokens such as bitcoin (BTC) could be used to assist them in their fight against the Taliban’s violent and oppressive rule.

Throughout the past few weeks, the entire world has watched in horror as events unfolded with merciless rapidity.
There are, however, glimmerings of optimism among the stories of human sorrow and adversity that decentralized, digital tokens may one day prove to be a useful weapon for those fighting back against the Taliban.

In a recent broadcast, CNBC highlighted the story of Farhan Hotak, an Afghan crypto trader who is 22 years old and has a “crypto portfolio” stored on the Binance cryptocurrency platform.

Although the media outlet recounted that Hotak’s “crypto wallet won’t help him put dinner on his table tonight,” it nonetheless provides him with “peace of mind that some of his wealth is safeguarded against economic instability.”

Furthermore, according to the authors of the paper, cryptocurrency “also provides greater potential in the long run,” including “connection to the global economy from within Afghanistan” and “some defenses against rising inflation.”

According to Google Trends statistics, searches for terms such as “cryptocurrency,” “bitcoin,” and “Binance” have increased significantly at various points over the summer. This holds true for both English-language searches in the country and searches in other languages such as Persian: The terms “bitcoin” and “related terms” have witnessed similar increases in popularity in this country.

According to the same media site, bank closures have occurred as a result of cash runs, which have also resulted in the closure of branches of the money-transfer company Western Union, among others.
In addition, the “hawala” system of cross-border remittances supported by personal contacts, which has been in operation for generations, has collapsed.
It is precisely in these types of circumstances that cryptography – when made available – has flourished.

There is an entire business in Cuba that has sprung up around bitcoin-powered remittances, which are often managed by independent brokers who shuttle funds around the country on bicycles in return for bitcoin and commission fees.

Some cryptocurrency fans are looking to other parts of the Americas, fearing that fiat inflation would eat away at their hard-earned riches.

“If a government isn’t formed quickly, we might see a Venezuela-type situation here,” warned another Afghan crypto trader.

Regardless, it is possible that the analogies with Cuba and Venezuela may come to an end there.
The latter has openly embraced cryptocurrency as a means of dodging international sanctions — a fact that has resulted in its leader amassing a substantial amount of Bitcoin and other cryptocurrencies.
The country has even issued its own cryptocurrency, the Petro, which is backed by oil.

Moreover, in a conceivable Castro-meets-crypto scenario, Cuban leaders have hinted that the island nation could use use cryptocurrencies to fix its financial woes in the future. Given the fact that many Islamic scholars believe that mainstream tokens are not Halal in many circumstances, it is difficult to imagine the Taliban following in their footsteps.

Stranger things have happened, though, in a world where communist countries appear to be willing to embrace cryptography.

Crypto operations, on the other hand, are something that the majority of Afghans would prefer to remain completely hidden from the public eye.

Hotak explained that “the crypto community in Afghanistan is very small,” adding that “everyone just wants to stay hidden until things are nice.”

However, according to the Chainalysis-compiled 2021 Global Crypto Adoption Index, Afghanistan has moved from nowhere to rank 20th out of 154 nations in terms of cryptocurrency adoption. Adoption rates in the United States were so low in 2020 that the country did not even make the cut. According to analysts, peer-to-peer traders account for the majority of this adoption.

On the other hand, others have suggested that the United States may end up smothering this crypto-underground with measures designed to prevent the flow of money to terrorist organizations such as al-Qaeda and the Taliban.

Andrea O’Sullivan, the Director of the Center for Technology and Innovation at the James Madison Institute, wrote in a recent Reason article that “the ascendancy of the Taliban could provide another justification for more controls on cryptocurrency,” a move that she believes will “hurt” “innocent Afghans.”

“It will only take one story of a possibly Taliban-aligned actor using bitcoin for anti-cryptocurrency actors to pounce. But using digital cash to protect privacy and security should be seen as a fundamental human right, and we should defend it with the equivalent fervor.”

The threat of an increase in terrorism and drug trafficking has sounded alarm bells well beyond the borders of the United States, though.
Presidents Vladimir Putin of Russia and Chinese President Xi Jinping have spoken about the need to “intensify efforts in the fight against the risks” posed by narcotics and terrorist activity, according to reports from the Reuters news agency (via Yahoo Finance).

Because so many foreign leaders are eager to point the finger at Bitcoin and other digital tokens, a concerted worldwide assault on cryptocurrency is not out of the question.

After all, a recent BBC investigation noted that “opium poppy production in Taliban-held regions has increased” since the group was last in power, a trend that has continued to this day.

Aside from that, Afghanistan produces 80 percent of the world’s opium, despite claims by the Taliban leadership that they will “completely eliminate opium cultivation” – even though the crop currently amounts for 11 percent of the country’s gross domestic product.

The news agency Reuters reported on Muhammad Ali, a computer science graduate in his thirties who is a burgeoning cryptocurrency and finance YouTuber with mining ambitions.

“I was planning a bitcoin or ethereum (ETH) mining business. Suddenly everything changed and the Taliban took over all of Afghanistan.”

Following his interview with the news agency, Ali, who had been hiding out in a “drainage tunnel outside the Tatvan district of Turkey’s eastern Bitlis province” with 50 other Afghani men and boys, sent a text message to Reuters claiming that he had been “arrested by police” who were looking for illegal migrants.

Small but persistent voices of hope and optimism continue to be heard, despite the odds.

As the story stated further, “Mahboob is steadfast in his commitment to educating as many people as possible about it in the coming years,” with the CEO stating categorically that when it comes to financial problems during times of crisis: