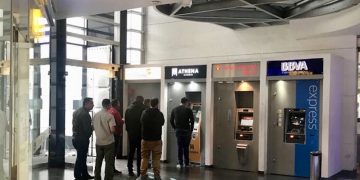 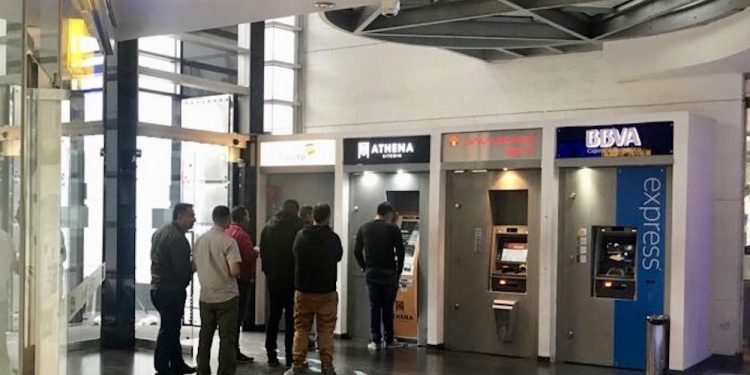 The companies behind the world’s bitcoin ATM networks say their market is alive and well.

Matias Goldenhörn, director of Latin America operations at the ATM operator Athena Bitcoin, told CoinDesk that such ATMs are “becoming a real alternative to banks” for diverse users in emerging markets.

“The machines have proven resilient to the price fluctuations,” he said.

Indeed, Coin ATM Radar estimates there are now 4,213 cryptocurrency ATM machines deployed worldwide, most of which strictly offer bitcoin, compared to roughly 471 machines worldwide in January 2015. Now that some of these machines also include support for a wide array of digital assets, they offer a conduit for participation in broader cryptocurrency markets without relying solely on web-based exchanges.

Jorge Farias, a Venezuelan expat and CEO of the Panama-based startup Cryptobuyer, told CoinDesk that demand for bitcoin ATMs to support cryptocurrencies like dash and flash is largely driven by sponsored educational initiatives in Latin America – some of which literally give away small amounts of crypto to prospective users in emerging markets like Venezuela, which is currently roiled by crippling financial and political insecurity.

That’s why Farias is preparing to open Venezuela’s first bitcoin ATM in Caracas in early February, which will include support for other cryptocurrencies as well. The machine is already operational. But Farias said for safety reasons it’s important for the current unrest and surging demand for bitcoin to settle down slightly before the public launch.

Moe Adham, cofounder of the crypto ATM retailer BitAccess, told CoinDesk such multi-asset machines provide near-instant liquidity for cryptocurrencies that were otherwise difficult for many users to convert.

“If you earn some other cryptocurrencies through one of these decentralized networks, you can cash it out,” Adham told CoinDesk, adding:

“The bitcoin ATM industry is kind of coming into its own now. … We can provide access to different cryptos with bitcoin as the settlement layer.”

This combination of market demand and new technical capabilities has allowed ATM machines to become an anomaly in the broader industry: a sector where usage and profits are actually growing.

Although the majority of bitcoin ATMs are currently located in North America, demand from Latin American markets is growing at a breakneck pace, operators say.

According to Goldenhörn, Athena Bitcoin earned $3 million in net profits in 2018, after installing 25 new machines in Latin America, in part because of the Venezuelan diaspora in Colombia and Argentina spreading awareness of how unbanked people can still use bitcoin ATM machines.

“In the U.S., our clients predominantly use our machines to buy bitcoin,” Goldenhörn said. “In Colombia for example, it’s the other way around, people use the ATM to withdraw cash.”

Several of these machines are located inside Latin American Walmart Superstores. If Athena Bitcoin is able to raise a $7 million Series A round – for which the Chicago-based startup is currently fundraising – then Goldenhörn said the plan is to deploy up to 150 new bitcoin ATMs across Latin America in 2019. And his company isn’t the only startup to recognize the opportunity in the region.

When inflation rates in Argentina rose above 46 percent in 2018 – not to mention Venezuela’s staggering economic crisis – Farias raised an undisclosed amount from South African venture capital firm Invictus Capital to launch a new sector of his business with six bitcoin ATMs in Panama.

Farias aims to build a transnational network by working with Lamassu and General Bytes as manufacturing partners and the e-commerce giant MercadoLibre for prime locations, since MercadoLibre has branches across Latin America that allow people to deposit cash for store credit and transfer credits or fiat value to cryptocurrency wallets.

In 2019, Cryptobuyer plans to open 10 more ATMs in Argentina, 10 in Mexico and 10 in Venezuela, since Farias said inflation boosted demand for bitcoin access among local unbanked communities.

“The focus right now is on Mexico and Argentina, which have major immigrant populations from Venezuela,” Farias said. “This lady of 65 years came to one of our [Panama] locations one day with a piece of paper, a QR code printed, and she said to use that her son in Venezuela said with this paper I can send him money.”

For small transaction amounts, this remittance methodology appears to fly under the scope of money transmission regulations in Panama. However, Farias admitted his team is often in contact with local regulators because the compliance landscape could shift in the near future.

“They allow us to work because there isn’t a specific regulation right now, so we are always looking out for new regulations,” he said.

Meanwhile, BitAccess will soon roll out support options for up to 70 tokens across its product lines.

BitAccess co-founder Adham told CoinDesk that aside from bitcoin, ethereum, litecoin and tron saw the most demand from operators and users. He also added that 2018 was the first time his company – originally founded in 2014 – noticed ATM usage was decoupling from the bitcoin’s market volatility.

“The price was decreasing but demand was increasing month over month,” Adham said, speaking of an uptick that has lasted since July 2018.

For example, demand and usage related to BitAccess machines grew more than 9 percent in November 2018, despite bitcoin’s market price sinking below $6,000. Plus, the average buy and sell amounts have both remained relatively constant since March 2018 – around $100 and $250, respectively.

BitAccess’ 242 machines are predominantly located in North America and Europe, with four machines located in Vietnam. Sellers with a more international client base, like the Switzerland-based retailer Lamassu, have also noticed demand is growing more quickly in Asia, the Middle East and Latin America.

“Singapore has been very popular with us, Malaysia as well,” Lamassu CEO Zach Harvey told CoinDesk. “Israel as well, we probably had only one bitcoin ATM until 2018. Now we have 20 machines in Israel.”

But as more people use bitcoin ATMs to convert cash and transact across borders, the opaque regulatory landscape presents ever-steeper hurdles.

Last October, Indian police arrested the co-founder of the Indian exchange Unocoin after the company opened a multi-asset cryptocurrency ATM in Bangalore. Unocoin co-founder Sathvik Vishwanath, who has since been released because he did not break any particular law, told CoinDesk that police confiscated the machine because it was unclear whether operators required a license.

“We await the judgment regarding the lifting of this restriction by the Supreme Court,” Vishwanath said, adding that he expects a ruling by the end of February.

Such regulatory complexities are compounded by questions about whether certain cryptocurrencies classify as unregistered securities according to local laws.

In Adham’s case, he said that although BitAccess is merely a retailer and responsibility lies with owners and operators, his company still worked with legal counsel to review tokens and make sure ATM machines only supported assets that were already accessible on other platforms in each jurisdiction.

“Then the question of securitization is very scary,” Adham said, adding:

“There’s not anyone who is entirely certain of where the cards are going to fall on this. … Are there other reputable companies that are offering these tokens? And do they have clearly listed statements about why they are listed?”

Both Harvey and Goldenhörn said they also have to take a unique approach to compliance in each jurisdiction and created a legal review process for both themselves and their partners, even if the burden of responsibility eventually falls on another operator or landlord.

“These systems, which started out as very simple, are becoming very, very complex,” Harvey said, noting that Lamassu machines offer the ability for operators to support ethereum, bitcoin cash, zcash, litecoin and dash. “Depending on which jurisdiction you’re in, there are different demands.”

All things considered, Adham said that his company was “cash flow positive” for the past four quarters and growing demand creates economic incentives to innovate in this space.

“I don’t think that compliance is the No. 1 hindrance,” he said. The biggest challenge, in his mind, is finding and targeting sources of real demand.