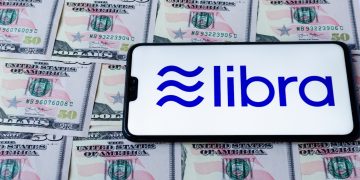 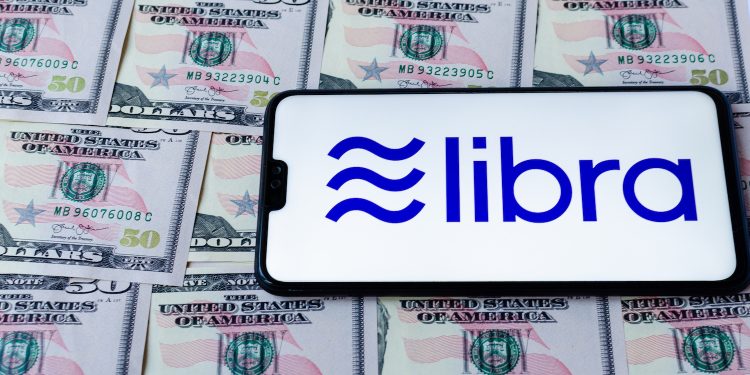 Kirk Phillips is an entrepreneur, certified public accountant (CPA) and author of “The Ultimate Bitcoin Business Guide: For Entrepreneurs & Business Advisors.” Adam B. Levine is the creator of the long-running Let’s Talk Bitcoin! podcast and founder of Tokenly Inc.

On its face, it is a non-speculative token which uses enough decentralization to make it difficult if not impossible for Facebook to profit off it as the company does from its social media platform.

But in crypto, there is always an upside to the people who launch a new protocol, in the event the protocol succeeds and even in many cases for simply having started development of the project.

This article deals specifically and exclusively with that upside, admittedly handwaving aside many other potential issues with the protocol, to be addressed elsewhere.

It’s important to realize that Facebook is actually launching two cryptocurrencies: the one everyone’s talking about (Libra) and the one available only to Facebook and its corporate partners (the Libra investment token).

The former will be backed by a basket of fiat currencies and cash equivalents, which means that for every dollar of Libra in existence, there will be (in theory) a “dollar” worth of real-world assets which that token may be exchanged for under certain conditions.

As a normal user, you’d get $100 worth of Libra by spending $100. Your Libra can (again, in theory) be used across a variety of platforms or sent to an approved friend.

The Libra Association (a Swiss not-for-profit) puts your $100 into a variety of low-risk, short-term investments like U.S. Treasury bills. As of July 1, the one-month T-bill was yielding 2.125 percent on an annualized basis, so the association would earn $2 and change on your $100 Libra purchase.

What happens to that money?

Those funds are controlled and spent by the Libra Association. According to the white paper, funds are used first to fund the operation of the network with the remainder being divided among the Libra Investment Token holders according to their holdings, with policies determined by the association.

From the white paper:

“How will the reserve be invested? Users of Libra do not receive a return from the reserve. The reserve will be invested in low-risk assets that will yield interest over time. The revenue from this interest will first go to support the operating expenses of the association — to fund investments in the growth and development of the ecosystem, grants to nonprofit and multilateral organizations, engineering research, etc. Once that is covered, part of the remaining returns will go to pay dividends to early investors in the Libra Investment Token for their initial contributions. Because the assets in the reserve are low risk and low yield, returns for early investors will only materialize if the network is successful and the reserve grows substantially in size.” [Emphasis added]

The big numbers come into play when you look at what success, big or small, would look like for the investors, at which point suddenly the project makes sense.

Size of the pie

To size up Libra’s potential market, let’s look at the U.S. money supply as tracked by the Federal Reserve.

In January 2019, M1 (which includes cash, coins, and money in checking accounts) stood at $3.7 trillion, in a country of about 329 million people.  This compares against M2 at more than $14 trillion, which is everything in M1 plus savings accounts, money market funds, certificates of deposit and other bank deposits.

Assume that after a couple of years Libra has achieved adoption equal to 10 percent of M1. We’ll also assume that by this time Libra has sold $1 billion worth of the investment token and that it costs $1 billion a year to run the network and manage the fund’s investments. And we’ll assume T-bill rates hold constant.

After those expenses, Libra would be generating almost $7 billion of interest per year, with a yearly return on investment (ROI) of 688.51 percent.

Remember, it’s the investment token holders who are reaping this return, not the Libra currency holders, who earn no interest on their collateral. The former group, in aggregate, have put in a much smaller amount of money than the latter – which is why they get such eye-popping yields from a portfolio of low-risk instruments.

Over ten years, a hypothetical investment of $500 would return dividends of $34,425.35, assuming zero adoption beyond that initial 10 percent of M1. Of course, you can’t just invest $500, since the minimum threshold for investment tokens is $10 million – which, in this scenario, returns $688 million.

And that’s the conservative scenario.

The craziness here becomes even more apparent looking at our “middle of the road” scenario, where we assume that Libra would see adoption equivalent to 15 percent of the more inclusive money supply figure M2.

The Industrial and Commercial Bank of China (ICBC) takes honors in a recent report as the largest bank in the world with a whopping $3.47 trillion in assets. Banks haven’t had a market share challenger to their centuries-old oligopoly until now.

If Libra grabs a 25 percent market share of the U.S. M2 money supply, it would be the world’s “No. 1 bank.” It could achieve the same thing with a much lower percentage than that of the global money supply.

It’s taken ICBC almost 35 years to reach global dominance and Libra could hack that timeline and be the fastest all-time to reach number one.

This is, of course, only the currency side of the opportunity.  A longtime Holy Grail of cryptocurrency, not to speak of markets generally, has been the creation of a “trustless,” tokenized, collateralized assets and derivatives marketplace.

In any Libra success scenario, we can be assured that Libra-collateralized assets will quickly follow. Doing so opens up the next phase of the speculative opportunity with the potential for exponential returns far beyond the examples above.

Derivative, collateralized markets could represent hundreds of trillions of dollars of additional capital to the Libra system.

Libra is in a very real way, different.  To longtime bitcoin users and advocates, it is both a beautiful and terrifying thing.

Part of cryptocurrency’s promise is the introduction of unstoppable competition in money.  While governments have long maintained a tightly held monopoly on the issuance and management of regional and reserve currencies, that reality is largely by nature of there being no better, pervasively accepted alternatives.

Libra could very quickly change all of that.

“…This makes [Libra] look like a kind of Neo-IMF [International Monetary Fund]. A new model for an IMF that is based on consumer or retail banking, with reserves built up by consumers but which will give them the ability to do things very similar to what the IMF does.

“If I’m a central banker, or if I’m a government politician or someone who works in the finance ministry of say, France or India, I would look at this and say ‘Dear God; at some point [Libra] will be able to come in, not only buy up our bonds, but then hold us over a barrel’ and dictate to small countries, until eventually it can dictate to medium countries, then large countries…”

Facebook is, right now, the dominant player in social media with more than 2 billion users on a planet of around  7.7 billion. This enormous scale comes with incredible power and lots of scrutiny. While its ability to hold the high ground in years and decades to come is an open question, few would doubt the depth of the company’s resources today, whether financial, technological or the sheer number of eyeballs served.

Libra seems like a way to capitalize on Facebook’s dominance of today’s social media (and its partners’ industries) to kick-start a real, global network effect around a supra-national digital currency.

If even a fraction of Facebook’s user base converts to Libra, it’s on the path to becoming the largest and most profitable “financial institution” (albeit decentralized) in the world.