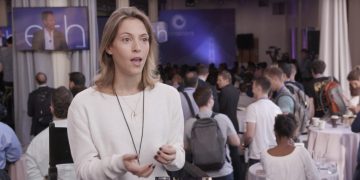 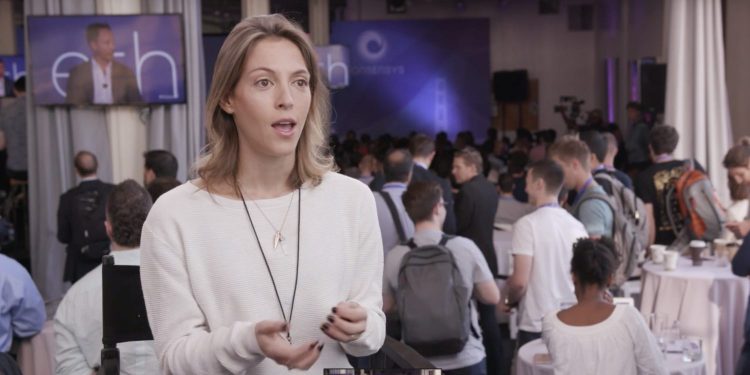 The cryptocurrency industry is still grappling with the legal implications of the initial coin offering (ICO) trend of 2017.

Two years after the token boom, the value of Bancor’s BNT token is in the dumps – sinking from $4.49 in July 2017 to an all-time low last week of $0.44, according to CoinMarketCap.

Yet, the project’s main investors are still holding.

For example, Yoni Assia, CEO of the crypto exchange eToro, described the $153 million Bancor ICO as a “pivotal” moment for the industry and told CoinDesk he is holding BNT because he believes in the team.

The Bancor platform, which provides quick liquidity for niche ERC-20 tokens by using BNT as a market-making reserve currency for all assets on the network, has routinely attracted 100-250 traders a week, according to Etherscan’s tally of BNT token transactions.

The trouble is, there are still legal questions surrounding many of the assets traded on the Bancor platform. This may be part of the reason the startup issued a new policy as of July 8, barring Americans from the platform due to “increased regulatory uncertainty.” (Bancor declined to offer comment for this article.)

One anonymous American Bancor user told CoinDesk he was “very disappointed” he can no longer use his BNT because the platform is now restricted in the U.S.

Safai said “a lot of people” were placing simultaneous orders on Bancor and EtherDelta – an exchange charged in 2018 with unregistered securities trading – pulling out of whichever order proved less profitable. Although he doesn’t work with such exchanges any more, Safai said such trades could range from $10,000-$100,000.

“It’s kind of like putting your hand, hand over hand, on a baseball bat to see who goes first,” Safai said, explaining how institutional investors used Bancor to dominate the market for specific ERC-20 tokens. “We saw people take losses, actually pay more in gas [transaction fees] just to fight people. … It was like a winner takes all game.”

Safai added this type of activity declined in 2018, when regulatory action put a “chilling effect” on niche token trades among professional traders.

Since then, most Bancor activity derives from non-U.S. jurisdictions. Turkish trader Furkan Ahmet Sunman told CoinDesk he still trades up to $10,000 worth of crypto on the platform every month.

“It is an easy way to convert tokens and it protects my identity,” he said. “Generally, I use Bancor for trading. … Bancor offers the use of my wallet or tokens without limitations.”

One Bancor advisor who spoke on the condition of anonymity told CoinDesk that although Bancor completed “almost everything they talked about” during the token sale, the team is currently “doing all sorts of other stuff with those [token sale] funds.” He added:

“Is [Bancor] worth the huge amount that they’ve raised? Probably not.”

It’s hard to say what other “stuff” the team is doing with its ICO funds given the lack of public documentation.

According to paperwork filed with the Israeli Corporations Authority, Bancor co-founders Galia and Guy Benartzi now own shares in several startups including BlockchainIL, LiquidEOS and LiquidApps, which is currently operating another token sale.

As for LocalCoin Ltd, the for-profit Israeli entity contracted by the non-profit Bancor Foundation to work on the platform, BNT holder Tim Draper is listed alongside Bancor’s founding team as one of the startup’s shareholders.

“I think [the Bancor founding team] have been hard at work to build a new economic system,” Draper told CoinDesk. “I hope to see Bancor tokens being used as everything from simple marketplace tokens, to individual tokens where each worker will have a token and employers will have to buy [BNT] to get [employees] to work for them.”

All the Benartzi siblings’ crypto ventures in Israel since the ICO, from LiquidEOS to BlockchainIL, have overlapping shareholders, with some including their relatives. In this sense, Bancor has become the epicenter of a token ecosystem that reaches beyond the platform itself.

According to Bancor’s blog, the platform has facilitated the creation of 148 tokens so far. People like engineer Michael Fletcher at the UK-based leasing startup Chintai use Bancor’s platform for its intended purpose: providing liquidity to niche projects.

“If you pay with our token, CHEX, we automatically convert it to EOS to pay the fee,” Fletcher told CoinDesk about how CHEX users pay for the startup’s leasing services, adding:

“The main benefits of Bancor and BNT is you have access to a huge surge of liquidity, soon as the price spikes, arbitrators are incentivised to autonomously deposit into the scales to balance them back out.”

Bancor has proven to be a useful tool for crypto fans worldwide. Yet it’s unclear which liabilities, if any, Bancor has in relation to such traders.

Bancor is still known for easy liquidity these days, traders say, but not security. Hackers stole $13.5 million worth of tokens from Bancor’s platform in 2018. Bancor has a built-in backdoor to help protect such users in case of emergency, although some experts believe that could complicate the team’s legal responsibilities.

According to Anderson Kill attorney Stephen Palley, an exchange or token issuer that doesn’t disclose at the time of sale that an asset could be destroyed or moved at-will might run afoul of consumer protection laws on both the state and federal levels for “unfair and deceptive trade practices.” (Even if American traders can no longer use the Bancor, several American traders told CoinDesk they bought BNT tokens during the 2017 ICO.)

The word “disclosure” only appears once in the Bancor white paper, referencing how earnings from the sale will be distributed. However, the company’s website does say in all caps that Bancor has the right to “discontinue” any “content” on its platform without warning. This may refer to Bancor’s ability to delete, create or move tokens on-chain. The team doesn’t hide this architecture choice.

According to a joint statement by the U.S. Securities and Exchange Commission (SEC) and Financial Industry Regulatory Authority (FINRA) released this month, an entity that is “involved in effecting transactions in digital asset securities … is subject to the federal securities laws.” Meanwhile, it’s unclear whether any of the assets on Bancor will be classified as securities.

The SEC pursued enforcement action against the comparable exchange platform EtherDelta in 2018. Two anonymous Israeli sources told CoinDesk the Bancor team has allegedly been contacted by the SEC.

As global regulators continue to clarify which digital assets are deemed securities, Bancor continues to regularly serve hundreds of traders. Among companies funded by token sales to retail investors, that usage alone makes Bancor an anomaly.