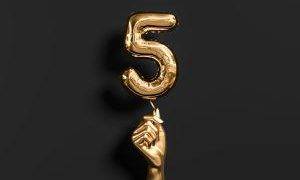 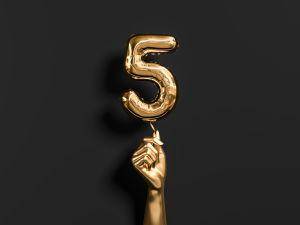 After another interesting week in the cryptocurrency markets, which saw both significant rallies and significant declines, it’s time for a recap of what went well and what went poorly in terms of price performance.

The rankings and pricing are current as of Friday’s publication time (09:37 UTC).

This week’s top performances include the following:

This week’s top performance was the relatively new meme coin SafeMoon, which was constructed as a BEP-20 token on the Binance Smart Chain (BSC). The coin, which promises to transport investors “safely to the moon,” was up 55.2 percent in the last seven days and more than 15% in the last 24 hours. However, due to the huge 1 quadrillion total token supply, the price per token remains a pitiful USD 0.00000268.

Constellation Network’s DAG token is this week’s second highest performer, up 49.2 percent in seven days to USD 0.417 and 1% in 24 hours.

The project, which is now ranked 94 in terms of market valuation, is led by San Francisco-based Constellation Network, Inc. and wants to provide other businesses with a “end-to-end blockchain business toolbox.”

Avalanche and its AVAX token were the third highest performance this week among the top 100 currencies, climbing 45.7 percent in the last seven days. The coin, which is ranked 21st in terms of market capitalization, was also up 4.5 percent in the last 24 hours, trading at USD 45.13.

The surge in value for Avalanche’s AVAX token comes on the heels of the project securing several significant partnerships in recent days, aided in large part by the deployment of its fork for blockchain-based liquidity mining.

IOST, which is marketed as a “Internet of Services” platform, was the week’s fourth greatest performer, gaining slightly over 36.7 percent. However, the token fell 8.7 percent in the last 24 hours, trading at USD 0.04276 at press time.

With a 34.3 percent rise over the last seven days, bitcoin cash ABC (BCHA), which was recently rebranded as eCash (XEC), came in fifth place, ahead of bitcoin cash (BCH), from which it was forked in late 2020. Additionally, the price increased by 0.4 percent over the last 24 hours, trading at USD 76.63.

Bitcoin cash ABC is the 78th most valuable cryptocurrency, according to CoinGecko’s market cap rating. Other rating sites, on the other hand, rank it substantially lower. In conjunction with its renaming as eCash, bitcoin cash ABC is being redenominated at a 1:1 million ratio.

While the week’s greatest performer gained more than 50%, Audius and its AUDIO token fell approximately 28.2 percent. The coin, which is now ranked 100th in terms of market capitalization, represents governance rights on the Audius streaming protocol and is supposed to be used on the platform by both artists and fans.

AUDIO has lost 4.2 percent in the last 24 hours and is currently trading at USD 2.37 in the market.

Kusama, which is built on the same codebase as smart contract platform Polkadot (DOT), seeks to provide a secure environment for testing and experimenting with new applications that will eventually be uploaded to Polkadot.

xSUSHI, which is currently ranked 99th in terms of market capitalization, is a coin linked with the SushiSwap decentralized exchange. The token has lost 17.2 percent in the last seven days, making it the week’s third worst performer.

Internet Computer and its native token ICP are the fourth-worst performers this week, having lost 16.7 percent of their value in the last seven days. The coin, which is ranked 19th in terms of market capitalization, was also down 3.7 percent in the last 24 hours, trading at USD 56.03.

The Internet Computer project, which was officially launched in May of this year, wants to reconstruct the web in order to establish a decentralized global computer. It is funded by investors such as Andreessen Horowitz and Polychain Capital.

SUSHI, the governance token for the SushiSwap decentralized exchange, fell 15.7 percent in the last seven days, ranking as the week’s fifth worst performer after rising by a similar percentage the previous week. The coin, which is ranked 62nd in terms of market capitalization, was trading at USD 11.8 at press time, but was up slightly more than 1.5 percent on the day.

SUSHI’s recent price movement follows the announcement earlier this week that SushiSwap will launch on the Avalanche blockchain.