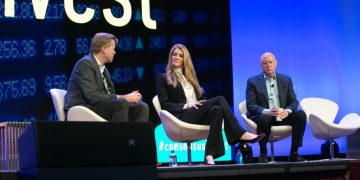 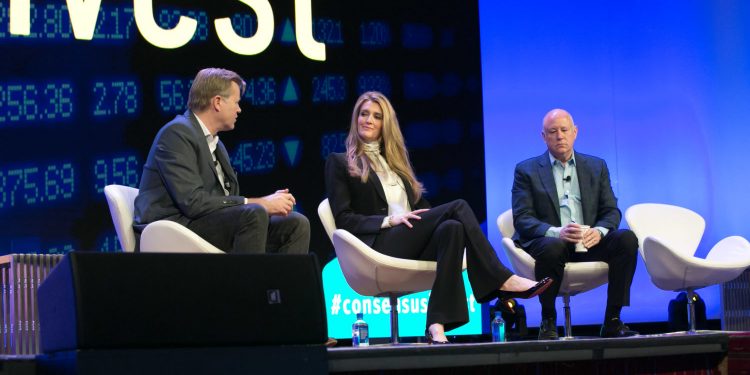 ICE, the parent of the New York Stock Exchange, originally planned to launch Bakkt in mid-December. Then it got pushed back to late January. Then, on New Year’s Eve, the launch was indefinitely delayed, with ICE saying its previous Jan. 24 target “will be amended pursuant to the CFTC’s process and timeline.”

Now, with the first quarter of 2019 nearly over, the Commodity Futures Trading Commission has yet to release Bakkt’s proposed exemption for public comment. That means even if the proposal came out today, the launch can’t happen until mid-April at the earliest since the commissioners have to give the public 30 days to weigh in and then take another few days to read the comments before voting on whether to approve the plan.

And as of late February, the proposal, which would allow Bakkt to custody the bitcoin trading on the platform, was still being reviewed by the CFTC’s Division of Market Oversight, two officials said.

Why the hold-up? The government shutdown, which began on Dec. 22 and lasted a record five weeks, creating backlogs at the CFTC and other agencies, surely didn’t help matters. In getting caught up, the agency has prioritized other matters, mostly unrelated to crypto, including more than half a dozen enforcement actions announced since the shutdown ended.

But the ambitious nature of Bakkt’s business plan is likely also a factor in drawing out the process.

To be clear: the issue is not necessarily with Bakkt’s envisioned one-day futures contract, which would be physically settled, meaning the buyer would receive the actual commodity – bitcoin – at maturity.

The different analyses examine whether the futures contracts, once offered, are “readily susceptible to manipulation,” Zaidi said. This is a concern with cash-settled contracts, where at the end one party pays the other the difference between the spot and futures prices; if the spot price is determined from a manipulated price feed, one side is getting bilked.

With a physically settled contract like Bakkt’s, “you don’t have to worry about the cash market, so some of [the] concerns [are resolved],” said Zaidi, who would not discuss the proposal any further.

Yet while the manipulation concerns associated with cash-settled contracts may be addressed by physically settled futures, Bakkt’s intent to act as its own custody warehouse appears to have raised other issues.

A former CFTC staffer, who spoke on condition of anonymity because their current employer has business before the regulator, noted that generally, commodity futures exchanges use a service provider like a bank or trust to manage custody “under the full control of the clearinghouse.”

The contracts are settled at the bank or trust, but the underlying asset would be delivered “under the auspices of the clearinghouse, and under federal or state oversight of the bank or trust,” this lawyer said.

“It seems to me, without more information, that Bakkt is trying to gain approval as a third-party warehouse similar to a silo where it’s controlled by the requirements put in place by the clearinghouse and the exchange, by ICE’s regulated entities in this case,” they said.

Yet Bakkt’s proposal, based on what information has been publicly released to date, could result in the firm not falling under federal or state oversight.

In December, a source familiar with the CFTC’s process told CoinDesk that Bakkt’s proposal to custody bitcoin on its clients’ behalf using its own warehouse had been passed from the agency’s staff to the commissioners.

However, it would appear this is no longer the case.

The former CFTC staffer said it is not unusual for proposals to be sent from the Commissioner level back down to staff, particularly “if [the Commissioners] are not comfortable with the direction or their questions are not answered.”

Late last month, Commissioner Brian Quintenz told a group of reporters at a derivatives conference in New York that he did not have the Bakkt proposal before him at the time, meaning he would not be able to vote on whether to release it for public comment.

When pressed about Bakkt, CFTC commissioners repeatedly referred CoinDesk to the regulator’s work with guidance on “actual delivery” – a long-standing issue for the agency – to indicate that the agency is still examining the crypto space, if not specifically the Bakkt proposal.

Speaking to CoinDesk in late February, CFTC Commissioner Dan Berkowitz explained that this guidance “is one of the priorities [for] the agency,” but that there are also a number of other issues to examine (of the non-crypto-related variety).

Like Berkowitz, Quintenz referred CoinDesk to the regulator’s examination of its actual delivery guidance.

For its part, Bakkt appears to have been continuing to build out its product and systems. In January, CEO Kelly Loeffler announced that the company was acquiring select assets belonging to Rosenthal Collins Group, a futures commission merchant.

These assets included former employees of the group, and Bakkt finalized the deal the next month.

In her January announcement, Loeffler stated that the “acquisition underlines the fact we’re not standing still as we await regulatory approval by the CFTC for the launch of regulated trading in our crypto markets.”

Loeffler did not provide any revised estimates on when Bakkt would launch.

Bakkt declined to comment for this story. But at a derivatives conference in Boca Raton, Fla., last week, chief operating officer Adam White spoke in general terms about the exchange’s work with regulators, indicating his team recognized a need for patience.

“It’s not the world where you fill out an application, you throw it over the fence and you hope you get it back so you can launch your business,” he said, without mentioning the CFTC or the status of Bakkt’s proposal. “It’s partnering and working with the regulators to help them understand what is hard fork, what a deep chain reorg is, why one blockchain or public blockchain may be sufficient and capable while another one isn’t. It’s very much the approach that we’ve been taking.”

“And the regulators are going to move at the pace they are comfortable with, so that they are protecting the public.”